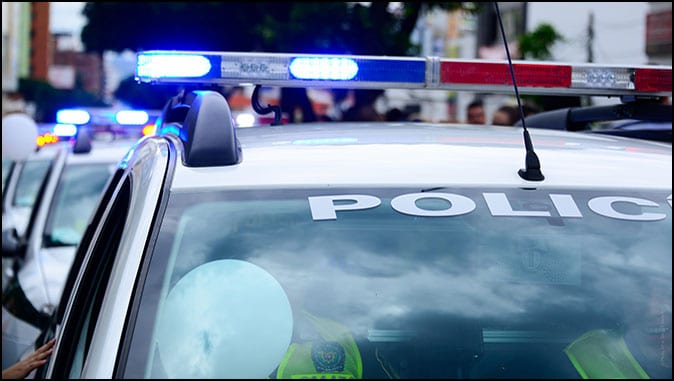 Lawlessness Spreading Across the Land
By Hal Lindsey

For several years, we heard that millennials wanted to live in big cities. Sociologists said this trend would change everything. But, as with so many things, 2020 turned that trend on its head. Suddenly, Americans of all ages can’t get to the suburbs and rural areas fast enough. The move to the cities was made possible by dramatically lowering the crime rate in those cities. But now, urban crime is rising so fast it makes your head spin.

A recent article in The Hill said, “An estimated quarter of a million New York residents will move upstate for good, while another 2 million could permanently move out of the state. More than 16,000 New York residents have already relocated to suburban Connecticut. The preliminary figures show New York is also losing citizens to rural New England and Florida in significant numbers.”

The housing boom in San Francisco seems to have finally gone bust-at least for now. Real estate prices there have dropped by more than 50%. It’s still an expensive place to buy a home, but can you imagine how people feel who bought houses in that area only a few months ago?

The crisis in these cities comes in part from the coronavirus. But it is being exacerbated by the rise in violent crime. If you have been a regular viewer of my television programs through the years, you’ve heard me speak many times about the crucial role of the “thin blue line” of police in our communities. That line stands between us and the law of the jungle.

That’s especially true in times of crisis. Yet many cities are defunding, even dismantling their police departments. In New York, they have decided to take a billion dollars out of the police budget. Los Angeles wants to defund police to the tune of 250 million dollars. In Minneapolis, they say they intend to dismantle their police department altogether. That means erasing the thin blue line. You can be sure that the elites in those cities will have all the security they need. But the poor and the middle class will become increasingly vulnerable.

The Bible foretold that the time near the return of Christ would be marked by lawlessness. In Luke 17:26-30, Jesus compared those days to the times of Noah and Lot. Genesis 6:11 tells us that in the time of Noah, “The earth was corrupt in the sight of God, and the earth was filled with violence.”

That sounds like today-rampant violence and corruption. Lot lived in a time and place of violent mobs. In both stories, we see that people lacked empathy, and thought mostly of themselves and their pleasures. Several places in the Bible warn us that the end times will be times of “lawlessness.” That, along with so many other signs, seems to be describing our day.

Along with lawlessness, we’re seeing an assault on the nuclear family. One organization being highly funded by corporate America plainly says on their website, “We disrupt the Western-prescribed nuclear family structure.”

But the family structure is not “Western-prescribed,” it is God-prescribed. It is the foundation of civilization.

Notice how all these things are an attack on civilization itself. The judicial system and police are under fire. The concept of family is under fire. The educational system has been largely co-opted by people who hate God and the things of God. I could go on and on about the God-appointed institutions meant to protect us, that are now under siege.