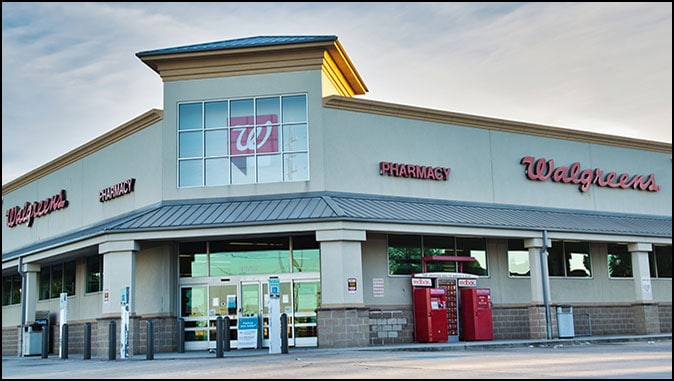 If I were to describe the level of lawlessness that we are now seeing in America to a year 2000 audience, they would likely think that was crazy. We don’t just have high crime in our major cities; we are losing the ability to have a functioning society.

In my youth, drugs, gangs, and robbery were the top concerns. Some people didn’t need to worry that much about crime because most of that stuff took place in the bad part of town. Today shoplifting is at such an epidemic level, we may soon see retailers and drug stores become as rare as record and book stores.

I’ve written before about stores closing because thieves are legally allowed to just walk in, fill their bags up with goods, and walk out the front door. On average, thieves are stealing more than 100 million dollars worth of merchandise from our retailers every single day. Since most retailers only make a profit at around 2-3%, they can’t stay in business with this level of theft.

This crisis wasn’t the result of a bad economy. Liberal city leaders rolled back laws that punished shoplifters. In many cities, as long as you only steal a certain dollar amount, you will not be charged with a felony. The few people who are arrested are normally released after being booked, and they never see a day before a judge.

Gangs of professional looters will sweep in on a target and snatch items that can be easily sold on the street. It’s not just the high-end designer clothing that is being targeted. In Connecticut, a group of thieves stole vast quantities of laundry detergent from a store.

The store workers just stood around and watched the crime take place. In a video that someone posted to Twitter, you can hear an employee warning another not to intervene because he will get fired. If the store goes out of business, he’ll still get fired. There was a time when a person would be made employee of the month for stopping the most amount of theft.

I found one news item that said Target had to close several of its bathrooms because people were taking merchandise into the bathroom, taking the item out of its container, and flushing the cardboard or plastic down the toilet. It’s a huge expense to clean out the plumbing. To combat the problem, Target installed mobile baths outside their stores and said they were remodeling the ones inside the store.

If you thought that leaders in these liberal cities would be embarrassed by the looting they’ve triggered, you would be wrong. The people of San Francisco don’t understand the pitfalls of changing the rules that allow people to steal $950 worth of goods at any one time.

The drugstore chain Walgreens recently said it would be closing an additional five stores in the city, bringing the number of shuttered locations to 22 in the past five years, according to the San Francisco Chronicle. The company has cited “organized retail crime” for the closings. Instead of crying for a crackdown on crime, the news has been met with intense skepticism.

San Francisco’s own leaders have openly questioned the company’s claims. “They are saying [retail theft is] the primary reason, but I also think when a place is not generating revenue, and when they’re saturated — S.F. has a lot of Walgreens locations all over the city — so I do think that there are other factors that come into play,” Mayor London Breed said last week.

Walgreens obviously has a financial reason for closing those 22 stores. If it were me, I would close all my stores in San Francisco just because I would not want to support the most leftist city in America. Walgreens is a corporation that has a financial responsibility to make money for its shareholders. If it’s in a location that is losing money, it needs to stop the bleeding.

In addition to retail theft, there has been an alarming rise in the number of “follow-home robberies.” Apparently, criminals are specifically targeting highly vulnerable people. Once a sufficient target has been identified, the crooks follow the target all the way home before robbing the individual.

In some cases, professional criminals are not just satisfied with robbing people. In Las Vegas, an 82-year-old woman was buried in her backyard, and then the criminals took over her home and her finances.

“After finding her, the decision was made between several people that they were going to dismember her body and bury her,” Metro homicide Lt. Ray Spencer told KLAS-TV. “And then basically drain her finances and sell off her belongings, fraudulently.”

Lucille Payne’s neighbors said that her house appeared empty for years, but the police did not become suspicious of her home until they received a tip this April.

Finding Payne’s body did not take long as “she was not buried very deeply,” Spencer told the news station. “An officer started to move the dirt and found her arm inside a very shallow grave in the backyard,” he said.

In Seattle, the downtown area has become so dangerous that city employees are now being escorted by security guards once they leave work.

King County’s new ‘walking bus’ will debut on November 15, and see council workers based in Downtown Seattle and nearby Pioneer Square escorted to a nearby train station and ferry terminal each evening before being left to continue their commute home.

As our nation reaches the point where it becomes dysfunctional, people will reach the point where they support a vital backlash against crime. Shoplifters may be executed on the spot. When drug crime got bad in the Philippines, the people voted in a president that gave the police freedom to kill drug traffickers on the spot.

The world will soon surrender to a man that will save international problems. Of course, he will be the antichrist, the man who will plunge the planet into World War III. The lawlessness we now see is a clear indicator that the rapture is very near.