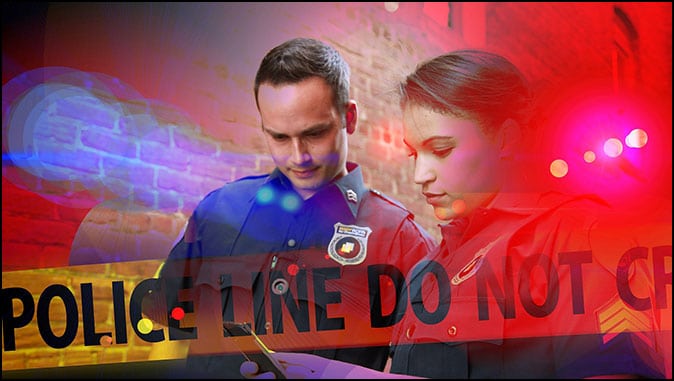 Lawlessness Is Setting the Stage for the Antichrist
By Todd Strandberg

The effort to defund the police has had an immediate impact on violent crime numbers. City after city is reporting a huge spike in the murder rate.

In Chicago, at least 89 people were shot over the Fourth of July weekend, with 17 of them dying, including seven-year-old Natalie Wallace in Austin, a suburb of Chicago.

The child was playing outside her grandparent’s home when three suspects got out of a white van and fired around 20 shots, with the seven-year-old getting caught up in the incident. She suffered a gunshot wound to the forehead and was pronounced dead later that day.

During a press conference, the child’s father, Nathan Wallace, said: “It is sad you hear this on the news every day a child getting killed, somebody getting killed, but you don’t think about it until it’s your own.”

Chicago has seen a shocking rise in gun violence over the last month, and on 31 May, the city recorded its most violent day since in six decades; 25 people were killed and 85 were wounded by gunfire. This year, at least 350 people have been killed in the city, and since 20 June, nine children have died after being caught up in shootings.

The leftist Mayor of New York, Bill de Blasio, has done everything he can to weaken and demoralize the city’s Police Department. De Blasio promised to strip away a billion dollars from the police budget, and he disbanded a plainclothes unit of approximately 600 officers. In the last few weeks, the number of shootings was about three times greater than during the same time period in 2019.

The lack of manpower on the street level makes it much harder to tackle rising felony crimes, and the growing number of illegal guns pouring into the neighborhoods adds to the problem.

Commissioner Dermot Shea, during a recent interview, was asked about the reason for high crime levels.

“It’s bail reform. It’s COVID. It’s emptying out prisons,” he said, noting that “one of the most frustrating pieces right now is a criminal justice system that is just not working. And I’m calling on Albany to fix it. Fix it now.”

“I met with the five district attorneys of New York City last week on this issue. We have thousands and thousands of cases backlogged,” said Shea.

The liberal media have been instrumental in degrading the effectiveness of law enforcement. Any mistakes the police make are highlighted by this cabal of evil. It amazes me that the American people have allowed this madness to reach a point where the press is cheering on lawless thugs that seek to destroy our nation.

CNN’s Chris Cuomo sided with the mob during a contentious interview with Mark McCloskey, the man who went viral for brandishing a gun alongside his wife as the couple protected their home from protesters. The couple told police the protesters broke a gate to get onto the private street in St. Louis, and the pair say they only retrieved their firearms when they spotted “multiple” people who were already armed.

Cuomo began the interview by asking McCloskey what it feels like to have become the “face of political resistance to the Black Lives Matter movement.” McCloskey shot back that it was a “completely ridiculous” statement and said he was simply protecting his home.

“I’m not the face of anything opposed to the Black Lives Matter movement; I was a person scared for my life,” he said. “I was a victim of a mob that came through the gate; I didn’t care what color they were.”

If the so-called Black Lives Matter protesters had murdered the McCloskeys, it’s unlikely that CNN would have reported their deaths. Just like the black people who get murdered every day in our major cities, the only deaths that matter are those that fit the liberal agenda.

The left welcomes the lawlessness because they see it as helping the Democratic ticket in the upcoming election. Being an appeaser to this type of mob is like someone who feeds a crocodile — hoping it will eat him last. The McCloskeys were for Black Lives Matter until its followers invaded their property.

This climate of lawlessness is the perfect setting for the rise of the antichrist. To have someone who will appear to be the ultimate savior of mankind, you need a problem for him to solve.

“…And power was given him over all kindreds, and tongues, and nations. And all that dwell upon the earth shall worship him, whose names are not written in the book of life of the Lamb slain from the foundation of the world” (Rev. 13:7-8).

Pray for the Peace of Jerusalem

Prophetic Perspectives: Is the Pope Catholic?

Jewish Preparations for the Messiah (Part 5 of 5)

Jewish Preparations for the Messiah (Part 5 of 5) By Dr. David Reagan Temple Readiness…

Jewish Preparations for the Messiah (Part 4 of 5)

Jewish Preparations for the Messiah (Part 4 of 5) By Dr. David Reagan The Sanhedrin…