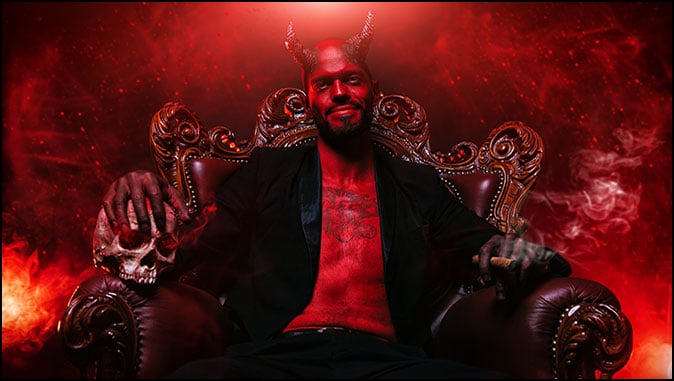 The writer of this article was recently asked, “Why do the globalists who are supposed to be very intelligent make decisions that are so clearly wrong?”

Most don’t realize it, but Satan is behind their evil.

He has blinded them to the extent that they don’t believe the Bible is the Word of God.

They push a godless world government, world religion, same-sex marriage, tracking everyone, etc., because they are not Christians (even though some falsely claim to be good Catholics, etc.).

Many were appointed by like-minded people, not elected by voters or nations.

They wouldn’t dare have an election because they don’t believe they can get elected.

The globalists overlook what the Clintons and Bidens have done because they share similar views on the issues listed above.

Their puppets impeached Trump twice because he opposed their views.

Their prosecution of Trump supporters for what happened at the capitol on Jan. 6, 2021, while ignoring the rioting, looting, destruction of property, etc. by Antifa, Black Lives Matter, and others, should concern every conservative and Christian because when the globalists get the upper hand (and they will), they will destroy the U.S. Constitution, and persecute and destroy those that disagree with them.

The following events indicate that the latter years and latter days, globalism, global pandemics, food shortages, persecution, etc., are on the horizon.

ONE, concerning the Battle of Gog and Magog in the latter years and latter days: on July 20, 2021, Sen. Lindsey Graham said, “The Iranians are progressing (on their development of nuclear weapons) at a dangerous pace.”

– “Israel may need to take pre-emptive military action against Iran.”
– “I’ve never been more worried about Israel having to use military force to stop the program than I am right now.”

TWO, also concerning the Battle of Gog and Magog: it was reported on July 21, 2021, that Israel’s military and foreign intelligence agency said Israel needs a variety of plans to sabotage, disrupt and delay Iran’s development of nuclear weapons, and they will probably be asking for the money and resources to do that.

THREE, also concerning the Battle of Gog and Magog: Israeli Prime Min. Netanyahu and Russian Pres. Putin agreed that Israel would give Russia advance notice of Israeli attacks in some areas of Syria, and Russia would not intervene.

On July 24, 2021, DEBKAfile, an Israeli intelligence and security news source group, reported that a Russian official confirmed that Russia has changed its policy on not intervening in Israeli attacks in some areas of Syria because Russia has received confirmation from the Biden White House that the U.S. does not condone the continuous Israeli raids.

Thus, while the Biden administration is publicly saying Israel has a right to defend itself, it is telling Russia that some of Israel’s efforts to do that are unacceptable.

The Bible clearly teaches that the merchants of Tarshish and all the young lions (perhaps includes the U.S.) will not help Israel during the Battle of Gog and Magog (Ezek. 38:13).

Corrupt world leaders, deceit, and lying are also signs of the end of the age.

FOUR, on July 27, 2021, i24NEWS reported that Israel has notified the Biden administration that Iran is on the verge of crossing the nuclear threshold, and it could happen at any moment.

Because Pres. Obama sent Iran a planeload of money during his administration and seems to be influencing events in the Biden administration, notifying Biden might be a waste of time.

This may help explain the belief that the U.S. will not help Israel during the Battle of Gog and Magog (Ezek. 38:13).

FIVE, concerning famine: it is common knowledge that the Covid-19 lockdowns disrupted the world’s food chains (farmers and farmhands were quarantined; stores ran out of toilet paper, some foods, etc.; food processors closed or cut back; some trucks stopped rolling, etc.).

On July 23, 2021, it was reported that there are still bare shelves in some food stores in the U.K., the food supply chains are “at risk of collapse,” millions of workers have been ordered to self-quarantine, the food industry is running out of workers to keep the stores supplied, and the U.K. could be just a few months away from a major crisis.

Under the guise of stopping the spread of Covid, the U.K. government may be creating “food shortages and mass famine.”

– Note: It was recently reported that Senate Minority Leader Mitch McConnell warned that there will be another lockdown in the U.S. if American citizens “don’t wise up and get vaccinated against Covid-19.”

– Note: On July 28, 2021, in an interview on “Fox & Friends,” Stuart Varney said an important business group is predicting that supply shortages will last until 2023.

Some prophecy teachers believe that Covid-19 is a created crisis (a pretext, a set-up, perhaps an engineered cluster of catastrophes) that globalists are using to prepare the world for a world government.

According to the pro-liberty group, Brighteon, on July 22, 2021, “very few people are prepared to survive a multi-layered, engineered cluster of catastrophes that are unleashed on top of each other.”

God’s Seal, Trumpet, and Bowl judgments during the Tribulation Period will be multi-layered catastrophes (pandemics, famine, economic collapse, etc.) on top of each other, and very few will survive.

– Note: This writer believes we could be watching the development (early stages) of those multi-layered judgments.

SIX, concerning deceit: on July 20, 2021, Sen. Rand Paul said on Sean Hannity’s T.V. program, “I will be sending a letter to the Department of Justice asking for a criminal referral (of Dr. Anthony Fauci) because he has lied to Congress” (about the involvement of the National Institutes of Allergy and Infectious Diseases in the research at China’s Wuhan Institute of Virology).

– Note: This writer does not know how to verify it but has seen reports that Fauci owns stock in one or more of the companies that have been approved to sell the Covid-19 vaccine (If true, he is likely profiting off forcing people to be vaccinated and opposing the use of Hydroxychloroquine and Ivermectin).

– Second Note: It has been reported that Fauci could spend up to 5 years in prison, but it is the opinion of this writer that the globalists (also called the Shadow Government, Deep State, super-wealthy elitists, etc.) will protect him because they are pro-vaccination. They want him to keep using his ever-changing fake science.

SEVEN, concerning world government and open borders: on July 21, 2021, it was reported that keeping the U.S. border with Mexico open is costing about 3 million dollars a day in suspension and termination payments to contractors to guard steel, concrete, and other materials they have in the desert.

EIGHT, militant Muslims say Jews should not be allowed on the Temple Mount because the entire Temple Mount is an Islamic site and none of it belongs to Israel.

On July 17, 2021, the eve of Tisha B’ Av (a holiday for remembering the destruction of the first 2 Jewish Temples; July 17-18 in 2021), it was reported that Jews were praying (and some were teaching Torah, a name for the Scriptures in the first 5 books of the Bible) on the Temple Mount.

On July 20, 2021, Prime Min. Bennett came out in support of freedom of worship for Jews on the Temple Mount.

According to the Bible, the Jews will eventually get permission to rebuild the Temple.

Update: On July 25, 2021, it was reported that the temporary truce between Israel and the Palestinians is fragile, may be coming unraveled, and another war could be on the horizon.

NINE, concerning pestilence: on July 22, 2021, Israeli Prime Min. Bennett said as of Aug. 8, 2021, Israeli citizens will not be allowed to enter synagogues and other facilities without a vaccine certificate or proof of a negative Covid-19 test.

U.S. citizens are not having to prove that they have been vaccinated to attend places of worship, but some companies are requiring it.

TEN, concerning natural disasters: on July 26, 2021, it was reported that June in North America was “the hottest in recorded history.”

The southwest U.S. is experiencing the worst drought in 122 years.

– It covers almost 90% of the southwest, and much of that is classified as severe to exceptional drought.

– Reservoirs and rivers are drying up, fish are dying, wildlife is suffering, farmers and ranchers are hurting, crop and cattle production is down, some ranchers and dairy farmers are going out of business, water rationing is beginning to kick in, and more than 60 million people are impacted.

86 wildfires are burning in 12 states, drought conditions have made them worse, two major wildfires have merged, and more than 10,000 houses are in danger.

The long-range forecast is for the high temperatures to continue through the fall.

Call it what you want; some officials are already blaming it on global warming because it fits their globalist agenda. But natural disasters will be like birth pains (increase in frequency and intensity) at the end of the age, and this record-breaking event seems to qualify.

As I close, understand that as bad as things are right now, Satan and the Antichrist are limited or partly restrained (2 Thess. 2:7-9).

But the time will come (the Tribulation Period) when Satan and the Antichrist will no longer be restrained, and the events will be worse than anything that has ever happened or ever will happen (Matt. 24:22).