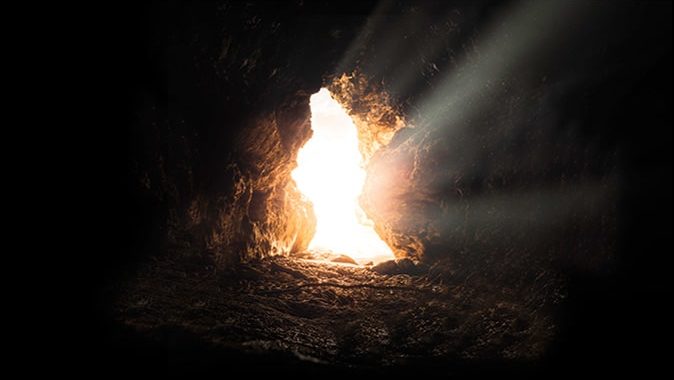 U.S. Surgeon General Dr. Jerome Adams appeared on CBN News where he said about the COVID-19 pandemic: “No coincidence that this is happening at Easter.”

Under a danger of death, no one has time to think in Easter Bunnies and other fantasies. And if he thinks that COVID-19 is a fantasy itself, only disease and death can dispel it from his mind.

Yet, most people are too worried to give attention to fantasies. This is the reason it is more important than ever to value the Easter season as the season where Jesus was sacrificed as an innocent Lamb to deliver us from eternal death and angels of death.

In the ancient Egypt, God commanded a death plague to chastise Egyptian idolaters, and God’s people were protected by putting the blood of a lamb in their doors and by staying in their houses. They obeyed and were protected.

Jesus is such Lamb in such perilous time. And His blood has power.

Might there be some prophetic meaning in what is happening? Might God be allowing this epidemic as a consequence of sins of people and nations?

As I was preparing this message in my prayer room, I picked up an old Bible. I have several dozen Bibles, and a note fell out of this old Bible and as I read it, I was trembling and crying. Here is why. It was written in 1986 on a Tuesday. I was having breakfast with a minister by the name of David Wilkerson at the Embassy Suites near the Dallas Fort-Worth Airport. The letter he showed me was addressed to Rev. Richard Dortch who was running PTL under Jim Bakker. It said, “Rev. Dortch, within 12 months from the date of this letter the judgment of God will fall on PTL. You are fornicating with brick and stone. Flee now and repent. Bats will fly through the empty building.” A month later, I was with Dortch, and he mocked David’s letter saying, “if I fornicate it will not be with brick and stone. These attacks aren’t against me or Jim Bakker, they are against God.”

It was exactly 12 months to the day that The Charlotte Observer broke the PTL scandal. Twelve months to the day of Dave Wilkerson’s letter. But he said something else to me that I wrote down. He said, “I see a plague coming on the world and the bars, church, and government shut down. The plague will hit New York City and shake it like it has never been shaken. The plague is going to force prayerless believers into radical prayer, into their Bibles and repentance will be the cry from true men of God in the pulpit. And out of it will come a third Great Awakening that will sweep America and the world.” —David Wilkerson.

Did you see what he just said? The greatest coronavirus plague is in New York City right now, shaking it like it has never been shaken.

What can we do? People need to know that Jesus died to deliver them from sin and hell. Worse than coronavirus is to depart to eternity without Jesus’ salvation. But how will people know about this salvation if we do not speak about what Jesus did on the cross for them?

In 2018, Trump celebrated Easter, Passover… and Easter Bunny, mixing everything as if they were of equal value. I doubt that he will celebrate the useless Easter Bunny in 2020.

In time and out of time, we should proclaim and demonstrate the Gospel of the Kingdom of God, healing the sick and expelling demons, exactly as Jesus taught us.

The End Times According To Zechariah

The Prepping of Society for the Antichrist

The Prepping of Society for the Antichrist By Jonathan C. Brentner When 2020 began, who…

How Twenty Becomes Ten By Jonathan C. Brentner I remember when the European Union first…

The Mark of the Beast Goes Mainstream