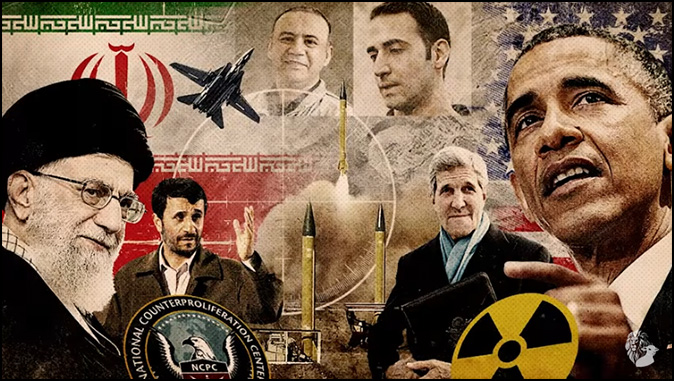 Nathan Jones: While Western attention is focused on the war in Ukraine, other malignant states are plotting to act. China has been expanding its belligerence in the western Pacific. North Korea is threatening its neighbors and America. And, Iran is on the brink of acquiring a nuclear weapon.

What is behind Iran’s irrational irascibility? And, how does this pertain to Israel? Let’s explore this topic.

Tim Moore: When talking about Iran’s irrational irascibility, the word irascibility just means that Iran’s leaders are contemptuous and have been attempting to foment evil wherever they turn.

Nathan Jones: The world’s tensions right now are almost solely focused on the war in Ukraine. Covid is kind of wearing out, though there is still some of that going around. In the meantime, Iran is still working its agenda behind the scenes while the world’s eyes remain focused elsewhere. And, knowing that Iran’s ambitions continue as they are trying to start a holy war in the Middle East and dream of annihilating Israel, we should turn our eyes back on Iran to see what evil scheme the Ayatollahs are hatching.

Tim Moore: When Iran revolted against the Persian Shah back in the late 1970s at the tail end of the Carter administration, they famously took many Americans as hostages at the U.S. embassy and then held them there for 444 days. The hostages were released on the very day that Ronald Reagan was inaugurated as President because he made it very clear that he would not tolerate that kind of behavior. Ever since then, Iran has considered the United States to be “The Great Satan.” Iran’s leaders, of course, hate Israel, and since Israel is a small country, they call it “The Little Satan.” Iran’s leaders have also hated all things western, democratic, Christian, and Jewish. And so, there is an irrationality to Iran’s behavior that has been evident for the last 40 years plus.

Nathan Jones: The Iranian Ayatollah leadership are Shiites and so they are very devoted to their belief in their eschatological doctrines. Their end times views are really what’s driving Iran to behave as they have been. I cringe whenever people claim that one’s religious views don’t really matter in world affairs. That’s naive because quite a number of nations’ agendas are being driven by their religious mindset. Even so-called humanist nations such as North Korea still worship Kim Jong-un.

Iran’s leaders believe that if they can start a war in the Middle East then the Twelfth Imam — the Mahdi — will return to set up Islam as head over a new global caliphate and the Ayatollahs will then rule over the entire world. This means that Iran’s leaders believe then that their attempts to foment war are a good thing in their eyes. They long to start a war with Israel to destroy the Jewish people because there are many verses in the Koran that talk about Allah’s need for the destruction of the Jewish people. So, Iran’s behavior is religiously motivated.

And so, it is sad how the secularized West looks at Iran and thinks their behavior stems from a need for jobs or a response to Global Warming or some such crazy reason. But, no, Iran is fueled by its own religious and eschatological motivations.

Tim Moore: It sure does as everything inevitably boils down to theology. We are unwise not to consider the theological implications. Quite frankly, many of our leaders have dismissed theology as a motivation for our foes, and that is to their discredit. Really, doing so undermines truly understanding these situations because eschatology does indeed play a huge role in Iran’s mindset.

Iran’s former president, Ahmadinejad, who seemed very irrational to America during his presidency, was merely following through on his belief system. He didn’t even care if his own nation got incinerated as long as he was able to foment chaos because he believed that out of that chaos and potential conflict the Twelfth Mahdi — that Shiite final ruler and their messianic figure — would emerge to institute Islam over the entire world. Ahmadinejad was willing to take his nation into war and commit acts that could devastate his own nation because doing so played into his eschatology. Israel understands this thinking and so recognizes that Iran possessing a nuclear weapon would be an existential threat to them.

Tim Moore: Sadly, yes, right now the world is distracted by the war in Ukraine and Covid. Our own nation is also distracted by all of the economic woes that are being inflicted on us by our current administration, whether it be inflation or the devaluing of our currency. We are in dire straits economically and more so than most people realize. The point is that under our current leadership there is no focus on Iran, except on trying to do whatever we can to create some kind of treaty with them. Quite frankly, the Iranians don’t care whatsoever about engaging in or honoring a peace treaty. So, Biden extending peace to Iran is a fool’s errand.

Nathan Jones: Yes, just look at the Obama years when his administration brokered the Iran Nuclear Deal. First, they tried to inflict on Iran sanctions to stop them from building a nuclear weapon. That didn’t work, so then Obama began giving Iran money in the hopes that doing so would make them not want to build a nuclear weapon anymore. That didn’t work because again Iran’s leaders are religiously motivated. Obama was caught sneaking shipments of gold bullion by plane in the middle of the night in an attempt to buy off Iran.

Now Obama’s former VP, Joe Biden, has been basically resurrecting Obama’s plan to give Iran even more money. Give a nation more money to stop them from building a nuclear weapon? Well, you just can’t buy these radicals off! Iran’s leaders have publicly declared again and again that they are building a nuclear weapon to wipe Israel off of the map. And, that should show you just how much Iran really cares about the Palestinians that they supposedly fight for, because the Palestinians would all die as well.

Nathan Jones: Iran is satanically motivated to destroy Israel. So, prophetically then, we have to look to the Bible to see if Israel will be destroyed by Iran.

Tim Moore: No, the Bible promises that the nation of Israel will not be destroyed by Iran or anyone else for that matter. We know both prophetically and by a promise of God that those who do not support Israel — who do not bless Israel — will find themselves judged. God did raise up nations to punish wayward Israel in times past, such as the Chaldeans and the Babylonians, and the Assyrians. And, where are these nations now? They are all sitting on the ash heap of history! God has used other nations to judge and discipline His people at certain times, but the Iranians themselves will be judged along with any other nation that does not bless and support Israel.

The United States, as we have indicated, has been a very fickle ally of Israel. Israel considered it a great blessing when our former president, Donald Trump, moved our embassy to Jerusalem. He was very supportive of Israel. But, right now under Biden, it feels like Israel has once more been cast aside. To Joe Biden, Israel is an afterthought. He’s pushing Israel to do things that they don’t want to do, like make concessions with Iran. At some point soon, Israel will likely act unilaterally to defend itself against Iran’s existential threat.

Nathan Jones: When you talk about supporting Israel, the Bible in Genesis 12 provides a promise that those who bless the people of Israel will be blessed and those who curse Israel will be cursed.

We also read about the destruction of Iran in Bible prophecy in Ezekiel 38-39. These chapters describe Russia leading a coalition of Islamic nations, including Iran, to try to destroy Israel and plunder the nation. But then, God steps into human history and he destroys these invading nations with earthquakes and natural disasters such as massive hail and with the invading armies turning on each other. God will next send fire down on the nations that attacked Israel. Iran’s satanic hatred of Israel will be met by God directly and the Lord will destroy those nations because of their hatred.

I do feel for the Iranian people because they are being dragged along by their religiously motivated government to their own destruction.

Tim Moore: I will say this, to our nation’s credit, and I give a shoutout to former President Harry Truman, the United States was the first to recognize Israel as a nation in 1948. God’s blessing fell upon this nation in the years following all because we were supportive of Israel. When we have supported Israel, we have been blessed. When we have pushed Israel aside, the blessing has been removed.

There is a blessing being poured out on Iran in this regard — Iran has one of the fastest-growing underground churches. Supposedly, Jesus Christ is appearing to Iranians — men, women, and children — in visions. Many Iranians have been responding by putting their faith in Jesus Christ. That’s worthy of great celebration because we do have Christian brothers and sisters in Iran today and our prayers are with them that God will preserve them.

Nathan Jones: We want all people to be saved, just as Jesus does. There are good countries and bad countries, good and bad leaders, and good and bad ideologies. We know from Bible prophecy that one day Jesus Christ will call a remnant out of Iran, out of Israel, and out of the United States and all other nations that know and follow Him. Our Lord Jesus will set up His kingdom on this earth, so we should continue to pray for that glorious event to come to pass soon. We Christians are all citizens of that future Millennial Kingdom.