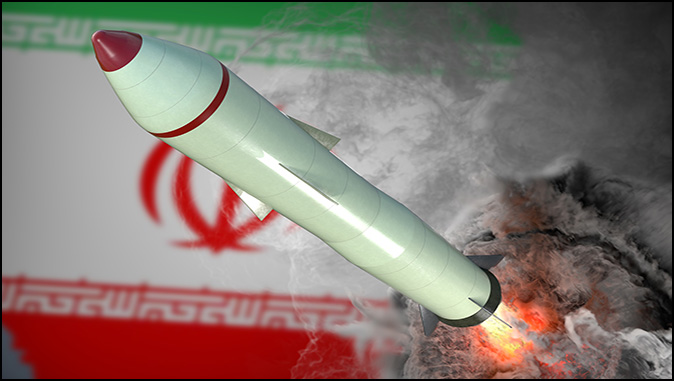 Last week Iran boasted that it now has the ‘technical means’ to produce a nuclear bomb. The International Atomic Energy Agency (IAEA) said earlier this month that Tehran had started “feeding…a cascade of…centrifuges” at a fuel enrichment plant. If high-grade uranium was loaded into those centrifuges, it could be the final step to achieving bomb-grade uranium.

“In a few days, we were able to enrich uranium up to 60%, and we can easily produce 90% enriched uranium. Iran has the technical means to produce a nuclear bomb, but there has been no decision by Iran to build one,” said a senior adviser, Kamal Kharrazi.

Uranium-235 is an isotope of uranium, making up about 0.72% of natural uranium. Unlike the predominant isotope uranium-238, it is fissile, i.e., it can sustain a nuclear chain reaction. Once the purity gets above 50% Uranium-235, it becomes very easy to reach the 90% target. It has also become harder for the world to track Iran’s enrichment progress.

Iran has long denied seeking nuclear weapons, saying it is refining uranium only for civilian energy uses and has said its breaches of Tehran’s 2015 nuclear deal with world powers are reversible if the United States lifts sanctions and rejoins the agreement.

Tehran gave assurances that its nuclear policy was unchanged and that it still adhered to a fatwa banning weapons of mass destruction after an Iranian official said the country was able to make atomic bombs.

“In regard to the topic of weapons of mass destruction, we have the fatwa,” or religious edict, by Iran’s supreme leader that prohibits the manufacture of such weapons, said foreign ministry spokesman Nasser Kanani.

The fatwa declares the use of atomic bombs and other weapons of mass destruction to be forbidden by Islam, and it is often cited by Iranian authorities as a guarantee of Tehran’s good intentions.

It is silly for an oil-rich country to claim it needs nuclear power to produce electricity. Iran has a 40-year supply of oil, so why would it want to waste billions of dollars on an energy source that’s a dozen times more expensive?

It is just plain insulting to our intelligence for Iran to claim its religion bans it from building weapons of mass destruction. If Iran does make a nuke, we can say we bombed their nuclear storage site to prevent them from backsliding in their faith.

In 2018, former US President Donald Trump ditched the deal and applied new economic sanctions on Iran. Tehran was violating the deal anyway, so Trump made the right move.

State Department spokesman Ned Price said US President Joe Biden “has made a commitment that Iran will not acquire a nuclear weapon.”

“We continue to believe that diplomacy is the most effective, durable, and sustainable means by which to achieve that,” he added.

There has been a series of talks in Vienna to revive the 2015 nuclear deal. The lack of any progress since March should make it clear that Iran is just stalling for time.

Iran is using the same playbook that allowed North Korea to achieve nuclear power status. The US government agreed to facilitate the supply of two light water reactors to North Korea in exchange for North Korean disarmament. Such reactors are considered “more proliferation-resistant.” We also provided fuel aid to North Korea to buy its compliance. Because the North Koreans were determined to get the bomb, no amount of goodwill on our part would work.

I think at some point, Israel is going to have to take military action. Iran would only need around 10 nuclear bombs to wipe the Jewish state off the map. Israel cannot coexist with a nuclear-armed enemy that chants for its destruction.

I am actually very surprised that Iran doesn’t already have a nuclear bomb. Iran’s nuclear program was launched in the 1950s with the help of the United States under the Atoms for Peace program. Since at least 2003, it has been conducting experiments aimed at designing a nuclear bomb. Most nations that set out to build an atomic bomb had one within 10 years. Iran has floundered because God has cursed its progress. If Iran goes nuclear, God may curse the nation itself.

“And I will bless them that bless thee, and curse him that curseth thee: and in thee shall all families of the earth be blessed” – (Genesis 12:3).