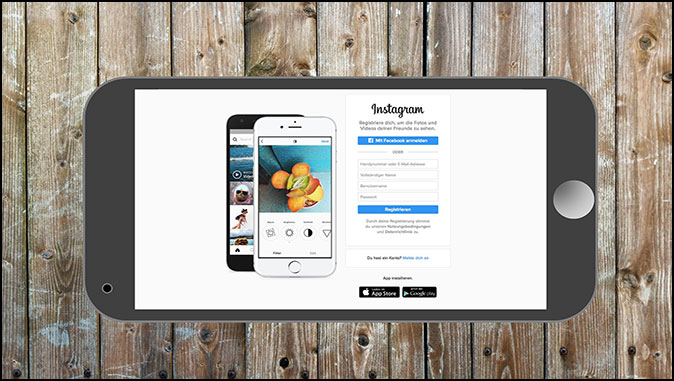 The first king of social media was Myspace, then came Twitter and Facebook, and now a new site is taking over the reins. Instagram is a site primarily used for posting pictures and short videos.

Originally launched for iOS in October 2010, Instagram rapidly gained popularity, with one million registered users in two months, 10 million in a year, and 1 billion as of June 2018.

Instagram is owned by Facebook, which bought the company for $1 billion in 2012. With the firm now said to be worth $100 billion, Mark Zuckerberg did quite well on his investment.

As of June 2021, the most followed person is Portuguese professional soccer player Cristiano Ronaldo, with over 300 million followers. The most followed woman is American singer Ariana Grande, with 251 followers. I found a list of the top 50 accounts on Instagram, and over 90% of the list is dominated by people who are known for their looks.

I’ve spent a couple of weeks trying to understand the platform. Because I normally work with PC, I quickly realized this domain is meant to be run on a smartphone. I also made the determination that Instagram sets a new low in self-worship. I would call the site the Vanguard of Vanity. If you are considered to be eye-candy, you can join the club. If you have no talent or looks, you can go somewhere else.

The primary goal on Instagram is to get the highest number of people to follow you. You post pictures and hope for a large number of likes. People can also post comments, and these can lead into the thousands. The average comment is not in any language. People mostly post symbols of hearts, fire, and an assortment of smiley faces.

On Kylie Jenner’s account, she has images that have been viewed millions of times, and there might be 30,000 comments to her post. There is almost zero chance that Jenner is going to see the posts. I looked on dozens of posts and couldn’t find any comment that Jenner gave any response.

I probably lost a few IQ points skimming through Instagram pages. On 4 January 2019, someone posted an image of a bird egg with the caption, “Let’s set a world record together and get the most liked post on Instagram.” Within days, the egg photo got 54 million likes.

For every Justin Bieber with 183 million followers, there are millions with hardly any followers. I found one guy who works as a model who had one million followers. I did some test inputs by responding to some of his posts. At first, I was amazed that he liked my comments, but I quickly learned that he likes everyone’s comments. He and millions of other people are wasting huge amounts of time on this site.

I read a few articles that said this model was having mental health issues. I posted my concern on his Instagram account about his mental well-being, and not a single person shared my concern. One woman said he was “thriving,” and I should check on my own mental health. He may be thriving at age 24, but where will he be at age 34? At some point, the phone is going to stop ringing because his looks have faded, and younger models have taken his place on the catwalks.

You don’t get to be a star on Instagram for very long. The singer Madonna only has 16 million Instagram followers. If this were 1985, she would likely have over 200 million followers. Instagram fame only lasts as long as you remain very attractive.

If social media had existed in the 1800s, the top accounts would be by authors, ministers, and politicians. Today, you can have an IQ of 70 and be a star on Instagram.

Social media sites like Instagram have driven people to levels of self-promotion that God never intended. Many people have become slaves to what the public thinks of them. It’s nice to be famous, but it doesn’t guarantee happiness. God’s word says that pride generally results in a negative outcome:

Anyone who tries to promote their own greatness does not deserve any respect. Greatness can only come from the praise of other people. The only lasting praise is what God thinks of our lives.

“Don’t praise yourself. Let someone else do it. Let the praise come from a stranger and not your own mouth” (Proverbs 27:2).