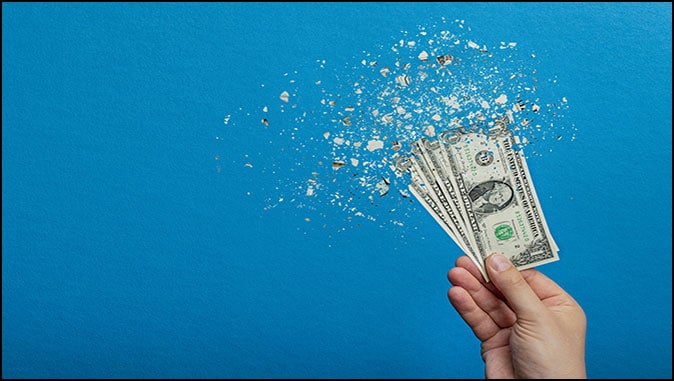 Inflation Is Starting to Bite Hard
By Todd Strandberg

The government and liberal media have done an amazing job of managing a person’s perception of inflation. As prices soar higher and higher, we are told all is well and there is nothing to worry about. And so far, the public has remained calm about inflation.

For several years we were warned that inflation was too low. They said our greatest fear should be deflation, which would somehow destroy the global economy. The Fed came up with a 2% target that they hoped to reach. When inflation went above the target range, we were told not to worry because the inflation is only “transitory” and prices would soon return to normal.

When the official inflation number came out last month that showed a 6.2% rise, it became clear that inflation is getting out of control. The left is starting to look like Kevin Bacon’s “All is well” character from Animal House.

Cargill CEO David MacLennan has changed his mind about “transitory” inflation and now believes it will be more persistent with higher food prices in 2022. He blamed elevated food prices on snarled supply chains, labor shortages, and adverse weather conditions, among other things.

There is clearly some type of demonic delusion at work that is blocking people’s ability to understand financial reality. A New York Times writer faced some brutal backlash after she mocked the “inflation hysterics” that she said were actually favoring the poor. Sarah Jeong, a member of the New York Times editorial board, tweeted that inflation was actually hurting rich people and not poor people as regularly reported in the media.

“All the stuff you see about inflation in the news is driven by rich people flipping their [explitive] because their parasitic assets aren’t doing as well as they’d like, and they’re scared that unemployment benefits + stimmy checks + 15 minimum wage + labor shortage is why,” Jeong said, adding the acronym for “just my thoughts.”

Several people known for their understanding of economics blasted her:

“This is idiotic. Asset prices have risen sharply. Inflation is squeezing at the middle of the income spectrum; wage growth is outpacing inflation at the bottom, and people at the top are enjoying asset price spikes,” replied Josh Barro of the Business Insider.

“This is absolutely idiotic gobbledygook. Those most worried about inflation are those whose wages have been eaten up by inflation. The rich, who have their money in assets like stocks and real estate, are making bank,” responded Ben Shapiro of the Daily Wire.

“I am once again begging non-econ pundits to talk to econ people before saying this stuff. Stocks are way up. Real estate is way up. Crypto is way up. Every financial asset is way up. REAL WAGES ARE DOWN,” replied Noah Smith, former Bloomberg Opinion Columnist.

“My grocery bill has gone up 25%, which is fine! I can afford it! But not everyone can. I don’t [care] about myself. But it’s a big deal if people can’t afford to buy milk, bread, ground beef, applesauce and yogurt for their kids and have to make choices,” responded writer Emily Zanotti.

The price of several basic food commodities has outpaced the reported inflation rate. Many of them are input costs for various other products. The grains are used in animal feed, which is why meat prices have risen sharply. Here is a list of some of the price increases for items over the past 12 months:

The largest factor in driving up inflation is the creation of money and debt. Over the past year and a half, the amount of currency in circulation has increased by 40%. Despite all the talk about tapering, the Fed is still adding $120 billion each month. Congress just added a $1.2 trillion infrastructure spending bill, and it’s working on passing another bill with a $1.7 trillion price tag.

A big factor that is preventing the public from being alarmed over inflation is the stimulus money. The amount of money in checking and savings accounts went from $1.2 trillion to $3.6 trillion. During the Pandemic, people who own stocks saw a $5.6 trillion rise in the value of their holdings.

What will pop the bubble is people finally realizing that inflation is destroying the value of their money. That 6.2% inflation rate number is false. Economists that use the exact calculations used during the 1970s say the real rate of inflation is over 10%. If you had $20,000 in your savings account this same time last year, inflation just stole $2,000 from you.

I’m sure a lot of Christians would react to inflation by saying, “I don’t need to worry about inflation because Jesus is coming soon.” I take the nearness of the rapture into consideration for all adversities. When Jesus said we should “watch” because we don’t know the timing of the rapture, it implied that we should be mindful of anything that leads up to the end times. Since economic hardship is the mother’s milk of prophetic progress, we need to take steps that could buy us time for a monetary meltdown that could come before the tribulation hour.

“Watch therefore, for ye know neither the day nor the hour wherein the Son of man cometh” – (Matthew 25:13).

Psalm 83…Preview Of A Coming Attraction

Psalm 83...Preview Of A Coming Attraction Perspective by Jack Kelley Note: Although this article was…