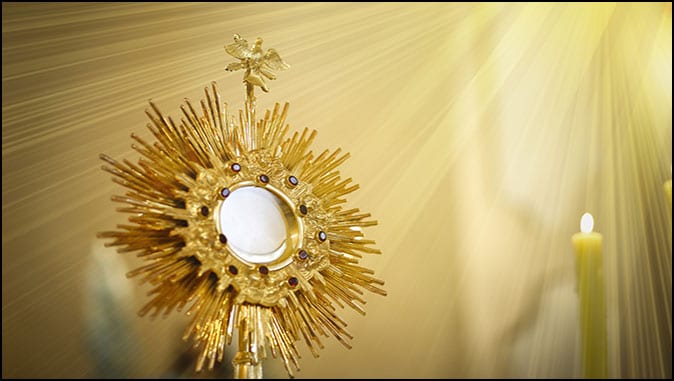 My much-missed friend, the late Dave Hunt, received considerable heat for pointing out the evils found within Catholicism. In his book, The Woman Rides the Beast, he pointed out, by name, some very famous Christian evangelists, ministers, and church leaders for their cozying up to Pope John Paul and the Catholic Church of that period. He gave all biblical reasons that the Catholic Church and true biblical Christianity were not compatible.

When Dave agreed to write a chapter for one of our books, controversy arose over his inclusion of his criticism of these Christian leaders in his chapter. Even a friend of Dave’s, one of my best friends and a Christian brothers, now also deceased, called me and asked: “Should Dave’s chapter be included, with his strong criticism of…and…for saying good things about the pope?”

My question to this friend–one of the most wonderful preachers and teachers of God’s Word and of Bible prophecy—was: “Well, is Dave telling the truth in his chapter about the Catholic Church and its false teaching?”

Our friend’s answer was, “Well…yes.” I then said, “So why shouldn’t we print Dave’s truthful telling about the mistakes of the Christian evangelist, minister, and church leaders cozying up to the pope and the Catholic Church?”

So, Dave Hunt’s chapter doing just that was published in our book, precisely as Dave wrote it.

I’m sure both of my great friends, now in Heaven, are closer friends than ever–along with the now-deceased men Dave was pointing out as in error by giving a degree of credence to the Catholic Church’s false teaching.

Dave Hunt’s book was harsh in its condemnation, to be sure. But God’s Word is even more condemning of that coming system of wickedness, which Dave and our friend who questioned the inclusion of Dave’s chapter agreed almost certainly will have Catholicism at its heart. As a matter of fact, even much of the Catholic clergy are beginning to conclude that this current pope manifests characteristics portrayed by the Bible’s depiction of the coming false prophet.

“Harlot” –rendered “whore” in the King James Version of the Bible–is a term that denotes a woman who prostitutes herself sexually. In Bible prophecy, the term is applied symbolically, to a system of religion that rejects true doctrine from God’s Word and gives itself totally to a false system of worship.

Just as the true Church (all born-again believers of the Church Age, the dispensation of grace) is known as the Bride of Christ, the harlot, as depicted in Revelation, chapter 17, can be likened to being the mistress of Antichrist. She is of her father, the Devil:

And there came one of the seven angels which had the seven vials, and talked with me, saying unto me, Come hither; I will shew unto thee the judgment of the great whore that sitteth upon many waters: With whom the kings of the earth have committed fornication, and the inhabitants of the earth have been made drunk with the wine of her fornication. So he carried me away in the spirit into the wilderness: and I saw a woman sit upon a scarlet coloured beast, full of names of blasphemy, having seven heads and ten horns. And the woman was arrayed in purple and scarlet colour, and decked with gold and precious stones and pearls, having a golden cup in her hand full of abominations and filthiness of her fornication: And upon her forehead was a name written, MYSTERY, BABYLON THE GREAT, THE MOTHER OF HARLOTS AND ABOMINATIONS OF THE EARTH. And I saw the woman drunken with the blood of the saints, and with the blood of the martyrs of Jesus: and when I saw her, I wondered with great admiration. (Revelation 17:1-6)

This harlot church system will, many prophecy students and teachers believe, be made up of an eclectic mix of religions in the time following the Rapture of the true Church. The religious system, called “Mystery Babylon,” will work in concert with the Antichrist regime to enslave the world in every realm of life.

According to Christian apologist Mike Gendron of Proclaiming the Gospel Ministries, the current pope presents a profoundly corrupted gospel, not the true Gospel of Jesus Christ.

Gendron, who was formerly a devout Catholic for thirty years, says that he, like many Catholics, never read the Bible for himself to any great extent, depending instead on Catholic teaching by those who inculcated him in the Catholic dogma. It was only when he started looking into Scripture for himself that he was freed from the grip within which the church held his eternal soul. He is now a man on Holy Spirit fire for getting out the true Gospel and particularly to those entrapped within false systems of religious worship.

The apostasy we see developing and burgeoning within society and culture today is a powerful signal of how quickly the Church Age must be nearing its end. When Christ calls the true Church to Himself, the false church–the harlot church—will come together, led by the false prophet who many believe could be a pope. Again, even many Catholic leaders believe this to be the case.

I’ve heard Mike Gendron speak on a number of occasions, and always have found his presentations inspiring and instructive about the evil of false worship systems. However, upon listening recently to Mike and Jan Markell on her remarkable radio program, aired over nine hundred stations each week, I was even more drawn to the truth of the evil the world faces with the ongoing developments.

With Pope Francis saying bluntly and on several occasions that even atheists will go to Heaven, we can be confident that apostasy is blatantly in our faces today. I strongly urge you to listen to Jan’s Discerning the Times radio program.