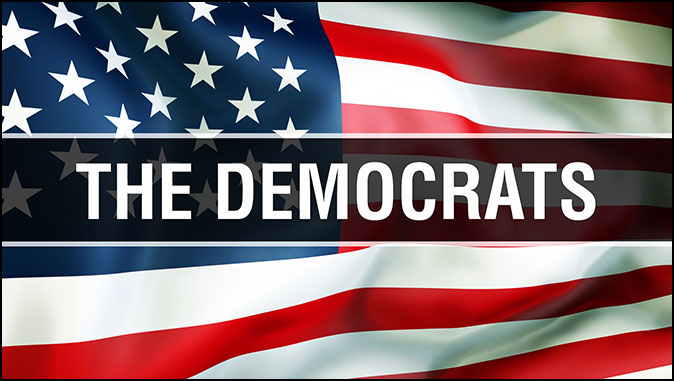 God Is Frustrating the Democratic Agenda
By Todd Strandberg

When Barack Obama was elected president in 2008, there was a massive surge of traffic to RR. People were wondering if the Antichrist had just been elected to office, and many Christians thought they were in big trouble.

Because the nation was in the middle of a recession, the American people blamed the Republicans for the economic downturn and voted for the party that was not in control. The Democratic Party gained a filibuster-proof majority in the Senate, so they could pass any law they wanted.

Despite all the concern on the part of conservatives, the Democrats could hardly get anything done. During the first term, the only major bill that Congress passed was Obama Care. Angered voters gave control of Congress back to the Republicans in the 2010 mid-term election.

Near the end of Obama’s second term, he was able to do tremendous damage to the nation, even though both houses were controlled by the Republicans. Obama made things worse by packing the federal government with radical leftists and issuing a flood of executive orders.

When Biden was elected to office, I had great concern that the Democrats would quickly pass a series of laws that would turn the nation to the left. Biden’s first months in office are starting to look much like Obama’s first term. They have the potential votes, but they can’t get organized to pass the bills.

I had thought that the $1.2 trillion Bipartisan Infrastructure Framework packages had been passed in August when the Senate passed it. Since we’ve already spent trillions on stimulus checks, I was all for a bill to fix roads and bridges. The nation’s infrastructure system recently earned a C- score from the American Society of Civil Engineers earlier this year.

About a month after the Senate vote, I discovered that the House Progressive Caucus was holding the Infrastructure hostage until the House voted on a bill they were promoting.

Build Back Better Act is a pork bill that gives welfare for kids, money for green energy projects, and adds to our national problem with soaring drug costs by telling drug companies to just send the bill to Uncle Sam. This bill also would raise taxes on large corporations and the wealthiest Americans.

Things were looking bad for Nancy Pelosi, where she couldn’t even get her party members to vote for an Infrastructure bill. The Republicans could have remained united and let the Democrats crash and burn. Just as they’ve done many times in the past, 13 members broke ranks to allow the bill to pass.

Build Back Better Act may pass in the House, but it is unlikely to pass in the Senate because of one key vote. Since the Senate is tied 50-50, any bill needs all senators plus the Vice President’s tiebreaker vote to pass. Senator Joe Manchin of West Virginia has balked at the idea of him voting for the bill. President Biden has promised that the $3.7 trillion price tag will be paid with tax increases, but Manchin knows that will never take place. The rich will always find ways to hide their wealth.

It seems clear to me that God is frustrating the Democratic Agenda by creating legislative log jams. There is still harm taking place that Biden is inflicting on America. Oddly enough, Obama did the same thing that Biden is doing. He apologizes to the world for the Trump years.

When Biden went to the UN climate summit in Glasgow, he apologized to the summit participants for Trump previously pulling out of the Paris Accord. When Biden called out China’s President Xi for skipping the summit, Beijing mocked Biden for being “powerless” and weak.

State-run English language Global Times mockingly called out the “noble” apology as, in reality, exposing the deep disunity of American politics, leading to a permanent state of gridlock as well as constant flip-flopping on the world stage.

The report said the Chinese public “cannot wait until 2024 when the Republican Party, or even Donald Trump himself, apologizes for Biden’s apology.”

Global Times included the following commentary focused on the constant “discord” in the US:

“Most people believe this was hardly an apology but a slap in the face of his predecessor, a move to pin all the blame on Trump. This is not about how sorry Biden is. He was making a show and bringing US political infighting to the global arena.”

America has become so hollowed out by years of reckless spending and political leaders that have no vision, our nation could implode at any moment. It is my hope that we make it to the rapture before the collapse takes place.

“Because thou hast kept the word of my patience, I also will keep thee from the hour of temptation, which shall come upon all the world, to try them that dwell upon the earth” (Rev 3:10).