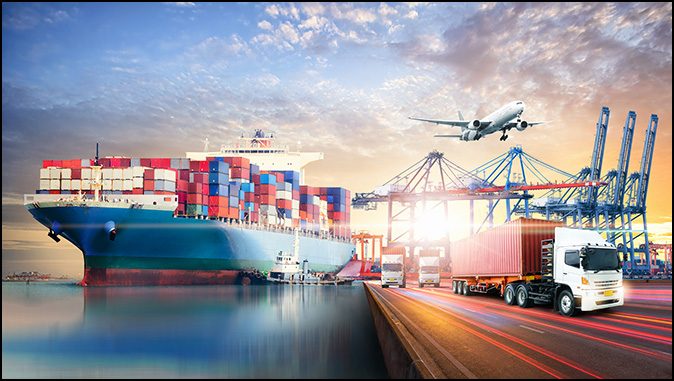 Last year the world suffered a huge supply chain meltdown over the COVID-19 virus. Events have now conspired to create a supply chain snag for the later part of 2022 that will easily surpass the mess that occurred in 2020.

China is in lockdown over fresh COVID-19 outbreaks, and we also have the supply breakdowns from Russia’s invasion of Ukraine. It’s still not clear what will be the impact of the war in central Europe. Russia and Ukraine have been major exports of several key commodities.

The is no way Ukraine is going to produce various crops while fighting a war. With its southern ports locked up, the country can’t even export grain from previous years. Right after the invasion, wheat got up $13 per bushel, and it has leveled off at around $11 per bushel. This still leaves the price of wheat nearly double what it was at the beginning of the year.

The war has resulted in the loss of many key commodities. Russia and Ukraine account for about 80% of the global sunflower oil market, 25% of the production of coal, 30% of the petroleum supply, and 20% of iron ore.

Because food is vital to a nation’s stability, many counties have banned the export of several products. Indonesia banned the export of palm oil, which amounts to 30% of global cooking oil demand. The Indonesian government made this move to lower the cost of palm oil for the domestic market. With local farmers unable to export their palm oil to a global market, they have no incentive to increase their production. The export ban could backfire as some local marketers are showing a shortage of cooking oil.

The biggest supply problem is Europe’s dependency on Russian natural gas. Germany gets 40% of its gas supply from Russia. If the war had taken place 20 years ago, Germany would be in a far better place. After the Fukushima nuclear disaster, Germany became fixated on closing all of its nuclear plants.

At a peak in the early 2000s, nuclear power generated 40% percent of German electricity. Today only 20% of electricity comes from nuclear. The current plan is to close all nuclear plants by 2025.

Russia’s invasion of Ukraine seemed initially to prompt a rethinking of Berlin’s nuclear policy, with Green economics minister Robert Habeck saying he would not stand in the way on ideological grounds of any decision to keep nuclear power plants running for longer.

The CEO of Eon, Germany’s largest electrical utility, has ruled out extending the life of its nuclear power plants in Germany, even as Europe’s largest economy prepares for the rationing of energy supplies and to wean itself off Russian hydrocarbons.

“There is no future for nuclear in Germany, period,” said chief executive Leo Birnbaum. “It is too emotional. There will be no change in legislation and opinion.” The company has three remaining nuclear sites in the country, near Munich.

China’s COVID-19 lockdown is just pure insanity. Media outlets around the world, from the Chinese Ministry of Propaganda to the New York Times, were quick to declare that China had “won” the pandemic, having decisively defeated the virus and demonstrated the virtues of unbridled autocracy. Xi Jinping was set to use China’s apparent COVID success as a central argument for enshrining himself at the upcoming Communist Party Congress in October 2022 as emperor for life.

Beijing’s zero-COVID policy has resulted in the shutdown of huge portions of the Chinese economy. In Shanghai, hundreds of factories have been closed, and all shipping traffic is on hold. At Shanghai’s port, 344 ships are dead in the water. Shipping something from a warehouse in China to one in the United States now takes 74 days longer than usual.

Authorities are now enforcing a full or partial lockdown in at least 27 cities across the country, with these restrictions affecting up to 180 million people. This level of monetary restraint could be economic suicide for the nation.

Another reason why the supply chains are becoming unstable is that we are using exchanges to over-manage various commodities. One recent example is nickel. Last month, shortly after the war in Ukraine began, nickel futures on the London Metal Exchange popped by 250%, jumping from about $29,000 to $100,000 per metric ton in a matter of days. The LME halted trading for a week and retroactively canceled about 9,000 trades worth nearly $4 billion.

The metal is chiefly used in alloys; about 68% of the world’s production is used in stainless steel. We can create all the paper nickel we want, but when steelmakers need the physical metal, the monetary games come to an end.

Over the past 12 years, I have become very fascinated by the endless parade of financial panics that have come our way. Each one seems to have the power to destroy our economy, but none have been able to trigger a crash. Because the rapture will occur during a time of “think not” tranquility, I think we have an explanation for why we have a historic ability to avoid a major recession. If we manage to traverse the Supply Chain Crisis of 2022 without harm, it will be one more indication that the forthcoming rapture is holding up the global economy.

“Therefore be ye also ready: for in such an hour as ye think not the Son of man cometh” (Matthew 24:44).