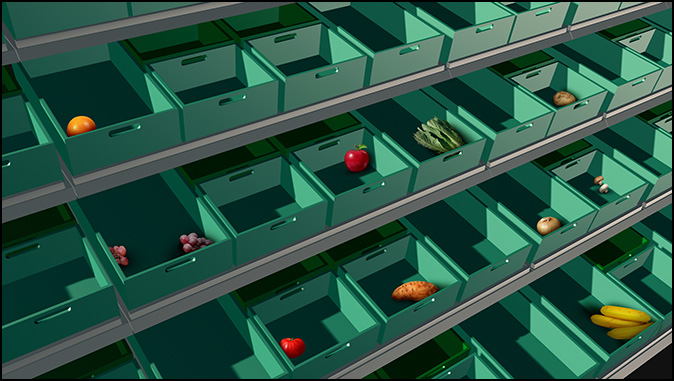 Sometime last year I wrote an article about how we were facing a shortage of food. We had drought conditions in the US, China, and South America. Normally, things balance out by having a surplus of food production in some other area of the world. If we have a bad year in North America, the next year is likely to be normal or above average.

The one thing that has been saving the world from a global famine is the increase in the yield per acre. In the 1940s, the average farmers were only able to produce 40 bushels of corn per acre. Today, a farmer is able to get 144 bushels of corn from an acre of land.

In 2020 we had a massive derecho hit the state of Iowa. Millions of acres were damaged by the wild storm. The yield for the whole nation was still up because we had a record harvest per acre that year. Going forward, we cannot rely on higher yields because we simply have reached the limits of turning sunlight into grain.

We had about four years in a row where our luck was bad for food production. We are weeks away from the planting of the 2022 crop, and there are already indications that this year will see a shortfall in food production.

The condition of China’s winter wheat crop could be the “worst in history,” the agriculture minister said, raising concerns about grain supplies in the world’s biggest wheat consumer. Speaking to reporters on the sidelines of the country’s annual parliament meeting, Minister of Agriculture and Rural Affairs Tang Renjian said that rare heavy rainfall last year delayed the planting of about one-third of the normal wheat acreage.

A survey of the winter wheat crop taken before the start of winter found that the amount of first- and second-grade crop was down by more than 20 percentage points, Tang said.

“Not long ago, we went to the grassroots to do a survey, and many farming experts and technicians told us that crop conditions this year could be the worst in history,” he said. “This year’s grain production indeed faces huge difficulties.”

Argentina has long been one of the largest exporters of corn and soybeans. It has halted all exports of soy products. Russia’s invasion of Ukraine disrupted the global food supply chain as the prospect of dwindling stockpiles catapulted food prices to record highs.

According to a memo signed by Javier Preciado Patino, the secretary for agriculture markets, Argentina made moves last week to increase control over local farm goods by suspending soybean meal and oil for export. Following the news from Argentina, soy meal futures prices jumped more than 2.2%.

Since late February, Argentina has intervened in food markets with a subsidy for the domestic wheat industry similar to earlier policies for vegetable oils to mitigate soaring costs for consumers. The UN expects global food prices could increase another 8%-20% from here.

“The government typically puts a block on the export register, known as DJVE, before increasing taxes on shipments in order to stop farmers from preempting the hike with a flood of selling,” Bloomberg said, adding there’s speculation on commodity desks that Argentina will increase taxes on soy meal and oil to 33% from 31%.

Soy traders tell Reuters the sudden halt in Argentine supplies will steer importers toward the United States and Brazil for replacement supplies.

“Buyers have no choice but to reduce consumption or go to alternative sources for supplies,” said one Singapore-based trader. “We expect higher demand for U.S. meal. In Southeast Asia, buyers such as Indonesia, Malaysia, and Thailand were heavily reliant on the Argentine meal.”

Indonesia, the world’s largest exporter of cooking oil, will reduce exports of edible oils as a domestic shortage sparks panic hoarding among households, a sign of rising protectionism around the world as countries deal with record-high food prices. The nation of Ukraine is the largest exporter of sunflower oil. There will obviously be a shortfall of this product on the global market.

Russia is one of the largest exporters of fertilizer in the world. With Western sanctions blocking the movement of potash, ammonia, urea, and other soil nutrients, the yields of corn, soy, rice, and wheat are going to be hurt.

In agricultural powerhouse Brazil, some farmers are already applying less fertilizer to their crops, and some federal legislators are pushing to open protected indigenous lands for the mining of potash. In Zimbabwe and Kenya, small farmers are reverting to using manure to nourish their crops. In Canada, one canola farmer has already stockpiled fertilizer for the 2023 season in anticipation of even higher prices ahead.

Another blow to food production has been the spread of a highly pathogenic Bird Flu. Egg prices have soared as millions of chickens have been wiped out by the virus. Spread by migratory bird droppings, the U.S. Department of Agriculture is reporting cases in 30 states, totaling roughly 13 million birds that have had to be killed.

To find out why we are having so many problems with food production, we need to turn to Bible prophecy. Jesus said that calamitous events would be the warning sign of the last days. They would get worse over time, like birth pangs. This is what we are experiencing, so the rapture must be very near.

“As Jesus was sitting on the Mount of Olives, the disciples came to him privately. ‘Tell us,’ they said, ‘when will this happen, and what will be the sign of your coming and of the end of the age?’ Jesus answered: ‘Watch out that no one deceives you. For many will come in my name, claiming, ‘I am the Messiah,’ and will deceive many. You will hear of wars and rumors of wars, but see to it that you are not alarmed. Such things must happen, but the end is still to come. Nation will rise against nation, and kingdom against kingdom. There will be famines and earthquakes in various places. All these are the beginning of birth pains’” (Matthew 24:3-8, NIV).