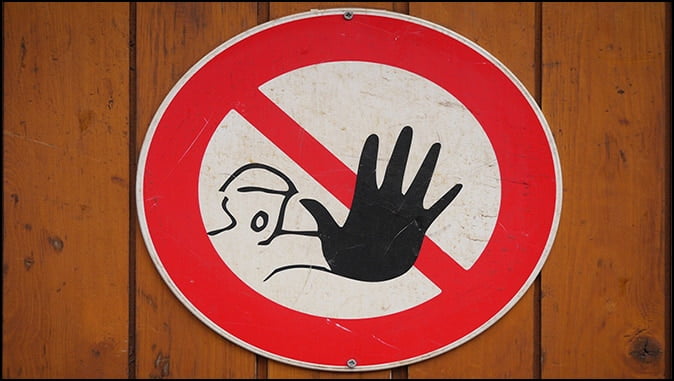 The next election is now about four months away, and some commentators are saying things are going to get nasty.

Words that come to mind as I read this are devilish, ugly, anarchy, orchestrated chaos, insurrection, planned wickedness, incitement of trouble, weaponized Antifa terrorists, Black Lives Matter, and others.

– Liberal Democrats (Pelosi, Schumer), Planned Parenthood, gays, etc., are desperate to retake the White House and prevent the loss of another seat on the U.S. Supreme Court.

– Powerful globalists (Soros, Kissinger, Clinton, etc.) are passionate about world government, and they want to continue the surrender of America to meet the UN goal of world government and world religion by 2030.

– The investigation of those that spied on (and tried to overthrow) the Trump administration is zeroing in on some big-name Democrats (Obama, Clinton, Brennan, Clapper, etc.) that may have committed crimes, and they want to shut down the investigation and possible prosecutions.

– Muslims in the Democrat Party (Ilhan Omar and Rashida Tlaib) want the U.S. to abandon Israel, but Trump is strengthening ties with Israel.

– Trump’s main asset has been a strong economy, and they want to take that talking point away from him.

– Several political insiders with big jobs in the Washington bureaucracy feel threatened by Trump’s promise to drain the swamp, and they want him out to preserve their power, high positions, big salaries and exorbitant pensions.

Below is my take on some prophecy-related stories that recently made the news.

One, on June 12, 2020, it was reported that Pastor Robert Jeffress said if Pres. Trump is not re-elected the left will bring out the guillotines.

God is not a Republican or a Democrat, but I agree with the great preacher.

If the Democrats gain control of the government, they are likely to try to undo everything Trump has done and bring in their much-desired world government as fast as they can.

That will lead to the rise of the Antichrist, and the guillotine will be his favorite scare tactic (Rev. 20:4).

Some might say Pastor Jeffress is an extremist for saying this, but the “autonomous zone” occupiers in Seattle recently implied that they will behead those that disagree with Antifa (notice that this group of paid and armed arsonists, looters and terrorist thugs are threatening the lives of U.S. citizens and, as far as I know, most of the Democrats and a few Republicans are praising them. Know that on June 20, 2020, it was reported that inside the “autonomous zone,” a 19-year-old black male was fatally shot, a second black male was hospitalized with life-threatening wounds, the police were not allowed into the area, and there is no outrage.

Two, globalists puppets are smashing, defacing, and destroying statues (These are paid thugs; not just in the U.S., but in other nations too; not spontaneous destruction of statues, it is part of the globalist plan).

One aspect of the globalist plan is to change western civilization by eradicating nationalism and replacing it with a New World Order (They encourage people to burn flags, kneel during the national anthem, keep their borders open, etc.).

According to the Bible, God will let the globalists have their New World Order, but instead of destroying statues during the Tribulation Period, they will be forced to bow to a statue of the Antichrist and worship it (Rev. 13:14-18).

Three, on June 12, 2020, Pastor James Kaddis said there are now calls to disband police forces all over the world and to replace them with a global police force.

He said this could be the beginning of a global police force controlled by the Antichrist.

That global police force will behead people that refuse to take the Mark of the Beast (Rev. 20:4).

Four, on June 15, 2020, it was reported that the UN Human Rights Council will examine accusations of systemic racism and police brutality in the U.S.

Pres. Trump pulled the U.S. out of this wannabe world government group two years ago when its leaders accused the U.S. of being biased toward Israel.

With so many Christians being persecuted and killed in India, China, and several Muslim countries, it is incredible that this UN group plans to discuss racism and police brutality in the U.S.

(Update on this: On June 19, 2020, a human rights official at the UN expressed “profound concern” over the U.S. calling Antifa and other anti-fascist groups domestic terrorists.)

Five, on June 17, 2020, Dave Hodges reported that UN personnel are marching in anti-American police rallies and protests in the U.S.

Hodges said he does not know if any UN officials have committed crimes, but they have diplomatic immunity and cannot be prosecuted if they do.

Should UN personnel be allowed to use their diplomatic immunity to march with protestors, arsonists, and thieves in the U.S.?

Since some UN officials are marching with the demonstrators and it is a UN goal to establish a world government by 2030, should anyone be surprised that they object to the protestors being called domestic terrorists?

Life News reported that the BLM website is partnered with a Democrat fund-raising organization called ActBlue.

According to Life News, people that choose to give to the “Defund the Police” campaign on the BLM homepage are rerouted to a site hosted by ActBlue.

Think about this: Biden says he does not support defunding the police, but he has received more than $100 million from a “Defund the Police” group (and the Democrat Party is boasting about how much money he raised in May).

To make up for the shortfall, these Democrats plan to reduce the number of police by attrition, cut overtime and shift some police responsibilities to other agencies.

Ten days later, it was reported that crime has already started surging in New York.

Eight, on June 13, 2020, it was reported that the Dept. of Justice (DOJ) has indicted more than 50 people in several states (none yet in Washington and Oregon) on charges of theft, arson, carrying guns, throwing Molotov cocktails, etc.

Pres. Trump and the DOJ need our prayers because they have been strongly condemned for trying to prosecute these accused criminals.

Nine, on June 21, 2020, Luciferian (New Age Satan worshipers, Isa. 14:12) parades were held in more than 20 U.S. cities, and prayers were offered for Satan to establish his one-world government.

According to the Bible, the coming NWO will be headed up by a Satan worshiper identified by Christians as the Antichrist (Rev. 13:3-9).

Ten, on June 15, 2020, the U.S. Supreme Court ruled that the 1964 Civil Rights Act prohibits discrimination against gay and transgender workers.

For many years, the courts said the law means people cannot discriminate against women in the workplace.

Critics say the court redefined the word sex (legislated from the bench) and changed the law.

Know that the Antichrist will change laws (Dan. 7:25), some think he may be gay (Dan. 11:37; II Tim. 3:3), the court’s ruling takes the U.S. farther away from Biblical Christianity, and it brings the U.S. closer to the UN 2030 global ethic (world religion; Sustainable Development 2030 goals on LGBTQ rights).

It looks like some on the U.S. Supreme Court are destroying the U.S. Constitution and moving the U.S. closer to the globalist agenda.

Eleven, concerning wars and rumors of wars, on June 15-16, 2020, several weeks of a border dispute between China and India turned into hand-to-hand combat that resulted in the death of about 20 Indian and 35 or more Chinese soldiers.

On June 16, 2020, North Korea blew up a four-story building that North and South Korea used for talks to peacefully settle their differences.

Turkey’s economy is hurting, and she seems to want to fight anyone that will fight: Russia in Libya and Syria; Israel if it annexes part of the West Bank; Greece over oil exploration on the Greek continental shelf (Greece has deployed troops and weapons to their border, and asked Israel for help); the Kurds in Iraq; Armenia, etc.

Twelve, concerning God causing the Jews to return to the Promised Land, record numbers of Jews are attributing their requests to move to Israel to riots, economic problems and anti-Semitism in several nations including anti-Semitism in the U.S.

Many Jews are saying the lockdown caused them to reflect on what life is all about, and they have decided that Israel is the place they want to live.

Despite the Islamic threat, many believe that they will be safer in Israel than they are in the U.S. and other nations where they live.

About 90,000 Jews are expected to relocate to Israel in the next 18 months.

Thirteen, an astute Rapture Ready reader pointed out that there is no 7-year requirement in Pres. Trump’s peace proposal, but the PA has 4 years to accept it.

He suggests that the agreement could be modified to require 7 years of peace and safety while the PA decides what to do.

He points out that the PA is not specifically mentioned in Dan. 9:27, so the “many” (Arabs, Israel, EU, etc.) could agree to support a 7-year period of quiet.

This is speculation, but a 4-year time-period that can change with negotiations is intriguing.

Finally, God has given the world fair warning of things to come and the need to be saved before we die or before the Rapture takes place.

He does not need us; He can get along just fine without us, but we need Him if we want to go to heaven, and we need to trust Jesus as an atonement for our sins to have a right relationship with Him.

The purpose of God’s warning is to give us a chance to establish that relationship.

Accept the free gift of salvation that God offers by the death of Jesus on the cross in your place; ask Him to forgive your sins and come into your heart right now.

If you have already accepted Jesus as your Saviour, tell others about Him.