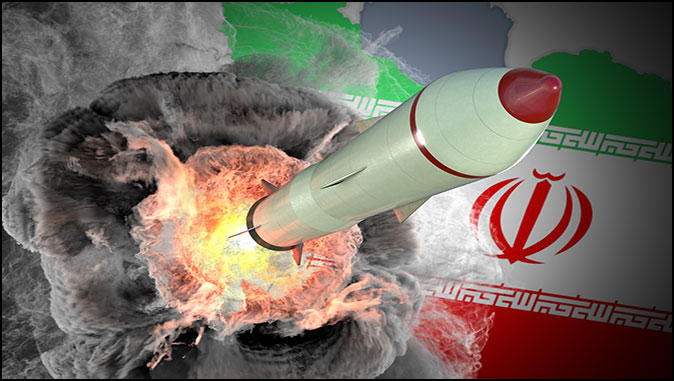 From a biblical perspective, few things could be more dangerous for a nation than to facilitate an existential threat against Israel. “Existential threat” means a threat to the very existence of something. Reserve Brig. General Amir Avivi, Founder of the Israel Defense and Security Forum, recently called the expected restart of the Iran nuclear agreement a “future existential threat to Israel.”

This does not mean that I condone everything Israel does, all the laws it passes, or leaders it elects. God said that He would first draw the Israeli people back to the Promised Land, and then He would bring about a miraculous change in their hearts. That national change of heart will happen in the last of the last days. As a nation today, they are no more God-fearing than the United States. But God promised to look after Israel even before their national transformation.

Those who dismiss the Bible’s perspective, should still understand the danger of renewing the Iran nuclear agreement. Iran’s ally, North Korea, has already shown its ability to build hydrogen bombs. It has also developed intercontinental ballistic missiles capable of reaching anywhere in the United States.

North Korea is a failed state. They have poured everything into a weapons technology whose use would mean their utter destruction. Because they do not want to commit national suicide, they are left with weapons having only one military use — bluff. But there is also an economic use. Such technology can be sold.

A renewal of the nuclear deal will give Iran vast amounts of money. That will allow them to increase their terror operations around the world. And, ironically, it will give them the means to buy the very technologies we do not want them to have. North Korea’s desperation makes it a ready seller.

At least nine nations have a stockpile of nuclear weapons. Fifty-nine other nations are known to have the material, means, and technology needed to build such weapons. Since their initial use in 1945, the nations have refrained from using them.

But Iran is different. It proclaims itself the “Islamic Republic of Iran.” Its Supreme Leader is a religious leader. The devotion he demands is a passionate, religious devotion. Iran sees itself in as part of a religious war where suicide bombers are the norm. While many faiths believe in coming judgment, Iran wants to push things along. In 2019, senior Iranian Ayatollah Mohammad Mehdi Mirbagheri said that in order for the Shia Muslim messiah to appear, “We must engage in widespread fighting with the West.”

The world needs Iran’s oil right now, but that need does not justify a nuclear-armed Iran. The Bible says that in the future, Iran will be one of the leaders of a major war against Israel. That war will not succeed because God will intervene on Israel’s behalf. But does the United States want to be one of the nations that helps arm Iran for such a war?