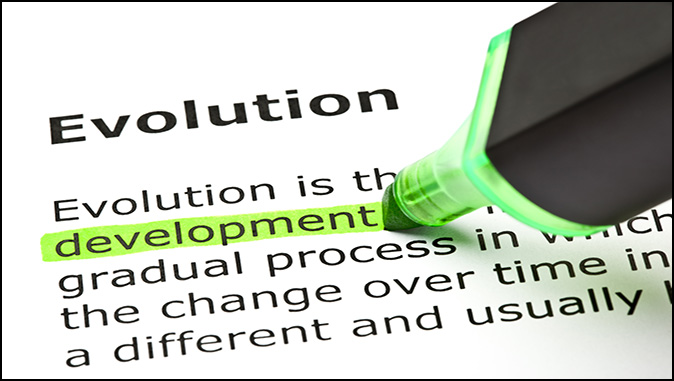 Tim Moore: Dr. Jim Johnson of the Institute for Creation Research is a well known expert in Apologetics. He serves at ICR as the Chief Academic Officer. While ICR as a ministry tends to focus on the beginning of the Bible, Dr. Johnson also has an interest in the end of the Bible concerning the end times.

Jim Johnson: The Creation side of the Bible actually connects a lot better to the end of the Bible than most people might realize. Second 2 Peter 3:3-6, in particular, contains a prophecy about the last days:

“Knowing this first: that scoffers will come in the last days, walking according to their own lusts, and saying, “Where is the promise of His coming? For since the fathers fell asleep, all things continue as they were from the beginning of creation.” For this they willfully forget: that by the word of God the heavens were of old, and the earth standing out of water and in the water, by which the world that then existed perished, being flooded with water.”

This passage reveals that one of the characteristics of the last days is that there would be mockers who would have a character problem, that being immorality, and there are certainly plenty of those people out there. These last days scoffers would have a low opinion of the return of Jesus Christ. That’s one of the end times prophecies that we are seeing being fulfilled all around us in this time because there are plenty of mockers who have a low opinion of the promise of Christ’s return.

Also, in 2 Peter 3, there’s an indication that these mockers will reject and belittle the biblical accounts of the Creation and also the global Flood. The connection there is that the Creation only happened once, as it is not typical of business as usual, for it only happened once. Also, the worldwide Flood only happened once. And, the Second Coming of Christ will happen at one time. I’m not talking about the Rapture, rather I’m referring to the glorious appearance of Jesus Christ in power and glory at the end of the Tribulation.

The point that ties these two Creation events together is that people who take a business as usual approach to thinking about God and their place in the world are comfortable with Uniformitarianism. This is the approach of looking at the world and trying to guess what happened in the past based on what we see in the present. The evolutionary community would say that the present is the key to the past. But, the Bible would say, no, it’s not. Actually, the past helps to explain the future. You need to know the past in order to understand what’s coming in the future.

Tim Moore: There’s only one individual who was an eyewitness to the beginning and who knows the end from the beginning, and that is the Lord God. The rejection of the biblical accounts of the Creation and the Flood gets to the heart of the matter. Whether or not we believe the testimony of the Lord God Himself and His Son Jesus Christ, or whether we dismiss His testimony and go after our own theories and ideologies and our own agendas, explains why the scoffers scoff.

Jim Johnson: Let’s build on that. One of the biggest problems in the Creation-Evolution controversy is that there are many out there who are trying to solve a Forensic Sciences problem using an Empirical Science Methodology. Now, what do I mean by that? Most Americans would think of science or the scientific method as those specialists who go out and observe and measure things. What they’re observing are things in the present and that are repeatable, like the tide waves, or the moon going around the earth, or other things that recur all the time such as seasons.

The problem arises when those who are good at those hard sciences try to talk about what happened in the past. That is where they give us a bait-and-switch. What they are trained to do and what they’re good at is observing things in the present and then recording them. If you want to know with certainty about things that happened in the past, particularly unique events in the past, empirical science just won’t help you.

Let me give an example I give to children. I’ll talk to, say, a kindergartener. I’ll ask, “What day were you born?” They’ll rattle off their birthday, usually without the year. Then I’ll have to ask them, secondly, “What year was that?” After they answer, my next question is: “How do you know that you were born that day, because that’s a unique event of the no-longer observable past? You were there at the time it happened, I know you were, but you were pretty young at the time, so how do you know you don’t actually remember what day it was.”

I love good witnesses! Part of my background also involves my experience as a trial lawyer in both federal and state courts. Also, since 1996, I’ve been a part-time judicial officer for the State of Texas. Every once in a while I’ll get a call to handle a non-jury case. And so, evidence is really important to me. Recognizing the difference between a reliable eyewitness and an unreliable witness is extremely important.

God is the perfect witness because He was there at the beginning of Creation and long before. He saw it all come about from every angle. He’s truthful. He has perfect recall. He doesn’t have a vocabulary problem where He cannot find the right word to express what He’s trying to say because He remembers everything. Every possible good trait that a judge would want in a reliable eyewitness is provided by God. The Creation and the Flood are right there in our Bibles because God wrote the Bible.

God not only saw the beginning, but He has also already seen the end. He can tell you everything that ever has happened, is happening, or will happen, and He’ll tell it to you perfectly. How can we not be amazed about that?

Nathan Jones: I once saw Dr. Clough provide an object lesson which just blew my mind. He took a string and gave an end to someone to take all the way to the back of the auditorium, stretching about a hundred feet. He then asked, “If Evolution is true, and it takes millions of years to develop from a single cell to a complex organism, then how much time has mankind been able to scientifically and verifiably watch and observe this evolutionary process at work?” He measured off just one inch of that string.

Dr. Clough next noted, “Now go back to the billions of years that the universe is supposed to be. That’d stretch out past the auditorium’s building and down the street. What can be observed would equal only to about a one-one-thousandth of an inch.” He concluded by making the point that everything after that one-one-thousandth of an inch isn’t science, just mere speculation. And Evolutionists say that they’ve “Got the Science!”

Tim Moore: When so-called experts and politicians say they have “the Science,” it’s often not real science. Their speculations are not scientifically verifiable. There’s an agenda they’re working from, along with a bias. People have come to understand that there’s an inherent bias in the so-called sciences. Sure, there are true scientists who are out there doing legitimate research, but a lot of what gets foisted on us and shoved down our throats in this current era is not true science. People are becoming aware that they need to be a bit more skeptical when politicians trot out scientists that merely serve to feed their agenda. We all need to turn to that which is true and biblical.

Jim Johnson: Right, if you start with the Bible then you’re going to run into real good science with real first-hand accounts.