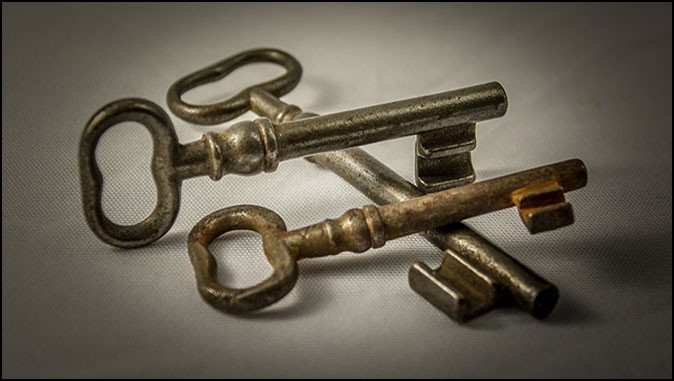 For a fascinating discussion of these and other questions about end-time chronology, we invited Dr. Ron Rhodes to our television program Christ in Prophecy. Dr. Rhodes is a prolific Bible prophecy author with over 80 books to his credit! He is a professor and also the founder and director of a ministry called Reasoning from the Scriptures which specializes in defending Christianity against atheists, agnostics, skeptics, the cults, world religions, and any group that teaches false doctrine. As an expert in the field of Bible prophecy, we’re going to focus on one of his books in particular titled, The End Times in Chronological Order.

Dr. Reagan: Ron, before we start, I found out something interesting about you. Your publisher, Harvest House, awarded you the Harvest Gold Award for selling over 1 million books. I saw the photo of your receiving that award from the president of Harvest House, Bob Hawkins, on your website. Congratulations to you!

Dr. Rhodes: Thank you. I’m humbled to have received that award. I really love what I’m doing. It is so wonderful to be able to serve the Lord in this capacity.

Dr. Reagan: I love your books, and this one in particular — The End Times in Chronological Order. With it, I want to introduce people to one of the most complex aspects of Bible prophecy. Nowhere in the Bible does it says, “Here’s the chronology of what’s going to happen in the end times.” It just doesn’t do that. You almost have to be a sleuth. It’s like putting together a jigsaw puzzle. And, you’ve got to get the Old Testament involved, which most Christian don’t do, in order to understand the New and understand this end-times chronology.

Other scholars look at verses like 2 Corinthians 5:8, which says that to be apart from the body is to at home with the Lord. The Apostle Paul in Philippians 1:21-23 expressed his desire to depart and be with Christ in Heaven. So, they will then conclude that it seems like we have a period where we are disembodied spirits before we get our resurrection bodies.

This illustrates what you’re talking about. We have a couple of different passages, so what do we do about them? We have to consult all of the verses that deal with the topic and compare them with each other and make sure they do not contradict. Here’s why it’s important that they do not contradict. All Scripture is inspired by the Holy Spirit, and the Spirit is the spirit of truth. The Spirit of Truth does not contradict Himself. And, so therefore, your best option is to compare all of the verses on all of the topics and come up with a cohesive viewpoint that explains all of it harmoniously.

Dr. Reagan: That’s so much work!

Dr. Rhodes: Yes, it is. But, do you know what? The Bible is about one-fourth Bible prophecy. That means that prophecy is not something that we can ignore. If Bible prophecy was even 1% of the Bible, it would still be important. But, if over 25% of the Bible is prophetic at the time it was written, that means that God wants us to understand these things. You might remember how in the New Testament Jesus chastised the Jewish leaders for not understanding the signs of the times. I wonder if Jesus would say that to some Christians today, if He were speaking to us.

Dr. Reagan: Well let me give you an example of a problem of chronology. I grew up in a denomination that was Amillennial. We hardly ever heard any preaching about Bible prophecy, and when we did, it was mainly a sermon that concluded there was not one verse in the Bible that even implies that Jesus will ever put His feet on this earth again. I heard that a hundred times when I was a kid.

One of the verses that my church used in their argument was 2 Peter 3:10 which says, “The Day of the Lord will come like a thief in which the heavens will pass away with a roar, and elements will be destroyed with intense heat, and the earth and its works will be burned up.” They’d say: “See there! The Day of the Lord is when Jesus comes back. He comes back only when the earth is consumed with fire. It doesn’t say anything about an earthly reign.”

Dr. Rhodes: That’s a good verse to use for that position, but I think it is easily explainable. The term “Day of the Lord” is sometimes misconstrued to basically refer only to the Tribulation period.

Dr. Reagan: Or, only to the day the Lord is going to return. Sometimes it’s used that way.

You’ve got to watch out for those “thens.” Those “thens” are chronological clues.

Dr. Reagan: Using this verse, though, to prove that there’s not going to be a Millennium is a classic example ignoring everything else the Bible is saying about a particular topic.

Dr. Rhodes: That’s right. It illustrates how important it is that Scripture interprets Scripture. We must consult all of the verses which deal with a particular topic. A lot of other verses exist which talk about the fact that Christ will rule the earth from Jerusalem, which is a fulfillment of the Davidic Covenant found in 2 Samuel 7.

Also, there will be specific land promises that will be fulfilled for Israel that can be found in the Abrahamic Covenant in Genesis 12. Then there’s the fact is that Christ will return again physically to this earth. His feet will touch the Mount of Olives. He will judge the nations, according to Matthew 25:31-46. He will set up His Millennial Kingdom over this earth.

Here’s something to think about — all of the Old Testament prophecies that pointed to the First Coming were fulfilled literally. For instance, the fact that the Christ was going to be virgin born (Isaiah 7:14), pierced for our sins (Zechariah 12:10), and born in Bethlehem (Micah 5:2). Therefore, we can trust that all of the prophecies dealing with the Second Coming and beyond will also be fulfilled literally.

Dr. Reagan: That’s another thing when I was growing up that my church told me: “You’ve got to understand that all of Bible prophecy is apocalyptic.” I thought “apocalyptic” was an illness or something, a disease. Bible prophecy was supposedly all apocalyptic and it never means what it says.

Dr. Rhodes: No, I would disagree with that. There are symbols, for example, in the book of Revelation, but right there in the context of Revelation most of those symbols are defined for us. For example, we see a reference to seven lampstands, but then the text goes on and tells us those seven lampstands represent seven churches. Or, you might read about a bowl of incense, but then the text tells us this bowl of incense represents the prayers of the Saints coming up before God. And so, yes, there are symbols, but the symbols are defined for us, and all of those symbols represent literal truth.

Dr. Reagan: My turn-around with Bible prophecy occurred with the book of Zechariah. When I was 12 years old I discovered Zechariah 14, and I just couldn’t believe it. I took the verses to my pastor and I said, “You say that Jesus will never put His feet on the earth again. This chapter says He’s coming to the Mount of Olives, and when His foot touches the Mount of Olives it will split in half.” Well, he sat there and he read it and he read it and he read it. I don’t think he’d ever read it before. Finally, he looked up and he pointed his finger in my face and he replied: “Son, I want to tell you something. I don’t know what this means, but I can guarantee you one thing, it doesn’t mean what it says.”

In fact, I was in a public discussion before some 2,000 people one time in Cincinnati where a fellow took the same position. He was an Amillennialist. All I used was Zechariah 14 because I knew Amillennialists focused solely on Revelation 20. He then got up and made this comment: “I don’t know what Zechariah means. I have no idea. But, I’ll guarantee you one thing, it has been fulfilled sometime and somewhere in history, because all of the Old Testament prophecies have been fulfilled.”