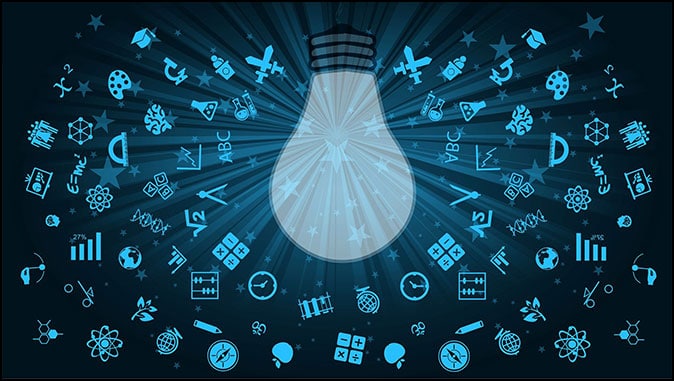 Dramatic Increases in Travel and Knowledge
By Britt Gillette

Twenty-six hundred years ago, God provided the prophet Daniel with a number of visions concerning the future. In one of these visions, God revealed several events set to take place just prior to the Second Coming. But an angel told Daniel to seal up his vision until the end times, “when travel and knowledge will increase”(Daniel 12:4). That means one of the clearest indications of the end times (and thus, the Second Coming of Jesus Christ) is a general worldwide increase in travel and knowledge.

As we survey the world today, do we see such an increase in travel and knowledge? Absolutely. In fact, we see a dramatic and undeniable increase in travel and knowledge. It’s so dramatic, it’s best described as exponential. Why? Because from the time of Daniel (6th Century B.C.) to around A.D. 1800, we didn’t see any noticeable increase in either. Then, something happened. The speed and frequency of travel started to pick up, and the pace of change continues to this day. And human knowledge? It took off as well, and it shows no sign of slowing down. The pace of change has been so rapid and consistent, people take it for granted. But if you take a moment to reflect on where we’ve been, where we are now, and where we’re going, I promise you one thing – it will astound you.

In the days of Daniel, most people traveled less than 50 miles from where they were born – not in the course of a year, but in the course of a lifetime. As a slave carried away into captivity hundreds of miles from where he was born, Daniel was the exception not the rule. After arriving in Babylon, he spent the remainder of his years in and around the city. In the ancient world, routine travel from one part of an empire to another was not commonplace. It was extremely rare. And sometimes these trips took months if not years.

In Daniel’s time, a horse was the fastest way to travel over land. This remained true for over two thousand years. During all those centuries, the speed of human travel didn’t change in any noticeable way. In the year 1800, the fastest land-based mode of transportation was… still a horse. The War of 1812 offers an excellent example to illustrate just how slow early 19th Century travel was. The Treaty of Ghent ended the war on December 24, 1814. The famous American victory at the Battle of New Orleans occurred on January 8, 1815 – fifteen days later. Travel was so slow, it took weeks for news of the treaty to reach the United States. But this shows something important – in terms of travel, things stayed relatively unchanged from the days of Daniel to the Battle of New Orleans.

Then, it all changed. Human travel exploded, and the change was both swift and dramatic. What caused this change? The Industrial Revolution. In the 19th Century, the Industrial Revolution gave birth to the steam locomotive. This revolutionized the speed of travel. While the average horse galloped at 30 mph, by 1900, trains routinely traveled twice that speed. Then, in the early 20th Century, the horseless carriage (the car) took the world by storm. In 1908, the Ford Motor Company produced the first Model T – a car with a top speed of 40 mph. By the 1920’s, race cars topped 100 mph.

For thousands of years, the horse dominated land-based travel. Yet within the span of a single century, trains and cars completely replaced horses as the dominant mode of travel. And the speed and power of human travel continued to increase throughout the 20th Century and right up to our present day. Similar advances took place in both water and air travel.

And air travel? No other mode of travel better illustrates Daniel’s long ago foretold increase in travel and knowledge. For several thousand years, men dreamed of controlled flight. But for centuries, that’s all it was. A dream. Then, in 1903, Orville and Wilbur Wright put together an airplane that flew for 12 seconds and traveled 120 feet. Just 66 years later, Neil Armstrong stepped on the moon. Do you think that qualifies as a notable increase in travel and knowledge?

About three hundred years before Jesus, the Ptolemaic dynasty in Egypt constructed a library. Known as the Ancient Library of Alexandria, many consider it to be the greatest collection of written knowledge in the ancient world. While we don’t know for sure how much knowledge was housed there, some estimates say as many 500,000 papyrus scrolls. This means the library probably housed tens of thousands of original works comparable to today’s books, although some of these may have been duplicates. Two thousand years ago, this was the height of human knowledge. Today? You probably have a bigger library on the phone in your pocket.

Today, the number of books in the world is orders of magnitude larger than in ancient times. Ten years ago, Google estimated more than 129 million books are in print, and UNESCO claims 2.2 million new books are published each year. The emergence of ebooks and self-publishing have only accelerated that number. Today, you can buy a Kindle for less than a hundred dollars and hold a library larger than the Library of Alexandria in the palm of your hand. In terms of books alone, we’ve seen an exponential explosion in the amount and availability of knowledge. But Daniel’s predicted increase in knowledge is not limited to books.

The 20th Century witnessed an explosion of information via newspapers, magazines, radio, television, 24/7 cable networks, the Internet, and smart phones. Think of all the knowledge and information available on the Internet. In 1990, there was only one website. Hard to believe, isn’t it? Six years later, the Internet had over 100,000 websites. A decade later? One hundred million. As of right now, estimates say two billion websites are in existence. And that number will be out of date by the time you read this because each day sees another 500,000 websites come online. In fact, more information is added to the Internet every day than existed in the Ancient Library of Alexandria.

The world today features more than 25,000 universities. And according to University World News, over 30,000 scientific journals publish a total of two million articles each year. Think we’re witnessing a significant increase in knowledge? I think so, and the Bible says this means we’re on the cusp of seeing significant world events.

The Book of Daniel says an increase in travel and knowledge will immediately precede the Second Coming (Daniel 12:4). That’s exactly what we see today.

For thousands of years, the horse remained the fastest mode of transportation on land while the world’s most celebrated libraries contained at best a few hundred thousand papyrus scrolls. Today, jets travel faster than the speed of sound and handheld devices store hundreds of times as much information as the Library of Alexandria.

It’s clear the world we live in has transformed dramatically since the days of Daniel. Critics mock this idea. They say, “Oh, Jesus is coming back is He? Christians have been saying that for 2,000 years. Yet, the world goes on just the same as it ever has. What’s so different now?” This is the same argument Peter warned about almost 2,000 years ago (2 Peter 3:-4). But it’s an absurd argument.

Do you believe the world of today is “the same as it’s always been”? I don’t. For centuries after the crucifixion of Jesus, the world was very much the same. Not one of the signs of the Second Coming Jesus and the prophets said to look for was present. But today?

It’s clear travel and knowledge have exploded. And all the signs Jesus and the prophets said to look for are present. They include, but aren’t limited to:

These signs point to the soon return of Jesus. He’s right at the door. Jesus told us to “look up” when we see all these signs converge (Luke 21:28), and they’re converging right now. That means we’re on the cusp of the end times, and the Second Coming of Jesus Christ is close at hand.