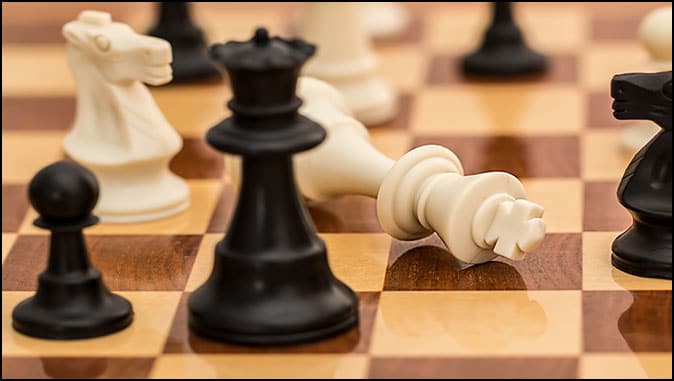 A coup is a sudden, violent, and illegal seizure of power from a government. It is also called a coup d’état. A few synonyms for a coup are: overthrow, takeover, ousting, revolution, insurrection, mutiny, insurgency and rioting.

The United States of America is neck deep in a coup by the Democrat party to take total control of our country. This election of November 3rd, 2020 is the most important election this country has ever faced. At the very least…the most important in 160 years.

The following is a SHORT list of liberal, far left, Democrat objectives (in alphabetical order):

Continued murder (butchering) of babies, even after they are born

Continued and intensifying harassment of our churches and pastors

One party control of Congress

Attack on the second Amendment

Little to no police protection

Mob rule and little to no police protection

President Trump is not perfect (raise your hand if you are), but God is using him to retain some sanity in this country and to provide us more time to repent prior to His judgment.

President Trump has kept his promises even throughout nearly four years of constant harassment by the Democrat party. John and Robert Kennedy would turn over in their graves if they could see how anti-America their party has become.

This coming election is not about Democrat vs. Republican. It is about some sense of continued freedom for the American people verses satanically inspired people who want to totally control our lives.

I honestly don’t see how any true born-again Christian can support any of the items I have listed above. That said, voting Democrat is showing support for all of these items and more. Granted, some are more important than others as a Christian; i.e. abortion, churches, deviant sexual laws, Israel, etc. Even the other items shown are critically important because they will determine what happens to us spiritually and as citizens.

Every Christian should join Franklin Graham in praying for our country. We are at a crossroad that will determine the fate of our existence as free Americans.

God allotted us extra time by allowing President Trump to win the election in 2016. I can’t judge President Trump as to whether or not he is a man of God, but he has been placed here by God for such a time as this. God will install whomever He wishes as leader of a nation and use them for His purpose. God used Nebuchadnezzar to bring down judgment on Judah. He used Cyrus to liberate His people and to rebuild the temple. He used Alexander the Great to assure the Bible be written in koine Greek. He used President Harry S. Truman to recognize Israel as a new nation on May 14, 1948, even against much opposition.

Now is the time to pray that God is still willing to continue His use of President Trump and Vice President Pence to protect us from the wolves at the door. Let us clearly understand that God isn’t interested in our “keeping up with the Joneses.” He is interested in our repenting and turning to Him. He wants our worship, not our sharing Him with other gods in our lives.

My wife and I pray about this situation almost daily, but we always close by saying “Your will be done.” We pray that if it is God’s will that evil be allowed to have its way (Romans 1:24, 26, 28), that He just see us through it.

If the Democrats are allowed to succeed next month, I’m even more convinced of the shortness of the hour. America is not a major player during the Tribulation. Therefore, we must fall from our perch. Could Democrat success at the polls be the beginning of our downward slide of national importance? I think so.

The next event on God’s calendar is first removing His Church (Rapture) from the earth prior to His judgment and then the Tribulation will follow. When these two events will happen, I haven’t a clue, but I do realize we are in the season of our Lord’s return. How long is a season? I don’t know, but this I do know, my ears are tuned to the call, “Come up here.”

My prayer, and I’m sure yours too, is that many, many more will come to know Jesus as their Savior and Lord before these events take place. Jesus tells us to pray for our enemies. When I think of this, I can see the faces of so many who are filled with hate for all that is of God. I see the faces of those who seek to destroy our Constitution and thereby our country. Should we pray for them? Most definitely, “Yes!” They are just sinners who need to repent and be saved. All of us are sinners, except some of us are saved sinners.

No true Christian would want anyone to experience God’s judgment, even though we know most will not repent. The Bible is very clear about the seven years just prior to Jesus’ return to earth. It isn’t pretty at all. The Tribulation will be the most horrible time the earth has ever experienced. Even though we can read about it in God’s Word, we can’t imagine just how hellish it will be.

Every Christian needs to understand the book of Revelation. It, and other books that support it, tell us in very explicit language what is ahead for this world. As a Christian, you will see the urgency for others to be saved.

God has blessed us as a nation because we honored Him. However, we no longer do so; we show every day our contempt and hatred for Him. The Democrat party doesn’t even want His name mentioned at their convention. This country is sinking like the Titanic and the Democrat party is sabotaging the life boats. I just pray God’s patience hasn’t run out, especially for the sake of so many who are goose-stepping their way toward hell.

As a nation we are circling the drain. Will God intervene again as He did in 2016? We’ll know soon enough.

“Let all the earth fear the LORD; Let all the inhabitants of the world stand in awe of Him.” (Psalm 33:8)

“The LORD looks from heaven;
He sees all the sons of men;
From His dwelling place He looks out
On all the inhabitants of the earth,
He who fashions the hearts of them all,
He who understands all their works.” (Psalm 33:13-15)

“Behold, the eye of the LORD is on those who fear Him,
On those who hope for His lovingkindness,
To deliver their soul from death
And to keep them alive in famine.
Our soul waits for the LORD;
He is our help and our shield.
For our heart rejoices in Him,
Because we trust in His holy name.
Let Your lovingkindness, O LORD, be upon us,
According as we have hoped in You.´ (Psalm 33:18-22)

Our Worst Nightmare! But the best is yet to come!

Our Worst Nightmare! But the best is yet to come! By Bill Perkins "A false…

No Telling What We Will Face

Anticipating Prophetic Cry for Peace and Safety By Terry James The single most prominent contribution,…

The COVID-19 Vaccine is Not the Mark; It’s the Prep to the Mark

The COVID-19 Vaccine is Not the Mark; It’s the Prep to the Mark By Todd…