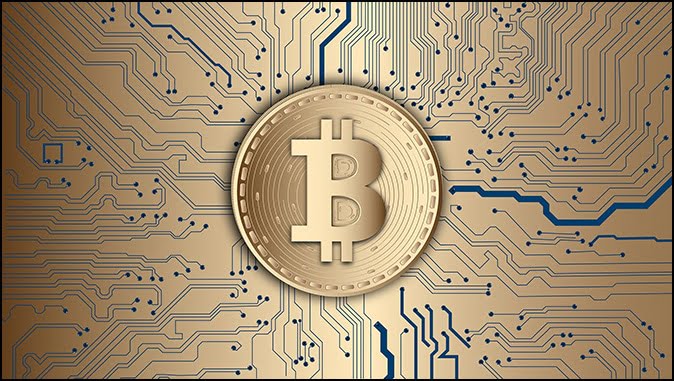 Cryptocurrency and the Coming Global Tyranny
By Britt Gillette

As the coronavirus swept across China in early 2020, several news outlets posted stories about the Chinese government laundering money – not in a traditional sense, but in a literal sense. With so many people touching paper currency, China cleaned and disinfected vast amounts. In other parts of the world, where governments haven’t taken similar measures, many are making a personal choice to avoid paper currency because they’re afraid of contracting the coronavirus. This fear of virus-tainted paper money is only the latest event driving the world toward an all-digital financial system.

In late March, as state lockdowns led to a massive increase in unemployment claims, Congress passed the Coronavirus Aid, Relief, and Economic Security Act (known as the CARES Act for short). One of the highlights of the bill was a one-time $1,200 payment to most people over age 18 (with additional $500 payments for children). Believing these payments would “stimulate” an economy in freefall, Congress sought to get cash in the hands of workers as soon as possible. But two weeks after Congress passed the CARES Act, few people had received their stimulus payments. Even now, some people still haven’t, and critics have attacked the government for its slow, bureaucratic response. With millions struggling to pay their bills, many believe a U.S. government-backed cryptocurrency could have delivered the payments faster.

The Call for National Cryptocurrencies

Need an example? Last month, Wang Zhenying, president of the Shanghai Gold Exchange, called for a new “super-sovereign currency system” to rival the U.S. dollar. Wang said no country should have the ability “to freeze the international assets of another country.” What Wang really means is the United States shouldn’t have that ability. I doubt he would protest if China had such power. After all, China is seeking that power by rolling out plans for its own cryptocurrency. No doubt, they hope it become a rival to the U.S. dollar.

China is currently testing a state-sponsored cryptocurrency through internal pilot tests in four different Chinese cities. Known as the DCEP (Digital Currency Electronic Payment), current expectations are for a late 2020 rollout to the general public. The aim is to eliminate the use of Chinese paper currency and replace it with the new Chinese cryptocurrency, giving China insight into every transaction DCEP is involved in – whether or not the transaction in question takes place in China.

The end of paper money and its replacement with government-sponsored cryptocurrency will put unlimited power at the fingertips of government leaders. Not only does cryptocurrency offer a way to permanently record every financial transaction, but it will also be able to track where you go and what you do. It will track the websites you visit and make note of who your friends are. While most of this information is already available through tracking of credit and debit cards, mobile phones, and social media profiles, a state-sponsored cryptocurrency will provide unfettered access to this information. It will create a closed, government-controlled economic system where you’ll be dependent on the government’s cryptocurrency to pay for all your needs.

If the government decides they don’t like you, they can turn off your access and freeze you out of the banking system. They’ll be able to decide what you can and can’t buy. They’ll be able to tell you where you can and can’t go. In essence, they’ll have complete control over your life. And while I’d like to think we can take measures to avoid it, the rise of government-sponsored cryptocurrency is inevitable.

The coronavirus will accelerate the adoption of state-sponsored cryptocurrencies and the elimination of paper currency. For instance, earlier we mentioned passage of the CARES Act and the weeks long delay in processing stimulus payments. Advocates for a national cryptocurrency say the payment process could have been faster if every citizen had a “digital wallet” and the government could simply deposit the cryptocurrency with the push of a button. In the aftermath of the coronavirus, they’ll push for such a system.

Think most people will oppose it? Think again. Adoption of such a system will be quick and easy. The government will simply launch a campaign to “claim your digital wallet.” To incentivize people to do so, they’ll provide an initial deposit of $10,000 (or $20,000, $30,000, or whatever amount it takes to get people to take action). Once everyone is onboard, they’ll eliminate paper currency and other options for payment of goods and services. The result will be a government-sponsored cryptocurrency-only economic system. One the government controls from top to bottom.

But even if that doesn’t happen, paper money will disappear anyway. How can I be so sure? Because new technologies will soon make it impossible to prevent counterfeiting. 3D desktop printing technologies will create objects where every molecule is perfectly positioned. With such technologies, counterfeiters will flood the world with perfect copies of every national currency. No one will be able to tell the difference between a fake dollar bill and a real dollar bill. When that happens, both the fake and the real will be worthless. World governments won’t have a choice. They’ll quickly do away with all physical currency, and all economic transactions will go electronic. The replacement will be either a series of national cryptocurrencies or a single global cryptocurrency.

None of this should surprise you. Long ago, the Book of Revelation foretold the establishment of an end times economic system eerily similar to a world dominated by a government-sponsored cryptocurrency. The Bible says a time will come when a global dictator will require everyone on earth to receive a mark on the right hand or the forehead (Revelation 13:16). Without this mark, the people of the world will be unable to buy or sell anything (Revelation 13:17). How will this work? It remains to be seen. But the worldwide rush to create government-sponsored cryptocurrencies provides us with a glimpse as to how such a system might work.

The Bible says the Antichrist will rule a global government (Revelation 13:7). In order to control who can buy and who can sell, the Antichrist will need a system capable of tracking every transaction on earth. He’ll need a way to monopolize all financial transactions and a way to kick people out of the system if they don’t do his bidding. A global government-controlled cryptocurrency will provide him with such a system.

So what does all this mean? It means we’re fast approaching a time the prophets warned about. We’re in the midst of a global pandemic (Luke 21:11). Israel is back in the land (Jeremiah 23:7-8). The Jewish people are back in Jerusalem (Luke 21:24-28). And the Gospel is being preached throughout the world (Matthew 24:14). The end times approach. The tribulation, the Antichrist, and global government aren’t far behind. But this means the rapture is also near. So don’t despair. While it looks like the world is falling apart, every Christian should be filled with peace. We know how it all ends. Jesus is coming (Revelation 22:20), and He’s coming soon!