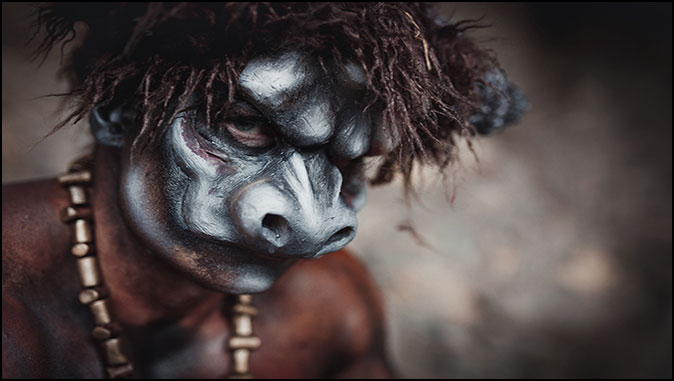 How little life matters even while hordes are demanding that we see that “Black Lives Matter.” We can only stand amazed that anyone would dare to start a movement based on this slogan when almost 4,000 black babies a day are aborted, and many thousands of black lives are lost yearly to black-on-black crime.

But the proverbial “confusion of face” has always followed the days of deepest depravity. (Ezr 9:7)

What does this mean?

It could not be simpler. Because we no longer regard our sin we are cast or dumped into confusion by the Almighty and any chance of recovery grows slimmer by the day.

“He, that being often reproved hardeneth his neck, shall suddenly be destroyed, and that without remedy.” (Pr 29:1)

We like to identify each generation or decade by the unique or most popular cultural trends and thus, it is the music or the clothes. Sometimes it is certain scientific breakthroughs or historic moments like the moon landing.

But that is only one view.

A far more honest and accurate summary of our world and its historical and cultural changes is based on the comparison of the prophetic and the pathetic.

Prophecy declares in no uncertain terms that our world begins a decaying that gains speed as we approach the last days. The speed is based on a pathetic world view that thinks men came from monkeys and space is the final frontier.

In God’s economy man came from Him but he has not specifically made man responsible for getting somewhere in outer space. We are responsible for what we do as we travel through time, which is far more limited than our imaginations are willing to admit.

We all know about time and space, but we are not so aware that man will choose the wrong concept to dally over. Space outside of our world is without limit, but time on our planet is miniscule and that is why, how we travel through, is a billion times more important than how far we travel out.

We struggle (in theory) to preserve life even at the same time we war, kill, and waste the lives of unborn babies at a rate of thousands per day. It is not that black lives don’t matter, but we are just a little too late. As the last days approach prophecy says that almost no lives will matter – and we are even told why!

“And because iniquity shall abound, the love of many shall wax cold.” (Mt 24:12)

Dead babies, rampant LGBT activity and the out-of-control transgender activity are enough, but along comes another giant leap for the demise of man.

Now science in all her often unwarranted and often undeserved pride has decided to further the dystopic vision, or nightmare, of the Greek mythological chimeras. Part man, part beast, all produced under the guise of the proverbial, “the end justifies the means.” The end is the growing of human organs, to help those who suffer with organ failures. The means is to cross humans with lower species of animals.

The birth of half-human, half animal chimeras is now becoming a reality according to the bbc.com website.

H.G. Wells may be in ecstasy in the ethereal realm as his nightmarish specter now becomes almost a reality.

Here is another reality. If God is displeased with the perverting of the sexes, what will be his reaction be to the mixing of the species?

Flaunting and now testing God, we have human monkeys from China, human pigs from California, and a human mouse from Japan.

The biblical view of this activity would see all these experiments as coming not from various countries, but from the depraved minds of fallen men. More succinctly they are from hell itself.

Although this writer does not ascribe to the idea that the coming last dictator over the entire world known as the antichrist is the very spawn of the devil, it does not seem too far-fetched, to think man may be willing to cross breed with demons, if they thought it would result in some benefit.

The antichrist will be modern man’s most appealing example of everything that is emerging in our day. He is fed all his thoughts and aspirations by the god of this world (Satan) and abortions, cross breeding, transgender and gay agenda, and lawlessness in general will be his stock in trade.

The only law that he will demand is that fallen man worships him. By the time he demands our worship he will have three-and one-half years to carry out his twisted dream for a fallen world.

The book of Revelation says he sets up an image of himself in the newly constructed Jewish Temple and expects everyone to view it and show homage to it as well.

When these things were written no one could imagine how his image could be seen everywhere in the world simultaneously. With modern digital international communications, there is no longer a question.

Some have conjectured that it will be a digital broadcast, others think it may be a hologram, but today a new possibility has arisen.

Broadwayworld.com is now inviting people to gander at the latest attraction for 2021. It is giant statue that can move, speak and change its resemblance to any person known today or from any time in history, here is the swelling headline.

“Get A First Look At ‘The Giant’ Statue Coming To 21 Cities Across The Globe – The ten story public art display will showcase the giants in communities across the globe using technology to celebrate humanity.”

It can become Einstein, Earhart, or yes, the antichrist.

Our children are being indoctrinated by liberalism, critical race theory, BLM, Antifa, communism and Godlessness – is it not all that hard to believe that they, our children, will be the ones who will soon worship this “beast” scripture refers to as the antichrist?

If you are thinking this is not possible – you are not thinking.

Michael Bresciani is the editor of new.americanprophet.org and americanprophet.org archive since 2005. The website features the articles and reports of Bresciani along with some of America’s best writers and journalists. Millions have read his timely reports and articles in online journals and print publications across the nation and the globe.