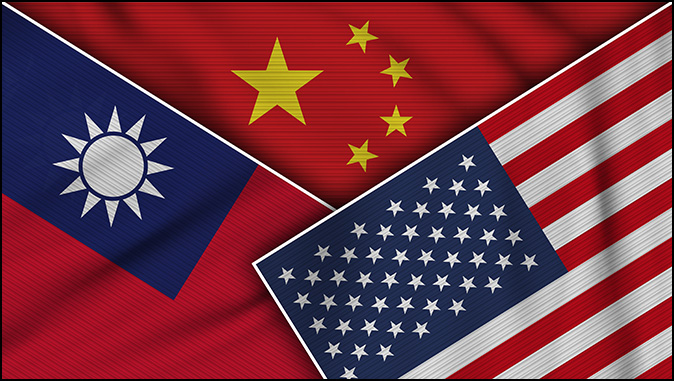 Nancy Pelosi is a physically unimposing 82-year-old. But her recent visit to Taiwan made the great and ancient nation of China quiver in its boots. Chinese leaders blustered and shouted; demanded and threatened. They made a great show of their military might, sending warships and aircraft into the area around Taiwan. They blasted missiles over the island, their smoke trails filling the Taiwanese sky.

It was not the reaction of a confident superpower, but of a nervous child trying to hide its impotence behind the bluster of shaking fists and threatening pronouncements. A spokesman for the Chinese Defense Ministry said, “The US-Taiwan collusion and provocation will only push Taiwan towards the abyss of disaster, bringing catastrophe to Taiwan compatriots.”

Why would a visit from an American official “push Taiwan towards the abyss of disaster”? In recent years, many members of Congress have visited the island nation. It happens on a regular basis. She was not even the first Speaker of the House to visit. Newt Gingrich did it back in 1997, and it was no big deal.

What happened this time?

President Biden (like most of his presidential predecessors over the last fifty years) has bent over backwards to appease China. Much of corporate America stands firm with China, despite its abysmal record on human rights. Some of our biggest corporations are addicted to China’s cheap labor, and they have high hopes for China as the ultimate market for their goods.

America’s poorly planned exit from Afghanistan and continuing capitulation to the Taliban have given the world a sense of American weakness and timidity. While standing with Ukraine since the Russian invasion, the US was hesitant to say or do anything that might offend Russia before the invasion. Over the last few years, China supported Russia, North Korea, and Iran in all their deadly misadventures, and felt no ill-effects from US foreign policy.

This time Chinese leaders thought they had the right combination of American weakness and vacillation to show the world their newfound power. So, when someone leaked that the Speaker might drop by Taiwan on her Asian tour, China put on a big show of imperiousness. They really seemed to think that they could intimidate the United States.

But their public bluster forced the Speaker’s hand. If they really cared about her visit, quiet diplomacy would have almost certainly prevented it. But when China acted as if it could dictate a new US policy regarding travel to Taiwan, she had to go. Meanwhile, the sound and fury of the Chinese response weakened their international position.

China today is a troubled nation and, in this case, troubled means dangerous. China generates amazing amounts of money, but the people are still poor. Their government must use extreme technologies to keep them in line. Meanwhile, their economy remains highly vulnerable to global slowdown.

Bible prophecy speaks of the “Kings of the East” sending a vast army toward Israel and Armageddon in the last days of the tribulation period. China will almost certainly lead this coalition. The Bible speaks of it as a world power in the end time, but not a dominate one. That means China is not on the verge of taking over the world. But it is dangerous.

Dark Storm Clouds Are Approaching By Grant Phillips Eleven years ago, I wrote an article…

America Is Not Exempt From Judgment