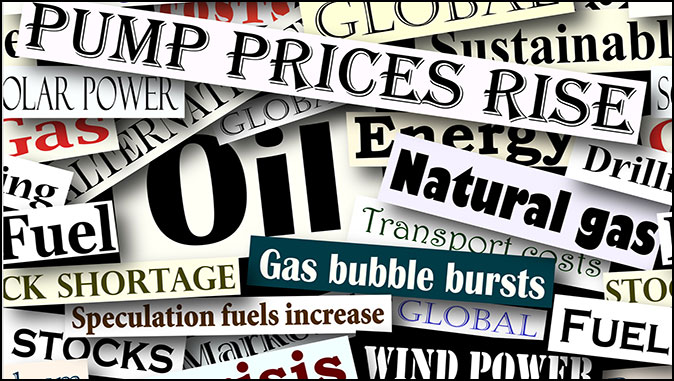 Are We Facing a New Energy Crisis?
By Todd Strandberg

Last week, President Biden went to England to recommit America to the Paris Climate Accords agreement. This treaty has goals that cannot be achieved, particularly in the area of energy.

The International Energy Agency is operating under the guidance of the Paris Agreement emission targets. According to the IEA, natural gas demand must peak between 2025 and 2030 and start declining from 2030 onwards if the world is to achieve net-zero emission status by 2050.

The Biden administration pledged that the U.S. will cut its carbon emissions by 50% by 2030. It then announced that it seeks to ensure that half of all new passenger vehicles sold in the United States by 2030 are powered by electricity.

It would take a huge miracle to reach these goals. We simply do not have the basic materials to create this green new world. The supply of copper, cobalt, platinum, and various other vital metals is running out. The head of one of Tesla’s divisions is only hoping for 10 million electric cars by 2030. The Biden administration produced a goal that one would expect from a Soviet central planning board.

It is easy to set targets, but the difficult part is to reach them. All-new rules for energy usage can have dire consequences that either come out of nowhere or result from bad planning. These energy problems are not like a bad haircut that you just let grow out to fix it. We could be facing an energy crisis that requires a decade to fix.

Coal is the dirtiest of all fuels because it creates the most amount of carbon dioxide. The switching of many power plants to natural gas drove down the price of coal and put many coal mines out of business. Now that the pandemic, hurricanes, and other factors are driving the price of natural gas to the moon, there is a huge demand for coal again.

In just this year, U.S. power generation derived from coal increased from 15% to 25%. Power plants are expected to burn 19% more coal this year.

The latest Bloomberg data shows U.S. coal supplies are at two-decade lows ahead of the winter. If we have a very cold winter, we could see things that made the Texas power problems in February look like a minor event.

Peabody Energy Corp., the top American supplier, has contracts for more than 90% of its coal from the Powder River Basin region next year and all of the power-plant fuel from its other U.S. mines. And Arch Resources Inc., the No. 2 producer, has lined up deals with utilities for all of its 2022 output from the basin at an average price that’s 20% higher than current spot prices.

“It’s pretty much sold out,” Peabody Chief Executive Officer Jim Grech said Thursday during a conference call. “We only have a small portion left to be sold for 2022 and 2023.”

China is so short on coal it has had to shut down factories to save power. The power crisis in the world’s top consumer of coal comes as strong demand from manufacturers, industry, and households has pushed prices to record highs and triggered widespread curbs.

China partly got itself in trouble by boycotting Australian coal over some political dispute. An estimated one million tonnes of Australian coal have stayed in bonded warehouses along China’s coast for months, uncleared by customs after Beijing’s ban last October.

Beijing has suddenly decided it loves Australian coal and has released the coal from bonded storage. China has had bad luck with boycotts. It told the Trump Administration that it would not buy any soybeans from America. When the Chinese crop was wiped by floods and South America had no spare soybeans because of drought, the Chinese made record purchases of American soybeans.

Rebounding U.S. oil demand, a slow recovery of domestic production, and extreme weather-related events have drawn many barrels this year out of the key U.S. crude hub at Cushing, Oklahoma. Crude oil stocks at Cushing — the delivery hub for the WTI Crude futures contract — have more than halved since April 2020, when the market was fretting about high inventories as the pandemic forced governments to announce widespread lockdowns. Even with oil at $80 per barrel, Cushing is at a historic low end of its capacity.

Our energy infrastructure is failing with greater frequency because of mismanagement. Politicians are so fixated on green energy that they are leaving people to face power outages, soaring heating bills, and gas stations that are out of fuel.

In so many areas, we have less margin to handle a mishap. If we have an extremely cold winter, there could be places that could run out of a vital form of energy. I think demonic forces are largely to blame for why leaders are making so many bonehead plans. The devil knows that chaos is what allows him to gain greater control of this world.