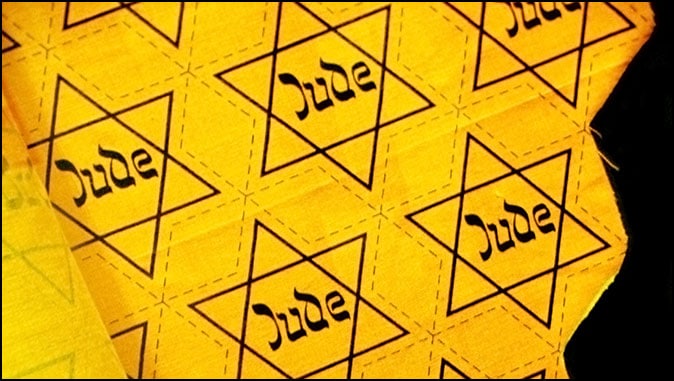 Antisemitism Is Now an Acceptable Form of Racism
By Todd Strandberg

For decades, the horrors of the Holocaust had made it unacceptable for anyone to vent antisemitic remarks. As memories of the Nazi years have faded, the same old hatreds against Jews have made their return.

In May, there was renewed violence at the border between Israel and the Gaza Strip. Even though the fighting was 100% caused by Palestinians firing rockets into Israel, many blamed the Jews for the conflict.

Many people think that Jews and Israel are basically the same thing. They aren’t, and to assume so is racist.

During the conflict, there were many placards at a Free Palestine march in London. It displayed an image of Jesus at one of the stations of the cross. Underneath it was the words: “Don’t Let Them Do It Again Today.”

The word “Them” on that placard can mean only one thing: Jews. Not Israel. Jews. It expresses the oldest negative myth about the Jewish people – older even than the notion of blood libel or that Jews secretly control the world – that Jews are Christ-killers. Now, you may want to criticize the Israeli government and its policies. But that sign perpetuates not a modern but an eternal sense of the wickedness of the Jewish people; it must be, as Benjamin Netanyahu and Naftali Bennett were not around in AD 33 cheering for Barabbas.

There was a huge increase in hate crimes against Jews during the Israeli/Palestinian conflict — a 600% rise in incidents in the UK alone. Attacks on Jews during these conflicts are seen not just as understandable but excusable.

Ukraine’s pre-war Jewish population of about 1.5 million was virtually wiped out in the Nazi Holocaust. An estimated 0.2% of Ukraine’s 41 million population is Jewish, and still, there have been several cases of antisemitism since its independence in 1991.

The vast majority of attacks on Jews have been carried out by Europe’s surging Muslim population. Because Islamophobia is viewed as a greater sin, one government after another refuses to recognize the source of the antisemitism.

In the Greater Boston area, several large pink billboards were put up as part of an activist’s new tactic to call out antisemitism in the wake of increased violence against members of the Jewish community.

One billboard reads: “Does your church need security cameras? ‘Cause our synagogue does.”

Another sign reads: “We’re just 75 years since the gas chambers. So no, a billboard calling out Jew-hatred isn’t an overreaction.”

Pope Francis recently called for an end to antisemitism during a trip to Hungary, where he warned that prejudice against Jews was a “fuse that must not be allowed to burn.”

“I think of the threat of antisemitism still lurking in Europe and elsewhere,” the pope said at an ecumenical meeting of Christian and Jewish leaders in the capital, Budapest.

“This is a fuse that must not be allowed to burn. And the best way to defuse it is to work together, positively, and to promote fraternity,” he said.

The problem of antisemitism is not going to be solved until society realizes the so-called progressive movement is largely the source of this hatred. These types of Leftists are very dangerous because they view themselves as incapable of having racist thoughts. They don’t have a problem with Jews: Israel is the source of all conflict.

This notion that antisemitism only stems from the actions of the Israeli government is the type of logic that only Hitler would understand. But antisemitism has this particular spin in some progressive quarters: that the hatred doesn’t arise, as with all other racisms, from scapegoating by the majority culture but from something perpetrated by the minority itself. When bad things happen to Jews, Jews are always, in some way, responsible.

The Bible warns many times that a great persecution is coming in the last days for both Jews and Christians. Now that the world has found an excuse to go after the Jews, we have a strong indication that the tribulation period is about to begin.

“And when he had opened the fifth seal, I saw under the altar the souls of them that were slain for the word of God, and for the testimony which they held: And they cried with a loud voice, saying, How long, O Lord, holy and true, dost thou not judge and avenge our blood on them that dwell on the earth? And white robes were given unto every one of them; and it was said unto them, that they should rest yet for a little season, until their fellowservants also and their brethren, that should be killed as they were, should be fulfilled” (Revelation 6:9-11, KJV).