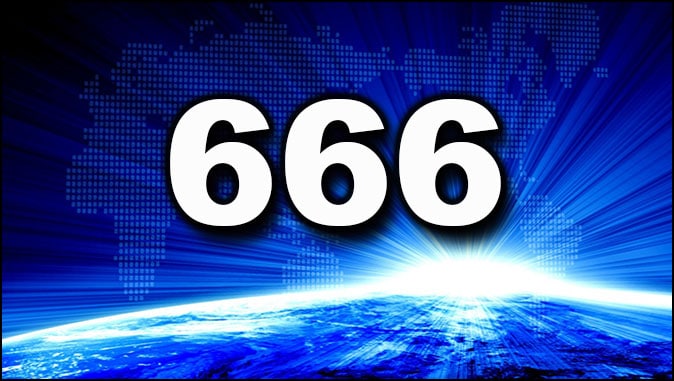 Anticipating the Antichrist
By Jan Markell

Oh, how America is preparing for the Antichrist with a Godless mindset.

A recent article in the Los Angeles Times and Yahoo News is headlined, “Why America’s Record Godlessness is Good News for the Nation.”

In part it reads, “The secularization of U.S. society—the waning of religious faith, practice and affiliation—is continuing at a dramatic and historically unprecedented pace. While many may consider such a development as a cause for concern, such a worry is not warranted. This increasing godlessness in America is actually a good thing, to be welcomed and embraced”

As recently as 1976, nearly 40% of Americans said they believed that the Bible was the actual word of God—to be taken literally. Today, only about a quarter of Americans believe that. More believe the Bible is a collection of fables, history and tales written by men.

Rep. Jerry Nadler (D-NY) recently proclaimed that God’s will was of no concern to this Congress. First the liberals kicked God out of the Pledge of Allegiance and then out of their Democrat National Convention in 2012. Until recently, they did not make an effort to force the rest of the nation to also abandon God.

Secularization has consequences. Check out nations that have experimented with it: Japan, Scandanavia, Australia, the U.K. and parts of Eastern Europe. How is society functioning in Godless China and Russia? Once God is gone, repression almost always follows.

It reads, “The organic secularization we are experiencing in the United States is a progressive force for good, one that is associated with improved human rights, more protections for planet Earth, and an increased socio-cultural propensity to make this life as fair and just as we can—in the here and now—rather than in a heavenly reward that fewer and fewer of us believe in.”

Does this not foreshadow the words of Luke 18:8: When Christ returns, will He find any of faith?

For one hundred years, there has been an effort to make government god. Starting in 2020, an element was added that furthered that agenda—fear. Fear of a pandemic. It became the perfect storm.

Author and blogger Jonathan Brentner writes, “The combination of fear and the great deception of our time, have made vast numbers of people willing to submit to the government, which they now regard as the protector of their health. As a result, they have willingly given up many of their rights and freedoms for the sake of remaining healthy, a trend sure to continue.

“The New World Order (AKA the beast) cannot exercise its dominion over people apart from their willingness to submit to dictates of a government they trust for their well-being and health. People wear masks without questioning their effectiveness.

“And, very few pastors stand up against the restriction regarding the freedom of religion imposed on them by socialist governors.

“In order for the elite to achieve their ultimate goal of a one-world government, they must convince people of the need for more government control of their lives. This explains their devotion to the contrived climate emergency and why they will not let go of the increased control over our lives that they have achieved through the China virus.”

Four of the most terrifying words in the Bible are “God gave them over.” (Romans 1:24-28) Because man rejected God, He gave them over to foolish idolatry. We find the same principle in 2 Thessalonians 2, but this time in terms of delusional beliefs: Those who reject God’s truth will end up following the Antichrist. They will run pell-mell into his arms.

The stage is being set.

Just 50-100 years ago, our churches were filled on Sundays. Even though the Mainline Protestants were in decline, still faithful Presbyterians, Lutherans and Methodists joyfully sang hymns. The evangelical church was exploding in reaction to the liberalism that had invaded the church.

The thought of a prominent U.S. Congressman stating that our government was not concerned with God’s will was unthinkable!

But 50-100 years ago we were not so late in the game! Few were even thinking about the Antichrist, much less knowingly or unknowingly heralding his coming. Now he is on the horizon. So are the Four Horsemen.

Evil is on its way. So is the return of the Lord in what is known as the Rapture of the Church. That’s the good news in the midst of this sad story. He’s coming soon whether the church today talks about this event or not. Nothing can stop it. It is imminent. Any minute.

Are you ready? “All who call on the Name of the Lord Jesus Christ will be saved.” Romans 10:13.