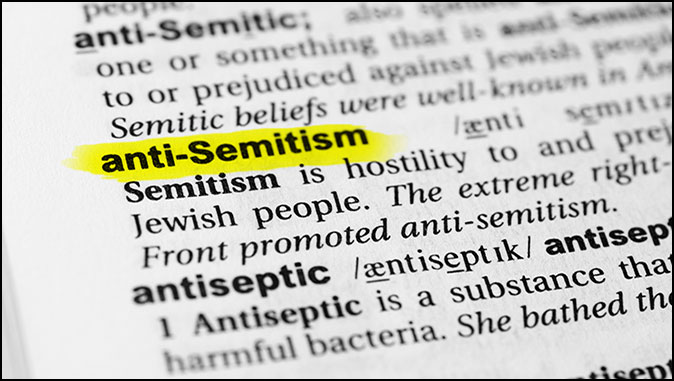 Anti-Semitism in America
By Todd Strandberg

I do not understand why Kanye West is a major celebrity. There are clear signs that this man has mental problems. He has currently taken on the name Ye, and I refuse to refer to him by this name because it is the shortest verse of his title of him claiming to be God (Jesus Christ).

West has amplified many anti-Semitic tropes and conspiracy theories. During an interview on Revolt 0TV’s “Drink Champs” series that was posted and then removed, he repeatedly blamed “Jewish media” and “Jewish Zionists” for numerous alleged misdeeds, stating that “Jewish people have owned the Black voice” and that “the Jewish community, especially in the music industry…they’ll take us and milk us till we die.” Referencing Nation of Islam leader Louis Farrakhan, he also commented that he was “#MeToo-ing the Jewish culture. I’m saying y’all gotta stand up and admit to what you been doing.”

West doubled down on his anti-Semitism during an interview with NewsNation, criticizing the so-called “Jewish underground media mafia” and alleging that “every celebrity has Jewish people in their contract.” He also claimed that his life was threatened by his Jewish managers, lawyer, and accountant due to his political beliefs. On both “Drink Champs” and NewsNation, West is one who holds to the view that Black people cannot be anti-Semitic, stating that “we are Semite, we Jew, so I can’t be anti-Semite.”

West lost an Adidas deal that was worth $1.5 billion over his anti-Semitic remarks. He is apparently such a devoted Jew-hater, the loss of all that money had no effect on him. West is such a lunatic that many people ignore him. Even if his words are seen as crazy talk, more and more people agree with him.

Brooklyn Nets guard Kyrie Irving has been suspended due to a now-infamous tweet in which he included a link to a film chock full of antisemitic tropes. After Irving chose not to “disavow antisemitism,” the Nets had no choice but to sideline him.

The 2018 film Hebrews to Negroes, based on director Ronald Dalton Jr.’s book series of the same name, is a three-plus-hour effort to “prove” the Black Hebrew Israelite belief that certain people of color, including Black Americans, are the true descendants of the biblical Israelites.

The film includes passages from Henry Ford’s The International Jew and two purported (though seemingly fabricated) quotations from Adolf Hitler.

“[The Americans] plan on moving these false white Jews into a state of Israel. Because the white Jews know that the Negroes are the real children of Israel, and to keep America’s secret, the Jews will blackmail America. They will extort America; their plan for world domination won’t work if the Negroes know who they are.” [Fabricated “quotation” falsely attributed to Adolf Hitler]

The suspension of Irving has done wonders for nearly all the books that promote the Black Hebrew Israelite lie. Thousands of people want to read or listen to the forbidden book/movie. The Book Hebrews to Negroes: Wake up Black America has been out for several years, and now it’s in the top 10.

Some of the damage on the anti-Semitism front was done by Comedian Dave Chappelle. On SNL, he waded into the controversy caused by Kanye West and Kyrie Irving. “Before I start tonight, I just wanted to read a brief statement that I prepared,” he began. “I denounce anti-Semitism in all its forms, and I stand with my friends in the Jewish community,” said Chappelle.

He then went on to make a number of jokes about the Jewish community, implying he secretly agrees with West and Irving on many points, saying: “If they’re Black, it’s a gang. If they’re Italian, it’s a mob. But if they’re Jewish, it’s a coincidence and you should never speak about it.”

He added: “I can see if you had some type of issue, you might go out to Hollywood and start connecting some kind of lines, and you could maybe adopt the delusion that Jews run show business. It’s not a crazy thing to think. But it’s a crazy thing to say out loud in a climate like this.”

“I’ve been to Hollywood…it’s a lot of Jews. Like, a lot,” he said. “But that doesn’t mean anything. There are a lot of Black people in Ferguson, Missouri. Doesn’t mean they run the place.”

Soon after the show aired, writer Adam Feldman was among the first to criticize the performance on Twitter, suggesting that Chappelle’s comments “probably did more to normalize anti-Semitism than anything Kanye said.”

In response, fellow writer Mark Harris echoed the disapproval, saying, “It’s not brave or edgy to play games with the idea of anti-Semitism, and “We all know it’s kinda true, but we just can’t say it” is a glib, ugly approach to the subject that many anti-Semites who see themselves as embattled truth-tellers will love.”

Any sign of anti-Semitism should trigger alarm bells. Outbreaks of hatred against Jews have occurred multiple times in history. The Bible predicts that there will be a final global hatred of Jews that will force them to turn to Jesus as their Savior. As we enter into the last of the last days, make sure your love for God’s people remains strong.

“Then shall they deliver you up to be afflicted, and shall kill you: and ye shall be hated of all nations for my name’s sake. And then shall many be offended, and shall betray one another, and shall hate one another” – (Matt.24:9-10).

“And so all Israel shall be saved: as it is written, There shall come out of Sion the Deliverer, and shall turn away ungodliness from Jacob: For this is my covenant unto them, when I shall take away their sins” – (Romans 11:26-27).