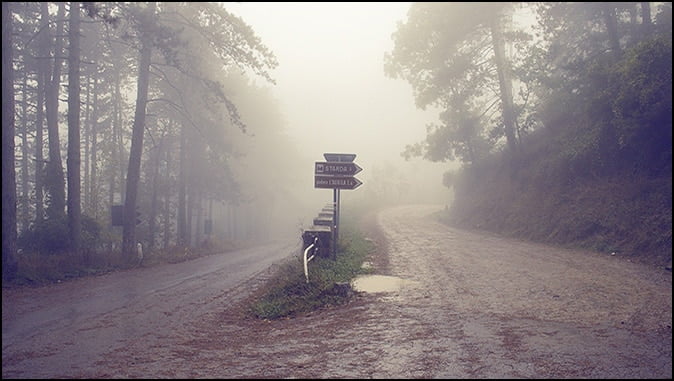 Andy Woods, one of Steeling the Mind Conferences’ most popular speakers, once said there’s not one problem he has that won’t be solved by the Rapture. And that’s true for all of us. That day will put an end to all this nutty stuff going on in the world.

I thought the Green Deal was crazy, saying we should get rid of airplanes, fossil fuels, etc. I thought surely it was a joke! But it wasn’t.

The proposal didn’t get far, but the push for the Green Deal was real…even if it was really stupid. The underlying purpose was not to have clean energy, but to get more control over people.

Then came the swift shutdown of the world because a couple of unelected people said we should. They said if we didn’t stay home, the hospitals would be overwhelmed and millions would die. And to wear masks to show our obedience. Most complied.

Oddly, churches were shut down and liquor stores were allowed to remain open. You could be arrested simply by walking your dog in a park, but felons were released from prison.

Just like “If you like your doctor, you can keep your doctor,” most of the fearmongering was based on lies. But they kept people quiet by promising them large sums of money.

Of course, the shutdown was not really about our health, it was more about getting control—and maybe a dry run for getting everyone to take a vaccine that has a mark that can be read by smart phones…a mark necessary to go outside, travel, shop, bank, etc.

And now the liberal left has completely gone bonkers wanting to get rid of local police in order to stop arresting criminals! These people honestly think having no police will help end crime! How can they say that with a straight face? Do you really think these riots were spontaneous?

But the real truth is that getting rid of police is yet another ruse to get more control. I suspect their true goal is to PUT IN THEIR POLICE and guess who they’ll be arresting—anyone who isn’t politically correct. That’s big-time control!

Come quickly, Lord Jesus! We, like Andy Woods, will have all our problems solved when you remove your Bride.

But what happens if Rapture doesn’t happen soon? What happens if God’s mysterious day is still years or even decades away? What if no one stands up and says “Enough is enough!”?

Who will end up running this country? The conservative Bible believers are on a collision course with the radical liberals. The conservatives play by the rules—the liberals lie, cheat and steal, so they have the edge at the moment.

The Bible predicts the world will eventually be run by one person who has control over everyone. Global Elites, whether knowingly or unknowingly, are being led by dark forces and are fulfilling these prophecies. They’re doing everything possible to get control back into their hands—and no cost is too great.

They know if President Trump isn’t taken down soon, years of organizational plotting for world takeover will go down the tubes. Not to mention some even risk going to prison for their illegal acts. So the stakes are quite high.

When you look at all that’s going on in the world, keep in mind that the Bible doesn’t predict the world will get worse and worse and then the Lord comes.

Rather, the Bible says that even though it will be a time of horrible sin, the world will still be constructing houses, planting and harvesting and partying.

Luke 17 adds that in the days of Noah they were building, buying and selling. So those non-Christians alive at the time of the Rapture will not have the slightest expectation of the Lord returning. Then, in an ear-shattering instant, Believers will disappear.

Well, things are definitely not all that great right now—this is not a time of plenty, prosperity and partying. So I suspect the Rapture is not happening anytime soon.

I certainly could be wrong—it might happen today, tomorrow, next week, next month, or this fall. But based on my understanding of the Bible, I think it could be a while.

So where do we go from here?

America at a Spiritual Crossroad

It’s not a stretch to say that America is at a spiritual crossroad at this moment in time. We’re teetering on the edge of a cliff and could easily fall into a bottomless pit.

Only God knows which direction we’ll go. But by this December we’ll be heading in one of two directions with no alternative middle ground.

The First Possible Direction is Satan (via his followers) continues to pummel President Trump into defeat this November. After these media-flamed riots, there will be more fake problems unleashed in Satan’s unquenchable quest to rule the earth.

The brave President who took on the Global Elites will be defeated, legally or illegally, and our cherished freedoms will quickly vanish. America as we know it will be history, a new American government will be folded into the frame of a world government.

In Canada, there are parts of the Bible you can’t read or teach in churches. That will be mild compared to what the liberals want in America. And as you saw with the coronavirus, they didn’t even need to take our guns to get their way.

The Second Possible Direction is that President Trump turns the tables on the Globalists. God will allow him to successfully fend off the Satanic attacks against him while exposing their lies for the world to see. The “pandemic” becomes a non-issue as more of the lies and untruths are revealed.

President Trump gets reelected, taking the House and Senate. He appoints two more conservative Supreme Court Justices while leading the United States again into recovery and prosperity. Maybe even another election cycle after that could go conservative…sort of a Nineveh reprieve.

You Can Affect The Direction of this Country!

God has yet to reveal which way the future will play out. If he wants President Trump to remain in office, he will remain. God is in control, not the Globalists, despite what they think.

Since the Lord gives Believers the right to pray and appeal to Him as our Father, we should pray for the second option, that the Lord will continue to protect our President and allow him to continue to drain the Satanic swamp.

“This is the confidence which we have before Him, that, if we ask anything according to His will, He hears us.” – 1 John 5:14

We should also pray that, regardless of which way this goes, He uses us to reach people with the Good News that Jesus’ blood made atonement for our sin. That regardless of past sins, they too can have eternal life in heaven.

“…preach to the Gentiles the unfathomable riches of Christ,” – Eph. 3:8b

The future direction is up to the Lord, but He hears our prayers. I think President Trump has been put here for a Godly purpose. I think God put him in office to expose the liars. Any other politician would have wilted under the pressure, but President Trump is not a politician—he was designed to meet the demands of this job, at this time.

“Do not participate in the unfruitful deeds of darkness, but instead even expose them;” – Eph. 5:11

I’m confidently praying that the Lord will protect President Trump and that he’ll continue to make decisions based on Biblical principles, and continue to expose the corruption.

If you believe God answers prayers, join me and fire up at least one prayer a day to save this nation from sliding over the cliff!

And the best way to get something done is to start!

The Seventh Kingdom By Pete Garcia Then the devil, taking Him up on a high…

The Four Purposes for the Tribulation

Thank You, Mr. President, for Recognizing Jerusalem as Israel’s Capital (Part 1 of 4)

Thank You, Mr. President, for Recognizing Jerusalem as Israel’s Capital (Part 1 of 4) By…

Time for Prayer, Faith and Trust

Time for Prayer, Faith and Trust By Daymond Duck Some of my thoughts on the…

Liberty or Safety? By Dr. David Reagan A friend of mine recently sent me a…