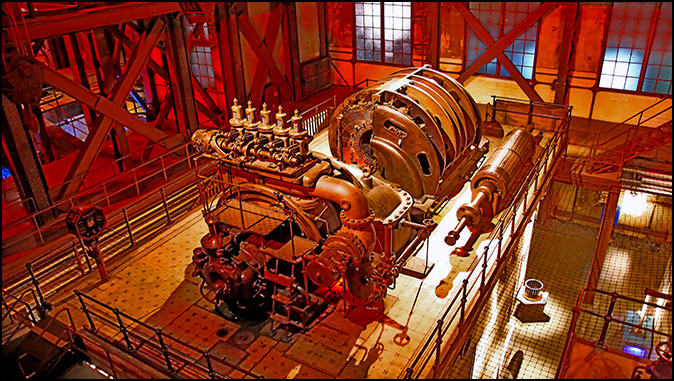 If you want to know about the spiritual and economic state of a nation, just look at the soundness of its electrical grid. In many nations, power outages are a regular occurrence. Billions of people have to plan their daily activities by when the power is on.

The nation Zimbabwe has found itself in dire straits in its ability to produce electricity. The South African nation is well known for printing vast amounts of its currency that produced a 100 trillion-dollar note. With all the money printing, one would expect the country could afford additional power generation plants or at least import energy while conducting maintenance work at its largest power stations.

But that’s not the case whatsoever. Zimbabwe Electricity Transmission and Distribution Co. (ZETDC) has cut power to customers for 12 hours per day. ZETDC told Bloomberg that it “is experiencing a power shortfall due to generation” and “limited imports.”

The power company conducted load shedding to “balance the power supply available and the connected load.” This involves widespread cuts to industrial and agricultural areas. Hospitals, water, sewer installations, and oxygen-producing plants are going to be spared during the blackouts.

The nation of Spain doesn’t have a problem with producing power, but it is in crisis mode over the cost of electricity. Spain’s Socialist-led government announced temporary tax cuts on power prices in an attempt to drive down household electricity costs, which have surged this summer and triggered outrage among the working poor.

Pedro Sánchez, Spain’s prime minister, addressed the nation to minimize political damage from the hyper-inflationary rise in power prices. He said taxes on electricity would be significantly reduced, and energy companies would be taxed on their “extraordinary profits” and “redirected to consumers.”

When I was a kid, I thought the reliability of electricity was as certain as the strength and the US dollar. America must have lost its way because our nation’s power producers are rapidly losing their ability to maintain a constant flow of electricity.

During the past year, we have had three problematic events in the power supply industry. California has had to start rationing electricity based on if the wind was blowing. Because the state’s largest power producer, PG&E, has been driven to the point of bankruptcy by the liability cost of power lines that trigger wildfires, all utilities in California now cut power when the weather is deemed as too risky.

It is a given reality that power is going to fail if an area is hit by a major hurricane. This is what has just taken place in Louisiana. At one point, the state had 1.2 million people without power. The problem is that the state’s electrical grid didn’t get knocked down; it got decimated. The City of New Orleans had eight sources of electricity, and all eight were taken out by the storm.

The biggest crisis in power production and supply occurred in Texas this February. The State’s grid came very close to suffering a complete meltdown. I warned a few years ago about the danger of relying on natural gas, and Texas showed how much more dangerous it is to heavily rely on gas for power. I had no idea that it could freeze up in cold weather.

We may see a fourth crisis this coming winter. Right now, the supply of natural gas is nowhere close to where it needs to be. In the past year, it has doubled in price. If we have a cold winter, electric bills are going to go sky-high.

The key problem with natural gas is that we have limited ability to store it. We have plenty of it, but we don’t have the infrastructure to move it from one location to another. From space at night, western North Dakota looks as bright as New York City because of all the natural gas being burnt off in the drilling for oil.

Because so many states have replaced their coal-burning plants with natural gas, we could have an event where a cold snap could cause an area to simply run out of power. Coal is considered dirty on many levels, but when I lived in Nebraska, I knew how reliant it was. When I drove past the massive coal plant on the Missouri River, I could tell the small mountain of coal at the plant could last for several months.

It was once true that every time we had a major crisis, it would lead to reform. If we had a major power failure, our leaders would take the right steps to fix things. When a nation becomes so corrupt in its ways, calamity only brings on more corruption. I fear America is well on its way to becoming another Zimbabwe.