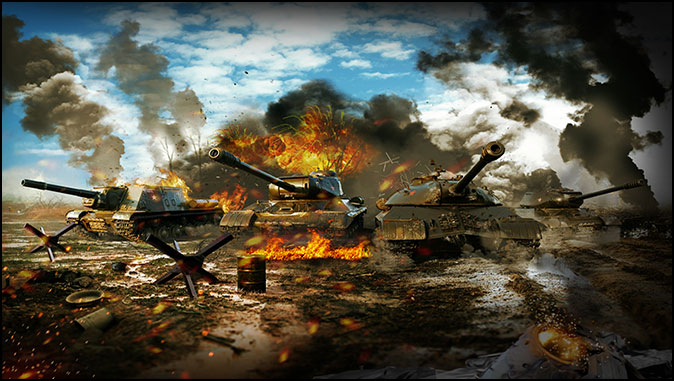 Nathan Jones: Every time Israel gets into another battle, say in Gaza or Lebanon, people immediately begin wondering: “Are we now seeing the Gog-Magog War?” Or, “Is this Armageddon?” And, “Where does the Rapture fit it?” Let’s run down the list of the nine wars of the end times to discern just where we are today on the prophetic timeline.

Nathan Jones: The ongoing fighting we have been watching between Israel and Hamas in Gaza and Hezbollah in Lebanon, and surely some of the other countries neighboring Israel, means that we are getting closer to what is called the Psalm 83 War. This Psalm reads as an imprecatory prayer given by the seer Asaph about the future when Israel will eventually have to subdue their hostile neighbors who surround them — Lebanon, Syria, Jordan, Gaza, Egypt, and possibly Saudi Arabia. Once Israel defeats these bordering nations, the nation of Israel will naturally grow a good amount in landmass.

Israel subduing and then occupying these nations hasn’t happened in history. Certainly, there have been a series of wars since Israel was founded in 1948 where the Psalm 83 could have fit in, but Israel has never yet subdued their neighbors, and so we are looking at the Psalm 83 War as being a near-future event.

Tim Moore: I would add that 2021’s latest round of violence between Gaza and Israel acts as a type of premonition of what is going to happen in that war. Several of Israel’s immediate neighbors are run by terrorist organizations such as Hamas and Hezbollah. Their people foment an intense hatred of the Jews even among their own children. The “Arab Street” will rise up with its satanically inspired hatred and attack Israel, and it will fail.

Tim Moore: Following the Psalm 83 War, we come to the second prophetic war — the War of Gog and Magog. This war specifically encompasses an outer ring of Islamic nations beyond Israel’s borders. It is prophesied to be led by Russia and will join with Turkey and Iran to the north and other nations across northern Africa. They will band together in an attempt to attack Israel. Their desire will be to increase plunder and to take advantage of an opportunity to attack, possibly due to the chaos caused by the Rapture of the Church. Plunder in today’s currency could involve Israel’s natural resources, whether oil or some of the other minerals that Israel possesses.

Ezekiel 38-39 prophesies that the Lord Himself will supernaturally defeat the Gog-Magog coalition on the mountains of Israel. Afterward, Israel will collect the weapons of war and use them as a source of fuel for a number of years. This second end times war we anticipate as coming up at some point in the not too distant future.

Nathan Jones: The Rapture could happen before or after the Psalm 83 War. The Rapture is an imminent event, so in other words, nothing needs to happen beforehand for it to occur. But, the Gog and Magog War, as described in Ezekiel 38-39, really is dramatic because God Himself steps in and destroys the Islamic nations. He destroys Russia. And so, it’s a real game-changer socio-politically.

Tim Moore: Yes, that is the timing that we expect. But, we currently are looking through a glass dimly, in other words, this is an outline of the wars in the order that we know that they are going to happen, but the exact timing nobody can know for sure. We are looking for Jesus Christ to return and as the events play out the various timings will be clarified.

I agree that the Gog and Magog War is likely to happen after the Rapture, as many of the Christian nations will have become decimated by Christians leaving with the Church. Russia then seizes the opportunity to take advantage and attacks Israel. Even now, Russia and Turkey are joined together on Israel’s northern border in Syria. They’ve been looking for an opportunity to strike Israel, and that will likely come after the Rapture.

3) The Conventional War of the Tribulation — Revelation 6

Nathan Jones: We’ve now moved along the prophetic timeline into the Tribulation. We read in Revelation 6 about the Conventional War of the Tribulation. This war leads the Antichrist to rise to power in peace, but he consolidates his global empire by setting off to conquer the world.

Tim Moore: The Conventional War is a traditional war which causes famine and plague and everything else as a result. Many people will die as the Antichrist consolidates His power.

Tim Moore: The Conventional War will lead to the fourth war of the end times that will be nuclear in nature. The Bible describes the fallout of a nuclear war with the world’s inhabitants getting loathsome sores and the devastating fallout impacting across the entire world. A nuclear exchange would create those kinds of repercussions for the people still eeking out a life on the earth during the Tribulation.

Nathan Jones: We read in Revelation about a great war in the heavens. One of the nine end time wars doesn’t happen on the earth but rather up in Heaven. Revelation 12 reveals that Satan tries one last time to overthrow God on His throne. Satan loses big time and ends up being kicked out forever from his access to the throne room of God. Resigned to earth, Satan and his demons know that their time is short and so they really ratchet up their plans. Satan knows Bible prophecy, so he knows he only has 3.5 years left of the Tribulation before Jesus returns. We call this fifth end times war the War in the Heavens.

Tim Moore: People think that Satan already can no longer access Heaven, but Scripture describes in the book of Job that Satan presents himself before God in the heavenly host, and he still comes to accuse His children before God. We can’t understand how that works, but we know that when that War in the Heavens occurs, Satan will finally and forever be cast out of the Third Heaven.

6) The War Against the Jews and the Saints — Revelation 12

Tim Moore: Having lost his last bid to take God’s throne, Satan will be filled with such fury that he will turn all of his burning hatred in an even more aggressive manner toward the Jewish people and toward those who have put their faith in Jesus Christ during the Tribulation, whom we call the Tribulation Saints. That will lead to a final war against the Jews and the Tribulation Saints as described in Revelation 12, which is the sixth war in this series.

7) The Middle East Campaign of the Antichrist — Daniel 11

Nathan Jones: Due to his mania and the world being destroyed by God’s wrath, the Antichrist’s empire starts falling apart. Daniel 11 reveals the Middle East Campaign of the Antichrist. We learn from prophecy that in the Antichrist’s time the world will have been divided among ten sub-rulers or kings. The King of the South rebels against the Antichrist. Then, the Kings of the East start amassing a massive army to also rebel against the one-world ruler, so he’s having to deal with a civil war. His empire is engrossed by an internal battle.

Tim Moore: During that pitched battle between the Antichrist and the rebelling kings is when Jesus Christ, at last, comes to defeat the Antichrist and set up His Millennial Kingdom. It’s known as the Battle of Armageddon. As all of these armies are arrayed in the Valley of Megiddo, Jesus Christ gloriously arrives! Jesus will set foot on the Mount of Olives. He will merely speak a word and the soldiers in these armies just fall apart. People have been under a false impression that Armageddon is going to be a horrific war with a great clash of armies, but really it is going to be the shortest war in all of history. Jesus Christ merely utters a word and all of those armies rot right where they are standing. The blood will fill the valley up to the level of a horse’s bridle.

The events of Armageddon can be found in Joel 3, Zechariah 14, and Revelation 19. These cataclysmic events will usher in the millennial reign of Jesus Christ.

Nathan Jones: After Christ’s victory, Jesus will usher in a thousand-year reign defined by peace, righteousness, and justice. Jesus rules His kingdom from Jerusalem. Then He does something quite confounding. At the end of those thousand years, God releases Satan. The purpose seems to be to give the people born during the Millennial Kingdom the chance to choose Jesus or align with Satan. Tragically, many will side with Satan. And, when they do, they gather behind Satan to wage what’s called the Second Battle of Gog and Magog, which is described in Revelation 20. Jesus wastes no time in responding. He calls fire down and incinerates the rebels.

Now at the end of the Millennial era in human history, God commences the Great White Throne Judgment. Once completed, the timeline moves into the Eternal State.

And there we have the nine wars of the end times.

Tim Moore: That last battle demonstrates how in every era mankind has a choice to make. You would think the people living under the reign of Jesus Christ defined by world peace, justice, and holiness flooding the earth, would obviously choose to continue worshiping and honoring Christ. But, deep in their hearts, the seed of rebellion and sin when given half a chance once Satan is released will cause many to turn their backs on Jesus Christ and to rebel against Him.

Right now on our point on the prophetic timeline, each of us has an opportunity to choose this day whether to honor and worship Christ or whether to rebel against Him. Don’t wait to make that choice! We may have a fascination with the wars of the end times, but the war that rages in our own hearts against sin is the one that we each must conquer. We don’t have the ability to win it on our own. Jesus Christ has already won the victory in that particular war, and so all we have to do is put our faith in Him, and then we, too, can be victorious.

Nathan Jones: If you want to discern when these prophetic wars will play out, keep your eyes on Israel, for it is God’s prophetic time clock. That means the Rapture of the Church is coming soon. So ask yourself, “To whom does my heart belong? Have I given it to Jesus Christ?” If you do so, please let us know. God bless!