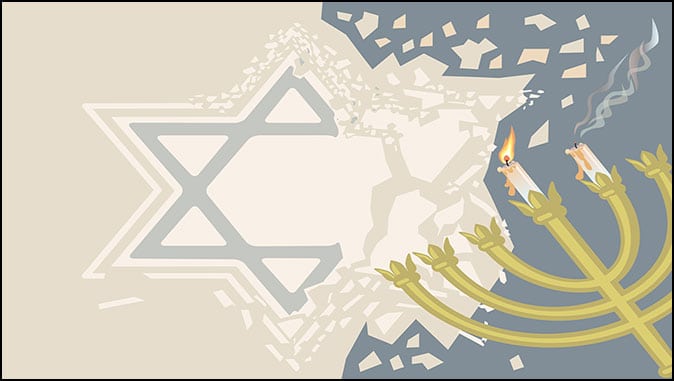 A Lament For The Nation
By Steve Schmutzer

It’s very unfortunate what has happened to this place.

It’s become a situation where what’s right is wrong and what’s good is bad. Nothing that’s happening in it right now is born of any common sense.

A big part of the problem is many thousands of people who have no true claim to this place act as though they do. And the porous borders and motivated globalists aren’t helping any. Furthermore, plenty of people are doing all they can to make sure others’ legitimate rights get taken away.

Conflict roils within the borders of this place. Despite much clear evidence to the contrary, violent crowds of emotionally charged and intellectually challenged youth scream their myopic delusions of racism and oppression. Their angst is framed against a backdrop of burning tires, shattered windows, ruined businesses, bloodied bystanders, and weary law enforcement.

Proven and stable leadership has been driven from this place. It’s been replaced by chaos, incompetence, foolishness, and a brazen loathing for those who had done the most to provide for security and common good.

This unjustified hatred has even united those who were once staunch political adversaries. What has bonded them is their own absence of virtue and reason. Since their passions don’t represent the majority, they’ve had to engage in shady backroom deals to achieve their underhanded goals.

The architects of this revolution are doing all they can to cement their power. It’s not enough for them that the good leadership is gone. Now they want to enact laws to make sure that same leadership never returns – in any form.

This place was once a rare gem of the virtues of democracy. No more.

The potency and power of this place is now eroded – – significantly. That’s really no surprise. Underneath all the nefarious goings-on, there has been a dark agenda to tear down the strength and virtue of this place. It’s so obvious.

Even the police here are protecting the criminals while they prevent law-abiding citizens from exercising their freedom of speech. That’s one of many sure formulas for self-destruction.

As I said, what was once up is now down. Evil is now good. It’s all upside down and inside out. The foes of this place are salivating. They sense an opportunity. They smell weakness. They wouldn’t have dared to try anything perverse with the former leadership.

But now? Oh – – now is a WHOLE different story. Count on it. The myriad enemies of this place have been given an inch, and now they’ll take a mile. Rumors of wars and conflicts are already skyrocketing.

As my grandfather used to say, “It’s a sad kettle of fish.” It’s so much worse than that, though. It’s a five-alarm tragedy.

Do you know this place, this great nation, this once-proud beacon of democracy? I’ll give you one guess.

For anyone that cares enough to study the facts, for anyone who does the work to get past the revisionists and to dig for the truth – they will discover the situation for what it REALLY is.

Oh, I know. It’s not politically correct to paint Israel in any proper perspective. It’s not going with the crowd to support the Jewish state or to state any shred of truth about her history. But that doesn’t change the facts about what has happened to this place and what continues to happen there.

No rhetoric behind any microphone, any podium, any lectern, any megaphone, or any pulpit changes the truth that Israel has full rights to her ancient homeland and to her capital city of Jerusalem. No line of reasoning can invalidate Israel’s right to defend herself against her many enemies that covet her complete annihilation.

The bottom line is no claims by any movement, no resolution by any body, and no bills by any politician can detract from the lawlessness that feeds ALL anti-Jewish sentiments.

For those who claim to be followers of Jesus Christ, the entire situation is one which legitimately calls the integrity of their faith into question. The history of Israel is laid out very clearly in the Scriptures, and prophecies concerning her recent past and proximal future are abundantly clear. One has to check their brains – and their hearts – at the door to miss these things, or to be unwilling to accept them.

What is happening in Israel right now remains within God’s plan. That’s reassuring. He will always be in sovereign control of all affairs, including who comes to power and where and why (Daniel 2:21). It’s why He is God and none of us are.

That doesn’t change our responsibility at the human level to make the right choices.

So, what are yours?