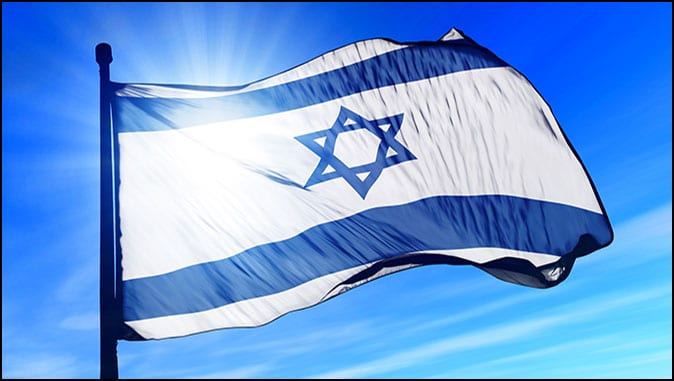 13 Reasons Why We Live in the Last Hour of Human History – Part 1
By Jonathan C. Brentner

The Rebirth of Israel

Most Christians do not believe that we live in the last moments of human history before the events of the tribulation sweep over the earth.

The reasons for this vary.

Many belong to churches that have long since rejected beliefs in the pretribulation rapture, a seven-year tribulation, and the millennial reign of Jesus. Others remain unaware of how so many signs point to the nearness of Jesus’ appearing either because their pastors do not teach biblical prophecy or when they do, they dismiss it as something irrelevant to the lives of those listening.

Some reason that there have been horrendous times in the past and the Lord did not return then. What makes today any different? Life returned to normal after the horrors and catastrophic events of WW II. What can’t that happen today?

We all feel the strong pull of normalcy, do we not? Does this not cause many to resist the thought that a prolonged period of God’s wrath is right at our door? Though it seems less and less likely with each passing day, I think we all wish for the freedoms we enjoyed before the COVID-19 lockdowns began.

What makes it so unlikely that life will return to normal? For that matter, what makes today so different from the tumultuous times in the past when the Lord did not return? These are great questions that I will endeavor to answer in this series.

First of all, the rebirth of Israel as a nation opens the door to further end-of-days biblical prophecies that depend on her existence for their fulfillment.

1. The Miracle of Israel’s Existence

Isaac Newton (1642-1726), based on his extensive study of the books of Daniel and Revelation, believed that Israel must exist as a nation before the Jesus returns to earth and predicted it would happen at a future time. He was correct; the fulfillment of many of the end time prophesies in the Bible necessitates a rebirth of Israel as a nation. Premillennialists during the first half of the twentieth century predicted this as well, and then it happened!

The prophet Isaiah asked long ago, “Shall a land be born in one day? Shall a nation be brought forth in one moment?” (Isa. 66:8). The answer is an astounding “Yes!” On May 14, 1948, God fulfilled this impossible-sounding prophecy: Israel became a nation in a day. One cannot overstate it’s significance nor dismiss this amazing miracle as a mere coincidence. Israel’s supernatural rebirth as a nation not only fulfilled prophecy, but also sets the stage for the fulfillment of many other end time prophecies.

For example, Scripture tells us that when Jesus returns to the earth at His Second Coming, it’s at a time of widespread repentance among the Jewish people (see Ezek. 36:24; Zech. 12:10; Rev. 1:7). Notice that Ezekiel ties together the regathering of the Israelites to their land with the time He pours out His Spirit on them, “I will take you from the nations and gather you from all the countries and bring you into your own land. I will sprinkle clean water on you, and you shall be clean from all your uncleannesses, and from all your idols I will cleanse you” (36:24-25).

The regathering of the Jewish people back to the Land, as we see today, precedes their revival of faith that happens at Jesus’ return, which will result in the complete fulfillment of Ezekiel 36:24-25 and Zechariah 12:10. This, however, is just the start of what makes our day unique prophetically and markedly different from any other time since the birth of the church.

The biblical sequence of events leading up to the Second Coming necessitates that the third temple exist in Jerusalem by the midpoint of the seven-year tribulation. It’s at the halfway point of the tribulation that the antichrist desecrates the Jewish temple and begins his deadly rampage against the Jewish people (Dan. 9:27; Matt. 24:15-20; 2 Thess. 2:3-8).

So not only must Israel exist during the seven-year tribulation, but according to Scripture, the nation must complete construction on the third temple by its midpoint.

Israel is already far, far down the road in its preparations to build another temple. The Temple Institute in Israel has completed many necessary preparations for the rebuilding of this temple. They have reconstructed all the temple furnishings except for the Ark of the Covenant and have the architectural drawings ready for its construction, which even include a video simulation of the third temple.

The Temple Institute has also prepared the priestly garments according to the specifications of Scripture and are now training Levites to serve as priests in the temple. And the Israeli government has also begun planning the infrastructure necessary to deal with the large crowds that the new temple will attract.

A surprising article in regard to the temple appeared on the Israel Today website entitled Saudis Say Temple Mount and Al Aqsa Not Important to Islam. Here is a quote from the article emphasizing the growing acceptance in the Muslim world to the rebuilding of the Jewish temple:

An English-language tweet from Morocco really got people heated by not only emphasizing that the Temple Mount is of no particular importance to Muslims, but also by expressing hope that the Third Jewish Temple will soon be built there.

So not only does Israel exist as a nation, but the construction of the prophesied third Jewish temple is already in the advanced stages of planning. The fervor in Israel for its construction along with the growing acceptance of a Jewish temple in the Arab world signify the nearness of the fulfillment of this prophecy.

The normalization of relations with Israel on the part of many Arab nations under the Abrahamic Accords also signifies that we live in the last days. This points to the fulfillment of at least a couple end time biblical prophecies.

The first is Daniel 9:27, “And he shall make a strong covenant with many for one week, and for half of the week he shall put an end to sacrifice and offering. And on the wing of abominations shall come one who makes desolate, until the decreed end is poured out on the desolator.”

Daniel, in referring to the future covenant that the antichrist will make with Israel, implies that “many” entities or nations will be involved in this agreement. I believe the antichrist will copy the pattern of involving many nations in the Israel peace process that President Trump exhibited in the Deal of the Century from which came the Abrahamic Accord treaties.

As many prophecy speakers today point out, the sense of Daniel 9:27 is that this “man of lawlessness” will take an existing peace plan and make it much better and stronger. Could the pattern he uses already exist? I think it does; the antichrist will include the “many” in his future covenant with Israel.

Second, in writing about the future invasion of Israel by the Magog-Gog alliance, the prophet Ezekiel wrote this about the nations who will protest rather than join them, “Sheba and Dedan and the merchants of Tarshish and all its leaders will say to you, ‘Have you come to seize spoil? Have you assembled your hosts to carry off plunder, to carry away silver and gold, to take away livestock and goods, to seize great spoil?’” (Ezekiel 38:13).

The phrase “Sheba and Dedan” refers to the ancient territory and people groups that make up Saudi Arabia and the gulf states, some of whom have already formed an alliance with Israel with others likely do so in the near future. Twenty-six hundred years ago, Ezekiel predicted that these nations would align with Israel in the end times and that is precisely what we today.

Ten years ago, no one could have imagined that these gulf nations would sign peace accords with Israel.

In 1 Thessalonians 5:2-3, Paul wrote this about the start of the prophetic day of the Lord, “For you yourselves are fully aware that the day of the Lord will come like a thief in the night. While people are saying, ‘There is peace and security,’ then sudden destruction will come upon them as labor pains come upon a pregnant woman, and they will not escape.”

If there is one phase that characterizes the content of the Deal of the Century and the Abrahamic Accords, it’s “peace and security.” We repeatedly heard it at the announcements of these covenants as speaker after speaker emphasized the aspects of “peace” and “security” that would result from these covenants.

This pursuit of peace treaty between Israel and the Palestinians has been the objective of U.S. presidents for at least fifty years. Now, for the reasons stated in the previous section, a framework exists for the antichrist to improve upon in his covenant with Israel and establish a false Middle East peace, which will someday start the clock ticking for the seven-year tribulation.

Yes, the unattainable desire for “peace and security” has existed for a long time, but now we see it used multiple times in regard to peace accords involving Israel. This is much more than a coincidence; it tells us that the “day of the Lord” is ever so close.

“His crown (stephanos) is a winner’s crown. He is no real king and has no real monarch’s crown (diadema), but has won a crown from the world for his triumphant achievements leading to world peace. He will not conquer by military force, but by cunning and deceit (cf. 2 Thess. 2:9-11).”

This fits with the Daniel 8:25 description of the antichrist, “By his cunning he shall make deceit prosper under his hand, and in his own mind he shall become great. Without warning he shall destroy many…” The idea of “without warning” in the original suggests that he will use peace to conquer and eventually “destroy” his targets.

Israel’s rebirth as a nation opens the door wide for the fulfillment of many other biblical prophecies such as the rebuilding of the temple and the series of attempted peace covenants that will ultimately lead to the one that the antichrist makes with Israel and other nations.

After the rapture, the antichrist will appear and conquer nations by the means of peace. The world is more than ready for just such a leader.

Israel’s existence is just the start of the many sings that make today much different than any other day. In part 2, we will look at the abundance of prophetic signs converging on our world as the evidence mounts for the conclusion that we indeed live in the last days of human history before the start of the seven-year tribulation.