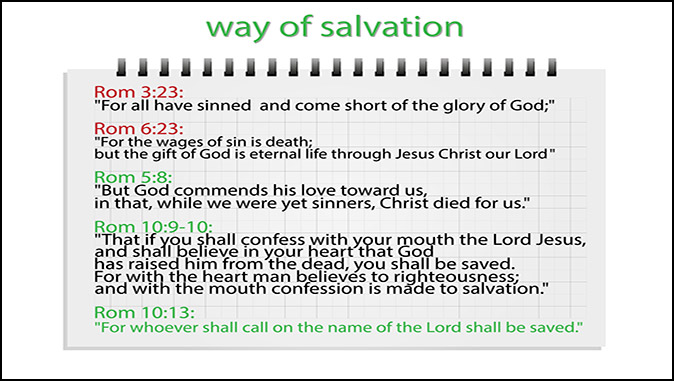 You Don’t Know What I’ve Done
By Dennis Huebshman

There are some people who believe they have sinned in such a way that they could never be forgiven. Sadly, they are judging themselves far more harshly than our Heavenly Father would. At the present time, the one unforgiveable sin is to take your last breath on this earth without having Jesus as your Savior. When Jesus died on that cross, it was a sacrifice to cover all the sins of this earth from the beginning to the very end, and it’s a gift that’s absolutely free. (ESV – all emphasis mine)

There will be one more unforgiveable sin that will take place during the 7-year tribulation, and that is found in Revelation 14:9-11; “And another angel, a third, followed them saying with a loud voice, ‘If anyone worships the beast and its image, and receives a mark on his forehead or on his hand, (10) he will also drink of the wine of God’s wrath, poured full strength into the cup of His anger; and he will be tormented with fire and sulfur in the presence of the Holy Angels, and in the presence of the Lamb. (11) And the smoke of their torment goes up forever and ever, and they have no rest day or night, these worshipers of the beast and its image, and whoever receives the mark of its name’.”

Someone may ask what the catch is because nothing is free. By earth standards, this would seem to be the case, and, yes, there are stipulations to receiving eternal Salvation. However, not what you would normally expect. Looking first at Romans 10:9-13, we are given the steps that must be taken.

First, verse 9; “because if you confess with your mouth that Jesus is Lord, and believe in your heart that God raised Him from the dead, you will be saved.” Verse 10; “For with the heart one believes and is justified, and with the mouth one confesses and is saved.”

One point to note here, I have mentioned this in the past, but it bears repeating; God will not turn away anyone who happens to be a mute, and is unable to speak from the mouth. Both verses state that if one believes with their heart, they will be justified. When a mute person “speaks” to the Father with their mind, He hears them loud and clear.

Verse 11; “For the Scripture says that everyone who believes in Him will not be put to shame.” Verse 12 tells us who is included in this amazing offer; “For there is no distinction between Jew and Greek; for the same Lord is Lord of all; bestowing His riches on all who call on Him.”

Then, verse 13 ties it all together with a solid promise from our Heavenly Father; “For everyone who calls on the name of the Lord will be saved.” Titus 1:2 states that God cannot lie, and being the Creator of our universe and also all of us, why would He lie? After all, He could exercise total control over us and force us to be His slaves. Instead, He loves us so much that He sent a valuable part of Himself to this earth so that we could be eligible for an eternal Home with Him. (John 3:16-18)

For the cult people, the false prophets and the antichrists that say their members need to do “works” and whatever to please their man-made gods, we have Ephesians 2:8-9 to guide us. “For by grace you have been saved through faith. And this is not your own doing, it is the gift of God, (9) not a result of works so that no one may boast.”

Through the Grace given by our Savior at Calvary we have the offer of eternal life with Him in Heaven. Because of the Mercy of the Father, if we have His Son as our Savior, all our sins are forgiven, and as given in His word, they are as far as east is from the west. We could never do enough works, or offer enough sacrifices to grant us even a minute in paradise.

God allowed “temporary” sacrifices as sin offerings before Jesus gave His life on that cross, but from that time on, the blood of bulls, goats or whatever could never be acceptable again. (Hebrews 10:4)

So then, our “musts” are; Admit or confess our sins, because everyone has been a sinner, and is a sinner per Romans 3:23 and Romans 6:23. Believe and have faith that Jesus is truly the Son of God, and therefore is God (John 10:30), and that His death on the cross was a gift that would cover the sins of all who believe in Him. Finally, Call on the name of the Lord, and you will be saved. These steps have been referred to as the “ABC’s” of Salvation, and nothing is to be added to or taken away from them. Our simple but absolutely critical part is to receive and accept the free gift that is offered.

If it remains “unopened”, then the “gift” has not been accepted, and is therefore rejected. All who reject the Son of God will be rejected by the Father, and will have a reservation in that long line at the Great White Throne Judgment of Revelation 20:11-15 to receive their sentence in the lake of fire forever.

For all who are “I’ll get round-to-it” people; time is getting critical to not have Jesus as their Savior. All prophecies that had to be fulfilled prior to the Rapture have been done. One just has to look at the changes that have taken place over the past decade to see there has been a major spiritual decline.

Peter provides us with how we should be reacting at this time. From 1 Peter 4:7-11; “The end of all things is at hand; therefore, be self-controlled and sober-minded for the sake of your prayers. (8) Above all, keep loving one another earnestly, since love covers a multitude of sins. (9) Show hospitality to one another without grumbling. (10) As each has received a gift, use it to serve one another as good stewards of God’ varied grace; (11) whoever speaks oracles of God; whoever serves, as one who serves by the strength that God supplies; in order that in everything God may be glorified through Jesus Christ. To Him belong glory and dominion forever and ever. Amen.”

Finally, 2 Peter 1:20-21 is our inspiration that what we have from the actual translations of God’s word is true and accurate. “Knowing this first of all, that no prophecy of Scripture comes from someone’s own interpretation. (21) For no prophecy was ever produced by the will of man, but men spoke from God as they were carried along by the Holy Spirit.”

There have been false prophets, false gods and satan-inspired groups that have gone against God’s true word from the Garden of Eden all the way up to now. This will continue until we have reached the end of the Millennial Reign of Jesus on earth, and then they will all be gone. Jesus knew from the beginning there would be more people of the world, than on the true straight and narrow pathway to Him. (Matthew 7:13-14)

We’re getting ever so close to the Trumpet of God sounding, and the shout from the archangel. That will be the Rapture, and the world will go through evil as never experienced before, and it will last for a 7-year period of time. Make your reservation to be a part of the Rapture, so that you will be with Jesus during that time of wrath. God promised that all believers will not enter the tribulation period. (1 Thessalonians 1:10; 1 Thessalonians 5:9-10 and Revelation 3:10)

This eternal decision is the absolute best one you could ever make; and one you will never regret. For the “Round-2-its”, by waiting, you just might make the biggest mistake of your lifetime. After all the Rapture will be over in the “twinkling of an eye” (1 Corinthians 15:52) which is considerably less than one second. Jesus is there 24-7 waiting for your call. He would love to share His gift with you.