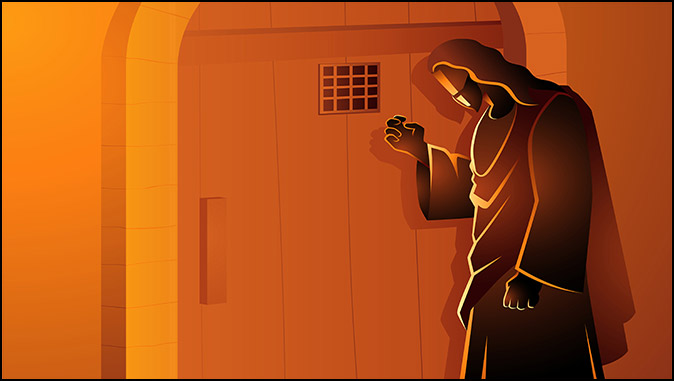 Matthew 7: 7-11; “Ask, and it will be given to you; seek, and you will find; knock and it will be opened to you. (8) For everyone who asks receives; and the one who seeks finds; and to the one who knocks, it will be opened. (9) Or which one of you, if his son asks him for bread, will give him a stone? (10) Or if he asks for a fish, will give him a serpent? (11) If you then, who are evil, know how to give good gifts to your children, how much more will your Father, who is in Heaven, give good things to those who ask Him!” (ESV – all emphasis mine)

For some, the above verses could possibly cause them to turn away from God’s word. The statement has been made that a person asked something from the Father, and because it didn’t appear, or wasn’t given to them, this must be a lie. Numbers 23:19; Hebrews 6:18; and Titus 1:2 are very specific in telling us God cannot lie. The real issue becomes, what was asked for, and what was the motive behind the request.

John 14:12-14; “Truly, truly, I say to you; whoever believes in Me will also do the works that I do, and greater works than these will he do, because I am going to the Father. (13) Whatever you ask in My name, this I will do that the Father may be glorified in the Son. (14) If you ask Me anything in My name, I will do it.”

This still leaves some skeptics with the idea that they should be able to ask for absolutely anything to be given to them, and the Savior must comply. Also, by mentioning “works”, there are those who interpret this as we must do works to be saved.

A verse that helps with this is 1 John 5:14; “And this is the confidence that we have toward Him, that if we ask anything according to His will, He hears us.” Going out and buying a lottery ticket, and then “asking” the Father to make it the big winner would not be in His will. To ask for anything that is selfish in motive, or that would be harmful to others would not be granted either.

Just before giving His disciples a format of praying, Jesus told them in Matthew 6:6-8; “But when you pray, go into your room and shut the door, and pray to your Father who is in secret. And your Father who sees in secret will reward you. (7) And when you pray, do not heap up empty phrases as the gentiles do, for they think that they will be heard for their many words. (8) Do not be like them, for your Father knows what you need before you ask Him.”

In what has been called the “Lord’s Prayer”, Jesus gives the disciples a simple formula of talking to the Father. First, we acknowledge that He is the only true God, and we respect that His will be done over ours. Then, we ask for our daily needs, and to forgive those who have sinned against us. He also instructs us to ask for protection from evil forces. Nowhere does He say, “Give us all our “greeds”.

In the Lord’s true prayer of the Son to the Father in John 17, Jesus praises the Father for allowing Him to glorify the Father by completing the work that He was sent to do. He asks for blessings on those who were with Him during His time here on earth, and in verse 20 Jesus even prays for all who would believe in Him from that time on. That includes all true believers today who have received and accepted Him as their Savior

With three simple words in John 19:30; “It Is Finished!”, He bought us the greatest gift we could ever have. No so-called earthly treasure could begin to compare with eternal life in Heaven. It’s not because of works, as given in Ephesians 2:8-9, and there are no other sacrifices anyone can make to earn their Heavenly Home. (Hebrews 10:4)

We have a Heavenly Father that is all about love, and His love for us is undeniable. In 1 John 4:16, we read; “So we have come to know and to believe the love that God has for us. God is love, and whoever abides in love abides in God, and God abides in him.”

We have a “forgiving” God, even though we are all sinners as given in Romans 3:23. According to Romans 6:23, we all should be sentenced to death for our sinful ways, but the free gift of eternal life is given by the Father to anyone who believes in Christ Jesus, our Lord. For anyone who believes they are pure and holy, Romans 3:10 tells us that “None is righteous; no not one.”

The Bishops released a song in 1996 that Mark Bishop wrote Titled, “You Can’t Ask Too Much Of My God.” It encourages us to take our requests to the Father, as He loves to hear from His children.

“When David gathered a handful of stones; and where the soldiers had fallen, he waited alone. With a prayer and a little rock, the giant fell right on the spot.

There was a woman drawing water from a well. She had so many regrets, so often she failed. But Jesus knew where she had been; still He forgave her of her sins; and in her life began to flow, living water for the soul; no, You Can’t Ask Too Much Of My God.

So when you’re broken, and you can’t find peace of mind, that seems to leave you behind; have you spoken to the God of Abraham, the Great I Am? He’s greater than the problem you got; no, You Can’t Ask Too Much Of My God.

Upon the three Hebrew children God smiled; and when Sarah was 90, God gave her a child. We believe just as them, He’s here to move that way again; He’s got a miracle to do; He only needs to hear from you; no, You Can’t Ask Too Much Of My God.

Several great examples of the Father supplying what was needed in trying times are in this song. One key is we must have faith and trust that our God will provide as He sees fit, and many times in ways we never quite expected.

Right now is not the time to turn away from our Savior and Heavenly Father. The world is getting more evil by the day, and we’re seeing attitudes against Christians as never before in our lifetime.

To get closer to our Lord, we should be reading from His word daily. Even if only a couple of chapters a day, we are “communicating” with the Creator of our whole universe, and He is actually pleased when we do so.

All the events happening in this world today were prophesied in our Father’s Holy Word to us. It is becoming more and more obvious that this world is near the end of this era, and all true believers will be taken up to meet the Savior in the air to be kept from the coming wrath.

This does not mean we won’t see things that are very disturbing, and it doesn’t mean we won’t be subject to persecution. However, before the actual man of lawlessness can appear, we have to be gone as given in 2 Thessalonians 2. We won’t be here for the worst 7-year period of time this world has ever experienced.

If you haven’t done so, call out to the Father today, and ask to receive and accept the gift His Son gave for us. Jesus shed His precious blood for all who would ask Him to forgive them, and to become a part of His precious flock. It will change your eternal destiny from total darkness and agony, to an eternity of a pure and loving light with Heaven as your eternal Home.

Ask, and forgiveness will be given to you; seek Jesus and you will find Him; knock, and the Savior will open the door for you. That’s it; no works, no special secret rituals, and nothing you can personally buy.

Hope to see you at Home!

Just About Any Day Now

Just About Any Day Now By Dennis Huebshman With each passing day, we’re seeing more…