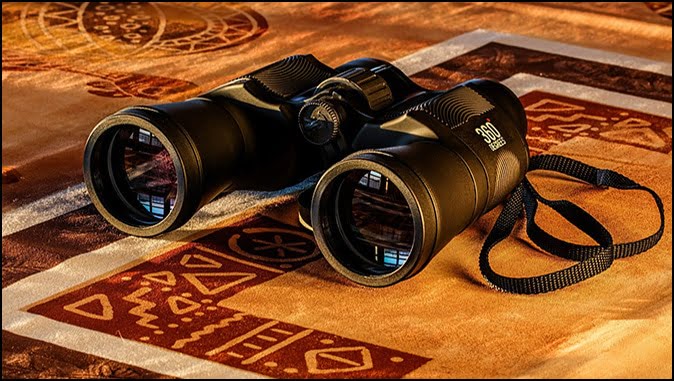 Why Be A Watchman
By Dennis Huebshman

Genesis 4:8-11; “Cain spoke to Abel, his brother. And when they were in the field, Cain rose up against Abel and killed him. (9) Then the Lord said to Cain, ‘Where is Abel, your brother?’ He said, ‘I do not know; am I my brother’s keeper?’ (10) And the Lord said, ‘What have you done? The voice of your brother’s blood is crying to me from the ground. (11) And now, you are cursed from the ground, which has opened its mouth to receive your brother’s blood from your hand.” As with his parents, Adam and Eve, Cain did not take responsibility for his sin. As with most people even today, he thought he could get around telling the truth. (Matthew 7:13-14 – all emphasis mine)

Galatians 6:7, “Do not be deceived, God is not mocked; for whatever one sows, that will he/she also reap”. One of the biggest mistakes anyone can make is to believe they can outsmart our Heavenly Father. He knows each and every person on this earth, and our most secret thoughts are an open book to Him. This is one reason why it is critical that we are truthful and honest with Him, and when we do slip and sin, give a true confession and ask for His forgiveness. (1 John 1:8-10) This does not mean we will be free from discipline for our actions (Hebrews 12:6), but will be forgiven for the sin.

With this in mind, are we our “brother’s (and sister’s) keeper”? The following applies to both males and females. Ezekiel 33:7, “So you, son of man, I have made a watchman for the house of Israel. Whenever you hear a word from My mouth, you shall give them a warning from Me.” Ezekiel 33:11, “Say to them, as I live, declares the Lord God, I have no pleasure in the death of the wicked, but that the wicked turn away from his/her way and live; turn back from your evil ways, for why will you die, O house of Israel?”

If this sounds familiar, consider first the Great Commission from Jesus to His disciples, and also everyone, to spread the “gospel” to all the nations of the world. (Matthew 28:16-20) As watchmen/watchwomen, in whatever capacity we have, we are to share the “good news” to others. Some have very limited resources, and others have worldwide capabilities. Jesus has asked that whatever we can do, we need to share the true word about repenting, and being with Him forever.

Also, 2 Peter 3:9; “The Lord is not slow to fulfill His promise as some count slowness; but is patient toward you (very important) not wishing that any should perish, but that all should reach repentance.”

Our Heavenly Father is not like any of the man-made gods. He is totally a Creator that loves His creation – all of us. He doesn’t sit around on His throne wondering who He’s going to condemn next. He would rather that everyone accept Jesus and be saved, but will in no way force His will on anyone. We are free to accept or reject Jesus, and therefore each person is responsible for where they will spend eternity.

Before going further, 1 Peter 3:15-16 says, “but in your hearts, honor Christ the Lord as Holy; always being prepared to make a defense to anyone who asks you for a reason for the hope that in you; (very important) yet, do it with gentleness and respect, (16) having a good conscience, so that when you are slandered, those who revile your good behavior in Christ may be put to shame.” Quick question; are Christians being reviled in today’s world?

We are at the time where Jesus, Paul, John and others said we would be, just before the end of this era. The next prophetic event to take place will be the Rapture, which removes all true believers from the coming wrath. (1 Corinthians 15:51-53; 1 Thessalonians 4:13-17; 1 Thessalonians 1:10; and 1 Thessalonians 5:9-10)

For anyone to not believe evil influences are gaining ground, it only took a “virus” to shut down America almost overnight; get most of the population into face masks; shelter in place (homebound); set up safe distancing; and numerous other events we have never seen the likes of.

One terrible event, that is being properly handled by the legal system, gave radicals the “excuse” to riot, loot, burn businesses and declare open season on all Law Enforcement officers. As just about everyone has witnessed, I watched the police officer criminally cause the death of another, and in no way condone his actions. He has subsequently been arrested and charged with murder, and the others that were there have also been charged with aiding that homicide. I fully agree with the actions taken by the legal system of that city. Turns out, the main officer involved should have been removed years earlier. However, this does not excuse any of the nationwide criminal activity that has taken place. That officer represents less than 1% of the total police forces in this country, and his type needs removing. The remaining 99%+ are honest, hardworking men and women who want to be there for the public they serve.

All safe-distancing went out the window for the rioters. All of a sudden, Covid is on the back burner. To not see that the warnings by Jesus in Matthew 24, and Paul in 2 Timothy 3, is to turn a blind eye to the word of God. He is not surprised by anything that is happening, as the bible specifically tells us what the time just before the end of this age will be like.

Israel is exactly where it was said they would be. They’re prosperous, have a powerful military, people are making “Aliyah” in record numbers (returning to Israel), and the majority (over 95%) do not accept Jesus as their Messiah. The Messianic Jews try to get the word about Yeshua (Jesus) to their people, but are ignored. They are the “watchpersons” that are trying to follow Ezekiel 33:7, but are mostly ignored. God said if someone tries to warn others about His word, and the others reject that warning, the watchperson would not be held responsible for the others disbelief. It falls squarely on those who scoffed at the warning.

Romans 11:25 is about to happen. The time of the Gentiles is about to reach the fullness, and afterwards God will turn His attention to the Jews disobedience. (Romans 11:31) They will go through a most horrifying 7-years ever. Zechariah 13 tells us 2/3 of their population will perish. Those who were Messianic – true believers – will be Raptured with all other believers from all over the world.

Sounds like a huge number of people will be taken. However, sad to say that today only approximately 10% – 12% of the world population falls into the true believer category. For the Messianics, it’s only about 1% – 2%.

Those being taken in the Rapture will be significant enough to prove God’s word is true and accurate. Most of those who will be left behind will not be able to say they never heard about Jesus, God, Salvation, Repentance or any of the Bible’s specific prophecies. The notifications were there, but they chose to disbelieve them.

As a watchman, I encourage you to please read John 3:16-18; Romans 8:1; Romans 5:8; John 14:6; Acts 4:12; Acts 2:21 and Romans 10:9-13. Also look at Ephesians 2:8-9. In 1 John 2 through 5, you can learn about the false prophets and antichrists that have been with us all along, and told they will increase toward the end of this age. Daniel and Revelation tells of the horrors that the ultimate antichrist and false prophet will be responsible for.

You can be assured you will not go into the wrath/tribulation by receiving and accepting Jesus as your Savior. He will not force anyone to come to Him; but all who do call on Him will be saved. Time is becoming a major factor. We are definitely near the end of this age, and the next event, as given previously, is the Rapture.

No one can accept salvation for anyone else. It’s an individual choice. Choose well; choose wisely. For right now, the Savior is waiting for your all.