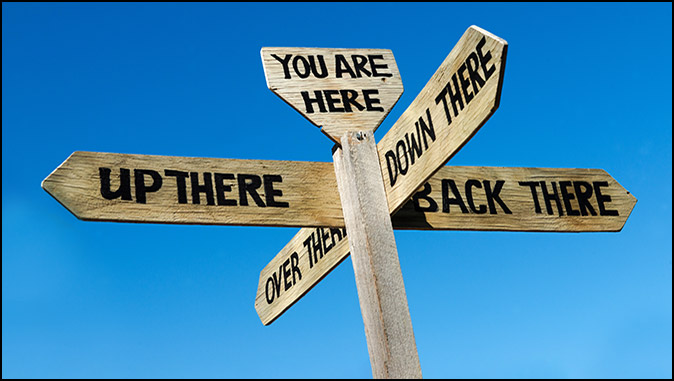 Where From Here?
By Dennis Huebshman

For all practical purposes, the mid-term election is about over. After all of the runoffs are completed, does anyone really believe there will be any major political changes? There’s no new people in the top executive branch, and there weren’t any massive legislature take overs. The judiciary has remained exactly the same. A few faces have changed in the senate and house, but do we really believe that we have a chance that we’re going back to being a world super-power? That probability left our country just a decade or so ago. (ESV – all emphasis mine)

Almost all of the Matthew 24, Mark 13 and Luke 21 end of the age signs are here, and for the first time ever, we see rapid negative changes taking place world-wide.

Before the seven year tribulation takes place, which will be the worst time this earth has ever seen, one event of major importance is right at the brink of happening. That would be the Harpazo, Rapture or “taking up” of all who have received and accepted Jesus as their Savior. This will be done to spare all true believers from the coming Wrath/Tribulation as promised by the Father.

Please note that this is not made up of any particular religion, race or certain geographical areas. It will be Joel 2:32, Acts 2:21 and Roman 10:13 people who will have “called on the name of the Lord to be saved.”

There are different opinions as to when, or even if, the Rapture will occur. There are pre-trib believers, mid-trib believers, end of trib believers, and even some who think that any Rapture idea is foolishness. Paul specifically addressed non-believers in 1 Corinthians 1:18; “For the word of the cross is folly to those who are perishing (lost), but to us who are being saved, it is the Power of God.”

In 2 Peter 3:3-4;7; “knowing this first of all, that scoffers will come in the last days with scoffing, following their own sinful desires. (4) They will say ‘Where is the promise of His coming? For ever since the fathers fell sleep, all things are continuing as they were from the beginning of creation’. (7) But by the same word, the heavens and earth that now exist are stored up for fire, being kept until the day of judgment and destruction of the ungodly.”

In Romans 1:21-22; “For although they knew God, they did not honor Him as God, or give thanks to Him, but they became futile in their thinking, and their foolish hearts were darkened. (22) Claiming to be wise, they became foolish.”

Just a note here; there is a survey that was taken very recently that shows there is a worldwide turning away from anything “Christian”, yet there is an increase in embracing all the evil attitudes that are being “fed” by satan.

In 2 Thessalonians 2, Paul becomes very specific. Verse 7, “For the mystery of lawlessness is already at work. Only “He” who now restrains it will do so until “He” is out of the way. “(8) And then the lawless one will be revealed, whom the Lord Jesus will kill with the breath of His mouth, and bring to nothing by the appearance of His coming.” This is completed in Revelation 19:20, when the antichrist and false prophet are thrown into the Lake of Fire. The “He” that is presently restraining the appearance of them would be the Holy Spirit.

Continuing to 2 Thessalonians 2:10-12, “and with all wicked deception for those who are perishing because they refused to love the Truth, and so be saved. (11) Therefore, God sends them a strong delusion, so that they may believe what is false, (12) in order that all may be condemned who did not believe the Truth, but had pleasure in unrighteousness.”

In 1 John chapters 2 through 5, the apostle tells of the false prophets and antichrists that were already in the world, and would be here all the way to the end of this age. Over the past few years, satanic activity has emerged into the open as never before. Sadly, that activity is being treated as the “new normal”, while anything that references our Savior is being persecuted.

For all believers, the times are troubling to say the least. Parents, even in America, are facing the possibility of having their children taken from them, and even a chance of being incarcerated for not accepting and teaching them all the “gender-based” issues. This is happening even in the lower grades of secular schools.

For all true believers, we have the one Triune God; Father, Son and Holy Spirit; but for all the “alphabet” groups, new perversions are being added through satanic forces almost daily. The parts of the Bible that state God made them “Man and Woman”, are totally ignored by the world.

Romans 1:28-32; “And since they did not see fit to acknowledge God, God gave them up to a debased mind to do what ought not to be done. (29) They were filled with all manner of unrighteousness, evil, covetousness, malice. They are full of envy, murder, strife, deceit, maliciousness. They are gossips, (30) slanderers, haters of God, insolent, haughty, boastful, inventors of evil, disobedient to parents, (31) foolish, faithless, heartless, ruthless. (32) Though they know God’s righteous decree that those who practice such things deserve to die, they not only do them, but give approval to those who practice them.”

Paul gave many of the above conditions in 2 Timothy 3, but the Romans 1 list is more extensive, and it fits today’s society in just about every respect. Our Savior is not surprised by any of today’s issues. In Matthew 10:22, He stated; “You will be hated by all for My name’s sake, but the one who endues to the end will be saved.” Then John 15:18; “If the world hates you, know that it has hated Me before it hated you.”

All who have called on the Savior to forgive them and to be their Savior forever are looking forward to being taken away from all of today’s evil. We are waiting for the Trumpet of God to sound, and to hear the shout from the archangel that will signal we’re finally going Home. Meanwhile, we wait.

Jim Reeves recorded a Ray Griff song in the early 1960’s called, “Where Do I Go From Here?”. It’s a wonderful prayer asking the Father to give us strength and assurance in these troubling times. Soon, with all that is taking place today, we will be rising up to meet our Savior in the air, and to be with Him forever.

“Where do I go from here? What fate is drawing near? Touch my heart, and guide my lips in prayer.

Through the grace of God alone, I’ll cast aside these fears I’ve known; and lift myself from the depths of despair.

Lead me through the darkness, and through each gloomy day. Take my hand, Oh Precious Lord, and help me on my way.

Give me strength that I might find, abiding faith and peace of mind; and I won’t ask where do I go from here.

Romans 10:9-13 provides the simple steps to Salvation. For some, it’s almost too simple, as the belief is we should somehow earn or buy our way to Heaven. Ephesians 2:8-9 takes care of that thought by telling us it’s only through the grace of the Savior, and the mercy of the Father that we are saved. No one can “earn” one second of time in Heaven.

On the other hand, all who reject our Lord and Savior will have a reservation in the long line at the Great White Throne of Revelation 20:11-15 where there will be no mercy, no pardons, no limited sentences. That judgment will be forever in the fires of hell.

God promised that all who receive and accept His Son will also have the Father. (John 3:18; 1 John 5:12; and numerous other verses). We can count on His word as truth as given in Titus 1:2. Our Creator will not waste time on playing any games with us. He loves us all so much (John 3:16) that He wants no one to fail (2 Peter 3:9) and be cast into the outer darkness. He will not force anyone as to how they will decide, but will accept all who truly calls on His Son to be saved.

Today would not be too early to make that call. Every day there is a delay is a plus on satan’s side. Consider carefully right now; “Where Do I Go From Here?”.
Come Lord Jesus