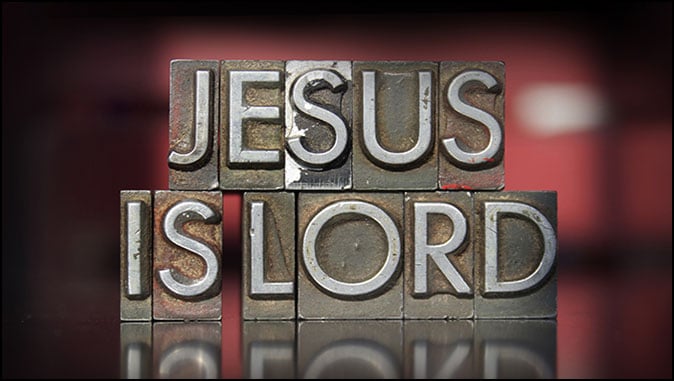 Where Do I Belong?
By Dennis Huebshman

Even though I have been on this earth for 75 years, I consider it a “temporary” training ground for learning patience, tolerance, and how to faithfully be a servant. While some of this applies to here, learning to be a ‘servant’ came directly from our Lord and Savior. After all, He is an important part of the Holy Trinity; creator of the heavens and the earth; and could totally dictate to us every aspect of our lowly human existence, if He so desired. (ESV – any emphasis is mine)

Philippians 2:4-11; “Let each of you look not only to his own interests, but also the interests of others. (5) Have this mind among yourselves, which is yours in Christ Jesus, (6) who though He was in the form of God, did not count equality with God a thing to be grasped; (7) but emptied Himself, by taking on the form of a servant, being born in the likeness of men. (8) And being found in human form, He humbled Himself by becoming obedient to the point of death; even death on a cross. (9) Therefore, God has highly exalted Him, and bestowed on Him the name that is above every name; (10) so that at the name of Jesus, every knee should bow, in Heaven, and on earth, and under the earth; (11) and every tongue confess that Jesus is Lord to the glory of God.”

First; Patience. That’s a concept that has always been difficult for me. It seems that if something seems right for me, I should have it, and have it now, rather than later. There are a number of illustrations I could give, however, there is one that totally stands out right now. Also, I have found out lately that this issue is not just mine, but is shared by a number of others asking for the same thing.

Before that, a bit of history. Up until I was about 40, I believed I was in good standing with God. After all, I believed He was real; Jesus was real; and the Holy Spirit was real. In the church that I grew up in, and was water baptized in, I was led to believe I needed to do good works; attend services regularly; and hope that when I died that I had been “good enough” to go to Heaven. It just seemed to be something we could not ever know for sure.

Then came several years in the military, and my church attendance changed. I would occasionally go to services, but not necessarily in the same type of church which I grew up in. I found there were sincere and good people in just about every denomination, but their beliefs were different, and this led to some confusion on my part. Rather than study the word of God for myself, I would just go now and then to a service, and hope it was good enough to please God. Whatever the preacher said, seemed all right with me, and I’d give an “Amen” along with everyone else. Then I would feel good that I “gave” some of my precious time to the Lord.

Today, I thank the Father often that He did not require my soul back then as He did the rich man who was going to tear down his old barns and build new ones, and “live high on the hog” from then on. (Luke 12:16-20) Everything he had on this earth that day was given to others to enjoy.

My firm belief is that everything that I have as far as worldly possessions, has been given to me by the Father to use, and is nowhere near as important as my Relationship with Jesus. When I am gone from here, either by death or by Rapture, I am not concerned where anything I have will end up, or who it will end up with. The Father has supplied my “needs” for all these years, and has even allowed me some “greeds”. But to worship possessions is totally wrong, and it would be something that would come between Jesus and I. Have I always felt this way? No, but after following Romans 10:9-13, and calling on My Jesus to save me about 35 years ago, possessions just aren’t important.

The most important thing right now is to be ready in case My Jesus calls today. We are witnessing so many changes right now, that it’s hard to keep up with them all. Most are not for our good. However, nothing is happening that was not prophesied by the prophets, Jesus and others who were describing the end of this age, and God is not surprised by any of it. The next biggest event on the prophetic calendar is for all true believers to be called up to meet our Savior in the air to be kept from the coming wrath. (1 Thessalonians 4:13-19; 1 Corinthians 15:51-53)

And here is where my patience, and the patience of numerous others is being taxed. Once a person has a true relationship with Jesus, the longing to go “Home” gets stronger and stronger. We long for a place we’ve never seen, yet the Holy Spirit within us tells us it won’t be long now. Every day, and several times a day, I thank the Father for my “rescue”, and let Him know it isn’t too early for our call to be with our Precious Shepherd. I know through some correspondence from others, that this feeling is shared among Believers.

My belief is that the Father knows the exact day, hour, minute and even second when He will send Jesus for us. I have no doubt that He knew this when He created this earth. All the signs are appearing to show that the prophecies are trustworthy and true, and I believe 2 Peter 3:9 describes how God is using “patience” to draw more souls to the Savior. “The Lord is not slow to fulfill His promise, but is patient toward you, not wishing that any should perish, but that all should reach repentance.”

Jesus Himself realizes more will accept this earth’s so-called treasures over His pure, holy and freely given gift of eternal life. (Matthew 7:13-14) We know that we don’t belong here, and are just waiting for the trumpet and shout.

Gloria Gaither wrote the words, and Buddy Greene provided the musical arraignment in a 1990 song; “I Don’t Belong”. It pretty well sums up what many are feeling right now, and why we’re so ready to leave here.

1) It’s not home, where men sell their souls; and the taste of power is sweet. Where wrong is right, and neighbors fight, while the hungry are dying in the streets. Where kids are abused, and women are used, and the weak are crushed by the strong. Nations gone mad, Jesus is sad, and I don’t belong.

2.) I don’t belong, but while I’m here, I’ll be living like I’ve nothing to lose. And while I breathe, I’ll just believe, My Lord is gonna see me through. I’ll not be deceived, by earth’s make-believe, no, I’ll close my eyes to her siren song. By Praising His name, and I’m not ashamed, cause I don’t belong. (ref)

3.) And I belong, to a kingdom of power, where only love is the law. Where children lead, and captives are freed, and God becomes a baby on the straw. Where dead men live, and rich men give, their kingdoms to buy back a song. Where sinners like me, become royalty, and we’ll all belong.

4.) Yes, I belong and I’m going some day, Home to my own native land. Where I’ll belong, and it seems like I hear, the sound of a “welcome Home band”. Yes, I’ll belong, no foreigner there, singin a sojourner’s song. I’ve always known, I’m goin Home, where I belong. Yes, I’ve always known, this place ain’t Home, and I don’t belong.

If you have not received and accepted Jesus yet, you could very well be at a critical stage of this old world. Everything is pointing to a major conflict that is about to take place in Israel, and the United States with our current atmosphere will not help them. (Ezekiel 38-39 war) The beginnings of the new world order has already begun, and the stage is being set for the ultimate evil one to appear. Once the antichrist is introduced on the scene, it will be too late to be taken up in the Rapture, as it will have already happened.

In 2 Thessalonians 2, it states that “He who now restrains it (man of lawlessness), will do so until He is taken out of the way.” (Verse 7) The restrainer would be the Holy Spirit, and if He is taken out of the way, all those who are indwelt by Him will have to be removed, and thus the purpose of the Rapture. Many are saying this is a fairy tale, and skeptics are abounding saying nothing is going to change. (2 Peter 3:3-4) The verse that states “in the twinkling of an eye” comes to mind which tells us that the whole taking up event will be over before anyone is aware of it. (1 Corinthians 15:52)

Please, review Romans 10:9-13; John 14:6; Acts 2:21 and Romans 8:1. Hopefully, these verses can help you make the best decision you will ever make on this earth. Tomorrow, you could just be in the worst condition this world has ever seen by not being a part of the Savior’s flock. All who will have received and accepted our Savior’s generous gift, that He paid for in full, will have no issues, because we will be taken to “Where We Belong”!

Hope to see you at the feet of our Savior!

Power Of The Cross