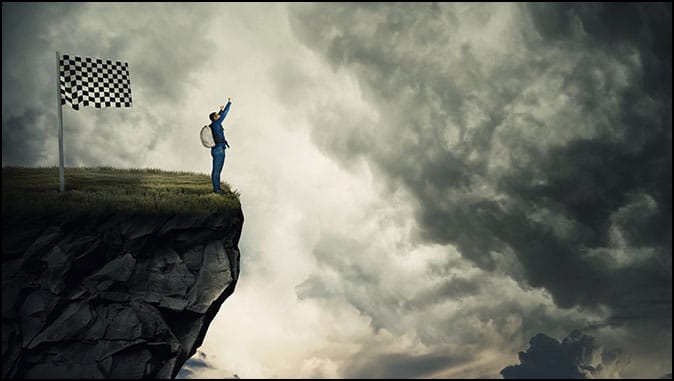 The Race Is About Over
By Dennis Huebshman

If you feel as if you’re running in circles, and trying to put round pegs in square holes, join the club. As much as I wish I could say it’s going to get better here on earth, the Bible doesn’t back this up. Yet, for a believer in Jesus, it’s a time to get excited, and a time of preparation for His calling us Home. (all emphasis mine)

We’re told that we must follow God’s commandments, yet exactly what are His commandments? There are people today that say we must follow the 10 Commandments that were given to Moses by God. While this would be admirable, how many people violate the forth commandment which states, “Keep the Sabbath Day holy.”?

Our Savior gave these two commandments which encompass all the ten. If we have Jesus in our hearts and follow His will, the so-called “pleasures” of this earth are meaningless compared to what lies ahead for us.

As Paul said in Philippians 1:20-23; “as it is my eager expectation and hope that I will not be at all ashamed, but that with full courage now as always, Christ will be honored in my body, whether by life or death. (21) For to me to live is Christ; and to die is gain. (22) If I am to live in the flesh, that means fruitful labor for me. Yet which I shall choose, I cannot tell. (23) I am hard pressed between the two. My desire is to depart and be with Christ, for that is far better.”

As stated in the past, the actual act of dying isn’t something I look forward to, but death itself does not cause me fear. We are assured that all who truly call on Jesus to be their Savior will have eternity with Him in Heaven. Our last breath taken here will find us immediately in His presence. Even better yet, His coming to call His flock – all true believers – up to meet Him in the air is closer than we can even imagine. The trumpet of God will sound, a shout from an Arch Angel, and we’ll be in the presence of Jesus. We will have a brand new eternal immortal body, and a mindset such as His which will be free from temptation to sin.

We are seeing definite dividing lines between the prince of this world (satan) and our Blessed Savior. Satanic worship is out in the open as never before, and people are actually proud to call themselves disciples of Lucifer. There’s even tennis shoes that have been manufactured with the claim they have a drop of human blood in the soles. While there is controversy as to the actual manufacturer, it’s said that 666 pairs have been made at a cost of over $1000 per pair. It’s a definite “In Your Face God” issue.

The question remains, how much longer, Father, are we to endure such evil? As much as those of us who are already saved have a desire to leave here and be with Jesus, God has a desire to add as many souls as possible before He starts the 7-year wrath/tribulation. (2 Peter 3:9) If He had sent Jesus for the righteous about 35 years ago, I would have been counted with the lost. It took Noah 100 years to build the Ark, but when it was done, God Himself closed the door. I believe He is giving the world a bit more time for those on the “edge” to reach out and be saved.

However, the moment will come when He says, “enough already”. He will take last minute calls for souls to be saved, just as He did the Thief on the cross who accepted Jesus. Then, this world will enter the most terrible 7-year period of time ever. People today who refuse to accept the Savior are referenced in 1 Corinthians 1:18 and 2 Thessalonians 2. The word of the Lord is foolishness to them, and God will send them a strong deluding influence. They will eventually end up at the great white throne and spend eternity in hell.

For the saved, it will be as Revelation 2:17 says; “He who has an ear, let him hear what the Spirit says to the churches. To the one who conquers, I will give him some of the hidden manna, and I will give him a white stone with a new name written on the stone that no one knows except the one who receives it.”

The “hidden manna” represents the true word that only true believers can and will understand. The white stone was added to a garland wreath that was given to victorious athletes in the first century. This was for their admission to the celebration following the games. Our “new name” represents a personal message from Jesus for each soul that arrives, and only the one receiving it will know the meaning.

To conquer the lure of this world, it’s as simple as A,B,C. First, admit we’re all sinners in need of a Savior to rescue us from all the evil here. Next, believe that Jesus died for our sins, and was raised on the third day to conquer sin and death for all who would receive and accept His gift. Finally, call on the name of the Lord, and you will be saved. This is found in Romans 10:9-13, and don’t add to, or take away from, any of the steps.

God has given us His promise that all who receive and accept His Son will have an eternal home in Heaven, in a place prepared by the hand of the Savior Himself. (John 14:1-3)

Being a true, fair and just God, all who refuse the gift given by Jesus; one third of the Trinity; will appear at the great white throne of Revelation 20:11-15, and receive their final sentence to the lake of fore forever. This was originally made for satan and his fallen angels (demons), as given in Matthew 25:41.

It’s up to each and every person to receive or reject the Savior. It goes beyond my comprehension that anyone would purposely choose eternal condemnation over eternal paradise. However, there are more in that category than on the straight and narrow path. (Matthew 7:13-14)

Today is not too early to call on Him, as tomorrow may just be too late. No matter what you have done in the past, you will be forgiven if you sincerely call on, and ask Jesus to be your Savior. Then, just as Jesus said to the thief on the cross, “Today you will be with Me in paradise”. You may not leave earth today, but if you do this promise is yours. Hope to see you at “Home”.