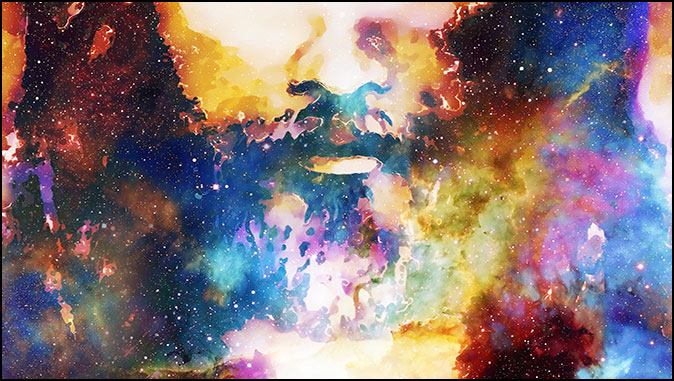 The “Possible” Dream
By Dennis Huebshman

Matthew 19:26; “But Jesus looked at them and said, ‘With man, this is impossible; but with God, all things are possible’.” (emphasis mine)

Philippians 4:13; “I can do all things through Christ, who strengthens me.”

Isaiah 41:10; “Fear Not, for I am with you – be not dismayed, for I am your God; I will strengthen you, I will help you; I will uphold you with the right hand of My righteousness.”

Jeremiah 32:17; “Ah Lord God! Behold you have made the heavens and the earth by Your great power, and by Your outstretched hand; there is nothing too hard for you.”

There is a song by Joe Darion from 1966 that was made popular in the play, “The Man From LaMancha” called “The Impossible Dream”. Without giving the whole song, there are some verses that stand out, to say the least. For example; “To fight the unbeatable foe; to bear unbearable sorrow; to reach the unreachable star; to be willing to march into hell for a heavenly cause.” And the final two verses are; “To dream the impossible dream; to reach the unreachable star.”

All this is interesting, and without any other options, they are notable quests. However, for all who have received and accepted the gift of Salvation, paid for in full by our Savior, we “dream the possible – better yet, “Probable Dream”. The only part about our dream is we’re not with Him yet. That will change in the very near future, and after that we won’t have all the “un’s” listed in the song.

Anyone who claims Jesus as their Savior will have issues while on this earth, and in our present human forms. John 16:33 is an absolute declaration from our Savior, which is a message to give us eternal hope. “I have said these things to you, that in Me you may have peace. In the world, you will have tribulation. But take heart, I have overcome the world.” Paul understood this very well, and was actually looking forward to leaving this earth behind. Philippians 1:21; “For me to live is Christ; and to die is gain.”

God did not just have His Holy Word written to give us entertainment or false hope. In 2 Peter 1:19-21; “And we have the prophetic word more fully confirmed to which you will do well to pay attention, as to a lamp shining in a dark place until the day dawns, and the morning star rises in your hearts; (20) knowing this first of all, that no prophecy of scripture comes from someone’s own interpretations. (21) For no prophecy was ever produced by the will of man; but men spoke from God as they were carried along by the Holy Spirit.”

Please be clear; this references bibles that are faithful to the original scrolls and historical writings that have been handed down faithfully throughout all the ages. The versions may be different, but those truthfully interpreted into language that is the same in content, but are easier to understand. We have the King James Version; the New King James Version; The New American Standard Bible; The New English Translation; The English Standard Version; The New International Version, and others that will state they are true to the original word given by the Father.

There are “bibles” that are being produced today that are anything but the true word of God. Some are “gender neutral”; some call God “she”; some have rewritten the abominations as somehow being acceptable today; and there are some saying all religions worship the same god, and there’s many ways to heaven without Jesus.

One verse disputes this completely; John 14:6; “Jesus said to him, I am the Way, the Truth and the Life; no one comes to the Father except by Me.” This is backed up by Acts 4:12; “And there is Salvation in no other name under heaven, given among men, by which we must be saved.”

Joel 2:32; Acts 2:21 and Romans 10:13 have the same message; “All who call on the name of the Lord will be saved.” This has nothing to do with “dreams”; this is an absolute promise from our Heavenly Father.

We must remember this life on earth is less than a blink of the eye compared to eternity. Who we choose to follow here will determine if we spend forever in paradise, or in torment.

Hell is a very real place that is not occupied at the present. It was specifically made for the devil and his fallen angels (Matthew 25:41). All who have died out of the will of the Father pre-calvary, and all who have died without Jesus from the cross forward are in a holding place, but have already started their torment. This is a pre-hell and is briefly described in Luke 16:19-31 with the parable of the Rich Man and Lazarus.

The first occupants of hell will be the antichrist and false prophet from the 7-year tribulation as given in Revelation 19:20. Second will be satan a thousand years later; Revelation 20:10; followed by all the lost from the beginning of time to the “Great White Throne” – Revelation 20:11-15. All at this last judgment are there to be told of the degree of punishment the will have for all eternity, and exactly why they are there. No one there will have any doubts as to their guilt, and there will be no “pardons” from this. This is not a “dream”, but rather a “nightmare”.

All who followed God’s will pre-calvary, and all who accepted Jesus from calvary through the end of this world will go into one of several “judgments”. However, they will be there for the purpose of gaining or losing rewards – not for punishment. Our forever is with Jesus, and all the saints and the angels. This will be in a world without any pain, suffering of any kind, death or sin.

If you have not called out to Jesus to be your Savior; confess you are a sinner as everyone is; (Romans 3:23) ask His forgiveness and to be your Redeemer, I have a bit of advice – “Wake Up!” This is no dream, it’s reality. Jesus will be coming soon to call all those who have received and accepted His wonderful gift; to keep us from the imminent wrath.

No one will be forced to accept Jesus, but all who call on Him will be accepted. If you believe you are “unredeemable”, read Psalm 103:11-12. When God forgives, it’s permanent. The only non-forgivable sin is to take your last breath on this earth without His Son in your heart

Read Romans 10:9-13, no matter what true version you may have. It gives the steps to follow to become a part of the Shepherd’s flock. Jesus knows that we humans aren’t perfect, and we will slip and sin until we’re off this planet. We are given 1 John 1:8-10 as our steps to be forgiven.

Don Quixote of LaMancha is a work of satirical fiction; Jesus is very real and so is our promise of Salvation.

Satan is also very real, and he’s the father of all lies and destruction. He wants to take you away from the Father, and be with him in the Lake of Fire.

The choice is totally up to each and every person, and no one can make it for you. Seems like an easy decision, yet for some the lure of this world is powerful.

Make your “dreams possible”. Ask Jesus to be your eternal Savior, and you will have won the most valuable prize this life can give.

His Timing Is Perfect

His Timing Is Perfect By Dennis Huebshman There are people today, including myself, that wonder…

The Lord’s Prayer – and Others