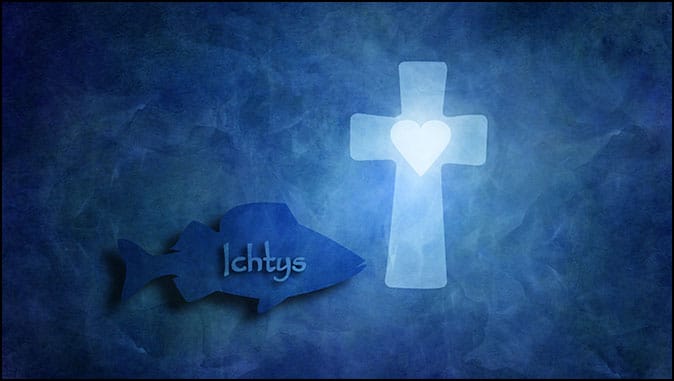 That Time Is Here
By Dennis Huebshman

From 2 Timothy 4:3-4; “For the time is coming when people will not endure sound teaching, but having itching ears, they will accumulate teachers to suit their own passions, (4) and will turn away from listening to the truth and wander off into myths.” (all emphasis mine)

“Religion” is thriving, and some mega churches are filled to capacity during regular “services”. The biggest issue is that true Bible teaching is getting hard to find. For some of these churches, the Sunday after the Rapture will not see any change in attendance. They’ll still be putting on light shows, have heart-thumping music, and be giving “ear-tickling” messages for those itching ears. However, Jesus will be conveniently left out. The newer generation doesn’t want to be told they are sinners in need of a Savior, but that their earthly lifestyle is just fine.

The one to three hour a week “Christians” are content to be present and support their organized evangelical churches; just don’t expect anything else the rest of the week. Besides, all religions worship the same god, and Jesus was a good person, but not really necessary for us to go to heaven – right? The need here is to read John 14:6.

While true believers numbers are declining in America, the places that are seeing increases are in countries that persecute and martyr Christians. Iran, China, North Korea, parts of Africa and other middle east nations are a few that seek out anyone who calls on Jesus to be their Savior. There have been reports of people being given a chance to renounce Jesus, and turn back to the religion of that area, yet many choose death rather than change

Several countries around the world today are making it a crime for anyone to speak out against lifestyles that God calls abominations. Canada is one of these countries where there are pastors and educators that are facing prison for calling the “alphabet” lifestyles sinful. Cases of arrests are also being reported in Europe and Scandinavia, and America is just a breath away from this same action.

Luke 21:16:17; “You will be delivered up, even by parents and brothers and relatives and friends, and some of you they will put to death. (17) You will be hated by all for My name’s sake.”

Matthew 24:10-13; “And then many will fall away and betray one another, and hate one another. (11) And many false prophets will arise and lead many astray. (12) And because lawlessness will be increased, the love of many will grow cold. (13) But the one who endures to the end will be saved.”

Next, Paul’s prophecy about the end of this age in 2 Timothy 3:1-5; “But understand this, that in the last days will come times of difficulty. (2) For people will be lovers of self, lovers of money, proud arrogant, abusive, disobedient to their parents, ungrateful, unholy, (3) heartless, unappeasable, slanderous, without self-control, brutal, not loving good, (4) treacherous, reckless, swollen with conceit, lovers of pleasure rather than lovers of God, (5) having the appearance of godliness, but denying its power. Avoid such people.”

The last line is good advice, but how is one to avoid such people when they are all around, and growing daily in number?

In 2 Peter 2:1-3; “But false prophets also arose among the people, just as there will be false teachers among you, who will secretly bring in destructive heresies, even denying the Master who bought them, bringing upon themselves swift destruction. (2) And many will follow their sensuality, and because of them, the way of truth will be blasphemed. (3) And in their greed, they will exploit you with their false words. Their condemnation from long ago is not idle, and their destruction is not asleep”

Continuing to 1 John 2:18-19; “Children, it is the last hour, and as you have heard that the antichrist is coming, so now many antichrists have come. Therefore, we know that it is the last hour. (19) They went out from us, but they were not of us; for if they had been of us, they would have continued with us. But they went out that it might become plain they all are not of us.”

The antichrists and false prophets that have been around since the time of John’s writings are not the ultimate evil ones of Daniel and Revelation. All that have come, and all that are here now, are a prelude to the era of the 7-year Wrath/Tribulation.

The ultimate antichrist and false prophet most likely are alive today. They may or may not know the role that they are about to play, but are in satan’s grip. However, 2 Thessalonians 2:6-7 explains why the beast hasn’t come forth yet. “And you know what is restraining him now, so that he may be revealed in his time. (7) For the mystery of lawlessness is already at work. Only He who now restrains it will do so until He is out of the way.”

All true believers are indwelt by the Holy Spirit. For the antichrist to appear, that influence will be removed; and in doing so, the Rapture has to occur first to keep God’s promise to keep us from that coming wrath. (1 Thessalonians 1:10; 1 Thessalonians 5:9-10; Revelation 3:10)

Anyone who truly focuses on the world today should be able to see all the signs are here right now. There have always been evil people, and unspeakable horrible deeds that have been done, but the sheer magnitude today of satanic activity is overwhelming.

Our government, along with the liberal faux news medias, are “programming” people to follow whatever they say without question, and sadly, they are gaining a majority of followers. The new world order is rapidly coming together, and eventually there will be a one-world government just as God said there would be. Prior to this, there will be a coalition that will attack Israel (Ezekiel 38), believing that they will be able to plunder the wealth which that small nation has.

Jesus said there would be wars and rumors of wars near the end of the age. We are seeing a lot of “saber rattling” from the coalition of Russia, Iran and Turkey that formed just within the last decade. Ezekiel 38:4 states that God will “put hooks into your jaws” and convince them to attack Israel. The “hook” would be the massive gas and oil deposits that Israel has, as all three members of the coalition are financially strapped.

Nothing that is taking place today surprises our Heavenly Father. All prophecy leading up to these times has been fulfilled with 100% accuracy. Why would anyone think this would be any different/

Knowing what the Bible says about end-time events, one might think this would be warning enough to possibly change the outcome. However, 1 Corinthians 1:18; “For the word of the Cross is folly to those who are perishing, but to us who are being saved, it is the power of God.”

Also, 2 Thessalonians 2:11; “Therefore, God sends them a strong delusion, so that they may believe what is false.” I believe that delusion has already started.

The best scenario of all this is Luke 21:28 where Jesus tells us to look up when all this starts to take place, because our redemption is near. All who have truly received and accepted Jesus as their Savior will not be here for the worst 7-yer period of time this world has ever seen.

The mechanics (ABC’s) of redemption are found in Romans 10:9-13, which ends by saying that “All who call on the name of the Lord will be saved.” God will force no one to accept His Son, but He will not turn anyone away who truly calls on Jesus. The event known as the Rapture could take place at any moment of any day now.

No one has sinned so greatly that they cannot be forgiven. The absolute unforgiveable sin is to take your last breath on this earth without having Jesus as your Savior. All He asks is that you acknowledge you have sinned, and ask His forgiveness, because He has already paid in full the price God requires – a pure sinless blood sacrifice. Then have the faith that God raised Him from the dead to conquer sin and death for us. When you call on Him, the Holy Spirit will come and reside in you until you are with Jesus either by death, or by Rapture.

Call on Him today, right now, and you will be assured of an eternal home with Him in paradise. It will be the best decision you will have ever made.