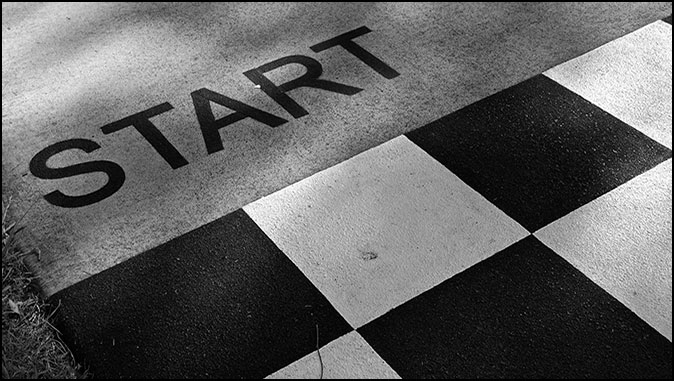 An obvious statement would be to say this world is changing, and not for the best. Civil unrest, fueled by new world order funding and satanic propaganda, is tearing our nation apart, and it bleeds over to all the rest of the world. In fact, America is beginning to appear weak to other nations that aren’t all that friendly toward us. (any emphasis mine)

Some are saying that things can’t possibly get any worse, but they haven’t read about the Tribulation in Daniel and Revelation. What we’re experiencing today is just the “startup”; or as Jesus said, the “birthing pains” (Matthew 24:8). The real evil and terror that will take place when the “Christian Influence” is removed, and the ultimate antichrist comes to power, will make today look almost serene.

Over the past 10 to 12 years, there has been a notable shift in attitudes away from anything Christian, and also against our Constitution, as never before. I did not ever believe I would hear that the United States needs to be a “socialist” nation, and these words are coming from many elected officials. I remember how I thought the words from Khrushchev back in the 1950’s about our country turning to communism/socialism just as it is doing, as being totally impossible. I have referenced Barry McGuire’s song “Eve of Destruction” before, and it’s more obvious than ever.

With new worldly attitudes, the church messages are “mellowing” to blend in with modern society. They’re getting further away from Christian Service protocols of the past, and moving into the entertainment industry more and more. Scriptures about what constitutes sin, and anything about end times is side-stepped. Light shows, rhythmic music, feel-good “ear candy” messages are taking over. And this is happening in some major evangelical organized “religious” churches. After all, they have to change with the times to keep seats and collection baskets filled – right?

Pastors/preachers in some venues are saying that because “God is a God of Love”, all relationships are somehow now acceptable. Problem with this is, My God is the same today as He was yesterday, and will be forever. Hebrews 13:8 says this about Jesus, but remember, Jesus and God are One. (John 10:30)

Plainly stated, if it was sin from creation all the way to Calvary; it’s still sin from Calvary to today. And, it will be sin until this earth is replaced by a new heaven and new earth after the Millennial Reign of our Lord and Savior, Jesus the Christ.

Casting Crowns performed a song called “Start Right Here”. It’s very straightforward, that if there’s to be change, it has to start with each one of us. Please consider the lyrics:

“We want our coffee in the lobby; we watch our worship on a screen. We got a Rock Star preacher; who won’t wake us from our dreams. We want our blessings in our pockets; we keep our missions overseas. But for the hurting in our cities; would we even cross the street?

I’m like the brother of the prodigal; who turned his nose and puffed his chest. He didn’t run off like his brother; but his soul was just as dead. What if the Church on Sunday, was still the Church on Monday too? What if we came down from our towers, and walked a mile in someone’s shoes?

(ref)
We’re the people who are called by His name; if we surrender all our pride and turn from our ways. He will hear from Heaven and forgive our sin; He will heal our land … but it starts right here!

I would like to say we’re going to see a full-blown revival, but Jesus and the apostles and prophets stated otherwise. It will be better when the tribulation/wrath is over, and Jesus reigns from Jerusalem for the thousand years. And even then, there will be a final rebellion at the end of that millennium, which Jesus will put down with just a word.

All, everyone, no exception, that will not accept Jesus as their Savior before leaving this earth, will spend eternity in Hell – Lake of Fire. The number of people, besides satan and his fallen angels (demons), that will be there will be a major portion of all who lived on this earth from creation to the end of the millennium (Revelation 20:11-15).

Few, in the words of Jesus, will find and follow the narrow gate that leads to eternal life. (Matthew 7:13-14) The hard part for true believers to imagine, is why would anyone choose Hell over eternity with Jesus. The lure of the so-called pleasures of this world is strong, and many cannot fathom not having a “me” atmosphere. Pride and selfishness are tools satan tempts us with, and for many, it’s very successful. The satanic movements are out in the open and stronger than ever before.

Every sign that our being taken up (Rapture) is present today. Prior to Israel becoming a nation once again on May 14, 1948, there was still much that had to be fulfilled. As is, the next major event on the prophecy timeline is the removal of all true believers, so that the wrath can take place. Whether he knows who he is right now or not, I firmly believe the antichrist is in the wings being prepared by satan to make his entrance

All – that’s everyone – who will call on the name of the Lord Jesus will be saved. This is in Acts 2:21 and Romans 10:13. Romans 10:9-13 gives the mechanics and promise from the Father about receiving the gift of Salvation.

There is not a whole lot of time left to decide, as Jesus could call at any moment. Choose now, and Choose wisely. Be like Joshua in Joshua 24:15, where he told the Israelites to choose who they would serve. As for him and his household, they would serve the Lord.

Today would not be too early to receive and accept the gift provided by our Savior. He’s waiting for you, but not for much longer.

The Trial By Dennis Huebshman The bailiff steps forward, and there is a tension present…

Has The Word of the Lord Changed?

Has The Word of the Lord Changed? By Dennis Huebshman In the beginning, God created…

Now about that Pride…

Now about that Pride... By Dennis Huebshman How about some verses about destructive attitude -…

Read Between The Lines

Read Between The Lines By Dennis Huebshman John 19:19-22, “Pilate also wrote an inscription, and…