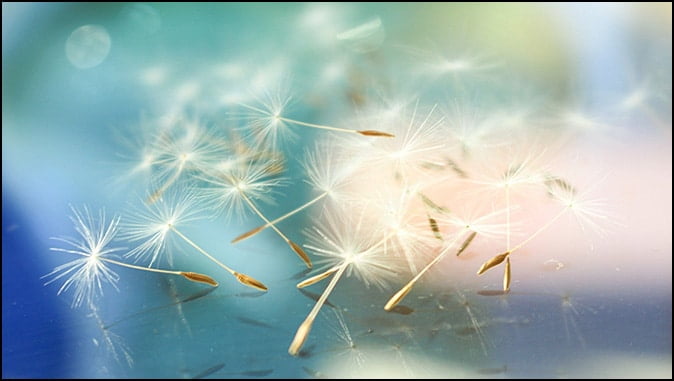 Softly And Tenderly
By Dennis Huebshman

“…but in your hearts, honor Christ the Lord as Holy, always being prepared to make a defense to anyone who asks you for a reason for the Hope that is in you; yet doing it with gentleness and respect, (16) having a good conscience so that when you are slandered, those who revile your good behavior in Christ may be put to shame” (1 Peter 3:15-16 any emphasis mine)

Theodore Roosevelt had a policy, “Speak softly and carry a big stick.” He was advocating non-aggression, but was prepared to back it up with severe action if required.

All during the arrest, physical abuse and the terrible death by crucifixion, Jesus could have lashed out and destroyed all involved with just a word. He even gave a stern rebuke to Peter who had cut off the ear of the high priest’s slave. Matthew 26:52-54; “Then Jesus said to Him, put your sword back in its place. For all who take the sword, will perish by the sword. (53) Do you think I cannot appeal to My Father, and He will at once send Me twelve legions of angels? (54) But how then should the scriptures be fulfilled that it must be so?” At the time of Jesus’ crucifixion, a legion of Roman soldiers was about 6,000 men. Using this figure, Jesus could have had about 72,000 angels rescue Him if He had called out for them.

When Jesus mentioned that the scriptures had to be fulfilled, Isaiah 53:2-7 comes to mind. “For He grew up before Him (Jesus before God) like a young plant, and like a root out of dry ground; He had no form or majesty that we should look at Him, and no beauty that we should desire Him. (3) He was despised and rejected by men, a man of sorrows and acquainted with grief; and as One from whom men hide their faces. He was despised, and we esteemed Him not. (4) Surely, He has borne our griefs and carried our sorrows; yet we esteemed Him stricken, smitten by God and afflicted. (5) But He was pierced for our transgressions; He was crushed for our iniquities; upon Him was the chastisement that brought us peace, and with His wounds we are healed. (6) All we like sheep have gone astray (Romans 3:23); we have turned -everyone- to his/her own way; and the Lord (The Father) has laid on Him the iniquity of us all. (7) He was oppressed, and He was afflicted; yet He opened not His mouth; like a lamb that is led to slaughter, and like a sheep that before its shearers is silent, so He opened not His mouth.”

He was not received as Messiah by the religious leaders, because He did not arrive with the full pomp and circumstance they expected. They held against Him that He actually criticized their way of “worship”. The next arrival of the Lord, when He steps foot on the earth again, will be nothing like the first appearance.

We know that Jesus did speak to the Pharisees, and also to Pilate, but in a calm and determined way. He allowed everything to take place as prophesied so that as our “Sacrificial Lamb”, He would complete, once and for all, our “bridge” to Salvation

Every sin ever committed, or will be committed, was laid on our Savior on that cross. His sinless blood that was shed was the price He paid to give us true forgiveness and redemption from our sinful nature. It was the only sacrifice the Holy Father could accept.

The good part is, Psalm 103:11-12 tells how those who receive and accept the gift our Savior provided will be viewed by God. “For as high as the heavens are above the earth, so great is His steadfast love for those who fear (respect) Him; (12) and as far as the east is from the west, so far does He remove our transgressions from us.”

Our Creator could very well have decided that the human race was not worth saving, and hold against us every sin we ever commit. No one would be righteous enough to pass His demand for pure sinless living. Those who truly honor our Jesus by confessing to Him we know we are not worth without Him, and ask that His precious blood cover our sin debt, will be saved. (Acts 2:21; Romans 10:9-13) We know His gift cannot be bought or earned, but that He totally has provided everything we need to be saved.

With all this in mind, you might think God would “Carry a big stick” as Teddy Roosevelt suggested. Thing is, our Father is all about love and tolerance for us – up to a point. He will give us every opportunity possible to turn away from the sin of this world, and call on His Son for forgiveness. (2 Peter 3:9) As stated, all who truly call on the name of the Lord will be saved.

As in 1 Peter 3:15-16, our Father calls us with gentleness and respect. He is faithful and just, and will respect our decision either way we choose. Unlike satan, He does not try to deceive us in any way at all. Right up to our last breath on this earth, He will be “Softly And Tenderly” reaching out to us.

The wonderful Hymn was written by Will L. Thompson in 1880.

We will never be perfect as long as we’re in these human bodies, and Our Father knows that. As long as we are honest with Him, and confess our sins and ask forgiveness, He will do so. Go back to Psalm 103:11-12. Yes, we may receive discipline, but the ultimate outcome is that we will be totally forgiven forever.

Satan uses every measure of deceit he can to lure as many people away from the Savior as possible. Sadly, many follow him through their personal desires for earthly “pleasures”. No material thing or evil action is worth our eternal soul. This earth is rapidly reaching the end of this age, and even tomorrow isn’t promised to us.

He’s softly and tenderly calling each and every one of us. There is no sin that cannot be forgiven except to not accept Jesus as Savior before leaving this earth. Answer His call, and you will have an absolute reason for the Hope of a wonderful forever.