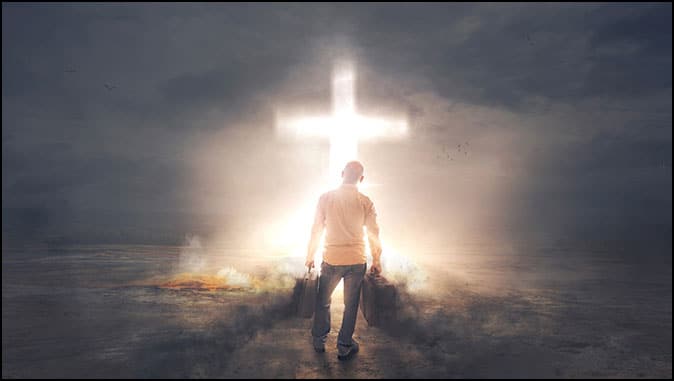 There are numerous hymns and praise and worship songs that reference being “Redeemed”. One dictionary definition of redeem is: to buy back again; regain possession of, or exchange for money or goods; ransom a person from captivity by paying a stipulated price; or to redeem from sin by sacrifice. (dictionary.com – all emphasis mine)

Everyone has favorite hymns, and two that I like very much are a 1999 song by the Gospel group Legacy Five called, “I Stand Redeemed”; and also one written by Frances (Fanny) Crosby from 1882 called, “Redeemed, How I Love To Proclaim It.” I submitted a message about Legacy’s song in 2018.

What I didn’t realize until going on-line for the lyrics to “Redeemed, How I Love To Proclaim It”, was that it was one of the many wonderful hymns written by Ms. Crosby. She blessed the world with more than 8,000 hymns that have been inspirational to numerous souls. Having lost her sight while still an infant, she did not take on the role of an invalid. She made it a goal to memorize much of the bible, and began to write poetry starting at age 8. Her wonderful words were put to music by various composers. She was admitted to the New York Institute for the Blind, and for 12 years was a student there. This was followed by 11 years as a teacher at that place of learning. She was a very special servant of the Lord.

By definition, our Lord and Savior “paid” for our redemption in just about every way that is defined. At the Garden of Eden, all humans were tainted by the sin of our original parents; Adam and Eve. Because of that fall from the Grace of the Father, every human became “mortal”, and actually became “born to die”.

Even though our mortal bodies are now destined to “return to dust”, we all have an immortal soul that will spend eternity in one of two places; Heaven or Hell. Anyone who does absolutely nothing to receive redemption belongs to satan, and ultimately will spend eternity with him in the lake of fire. Each person entering eternity will receive a new body designed to last forever, wherever we end up; one for eternal punishment in Hell; or one designed to be forever in Heaven with our Lord and Savior in pure joy and happiness.

Our God could exert His divine authority, and force everyone, including satan and his demons, to perform exactly as He wished, and make everyone react completely to His will. However, that would not be a true loving God, and goes against everything He is about. Our God loves us so much (John 3:16) that He provided a pathway for everyone to be able to be redeemed. There is a time when every knee will bow and proclaim Jesus as Lord, and that will be at the final judgments. (Philippians 2:10-11) Meanwhile, the choice to accept or reject Him is completely up to each individual.

Our “ransom” was paid through a “stipulated price”, which was the precious shed blood of our Lord and Savior Jesus. He came to the earth as a human, and as stated in Hebrews 2:9, “But we see Him, who for a little while was made lower than the angels, namely Jesus, crowned with glory and honor because of the suffering of (human) death, so that by the Grace of God, He might taste death for everyone.”

We have a God that can honestly say He totally understands what we go through here on earth. As a human, Jesus was subjected to temptations directly from satan as recorded in Matthew 4:1-11; Mark 1:12-13 and Luke 4:1-13. Satan’s ego was, and is, such that he believed he could even cause Jesus to slip and sin, if only once. After fasting for 40 days, Jesus’ human body would have been in a weakened state, but He kept His mind focused on submitting only to the Father. After failing to cause Jesus to sin, one would think the evil one would have learned a lesson. However, it is apparent that his resolve toward humans only became stronger.

Today, even satan realizes his time is getting short, and he knows the outcome that’s waiting for him. (Matthew 25:41; Revelation 20:10). Even so, his destructive self-pride doesn’t stop him from trying to pull as many souls away from the Father as possible.

Although we are creations of the Triune God, He proved beyond all doubt that He is absolutely worthy of our total worship and praise. All so-called other human-designed gods are said to demand that their followers wholly submit to them, and any personal relationship is unheard of. In 1 Timothy 2:5-6 we read; “For there is one God, and there is one Mediator between God and men/women; the man Christ Jesus; who gave Himself as a ransom for all, which is the testimony given at the proper time.”

Our God wants each and every person on this earth to reach out and receive the divine gift that His Son provided at Calvary. (2 Peter 3:9) For that gift to take effect, it must be accepted. There are no earthly deeds, nor any earthly price that can be paid to have this gift. It’s there to be accepted or rejected by each and every individual. The “sin sacrifice” for our redemption was completed once and for all through the death, burial and resurrection of Jesus. Prior to this, all sin-sacrifices were temporary, and were in place to show willingness to follow God’s will.

By calling out to Jesus and acknowledging we are all sinners (Romans 3:23); asking His forgiveness and to come into our hearts as our Savior (Romans 10:9-13), we change our eternal address to a Home built by Him in Heaven. (John 14:1-3) We give Jesus the “possession of our souls” in exchange for the blood He shed.

God knows human nature, and realizes more will follow the desires of this world than will accept the straight and narrow way. (Matthew 7:13-14) The only difficulty in accepting the Savior is in the minds of those who don’t want to change because of the lures that satan provides.

We who are saved can sing of our victory through songs such as the one Ms. Crosby wrote. Consider the words of Hope and Praise and Promise:

(1) Redeemed, how I love to proclaim it! Redeemed by the blood of the Lamb; redeemed through His infinite mercy; His child and forever I am.

(2) Redeemed, and so happy in Jesus; no language my rapture can tell. I know that the light of His presence; with me doth eternally dwell.

(3) I think of my Blessed Redeemer; I think of Him all the day long. I sing for I cannot be silent; His love is the theme of my song.

(4) I know I shall see in His beauty, the King in whose law I delight. Who lovingly guardeth my footsteps; and giveth me songs in the night.

(5) I know there’s a crown that is waiting; in yonder bright mansion for me. And soon with the Spirit made perfect; at Home with the Lord I shall be.

As stated previously, the hardest part to grasp is how anyone could refuse such a blessing that is there for the asking. Their vision is focused no further than this world, and the thought of eternity doesn’t come to mind. Satan keeps them occupied with material things, and makes them seem all-important. Thoughts of a Redeemer is pushed aside for what we cannot take from this world.

My sincere hope is that all who have read this will take just a moment and make the most important decision ever. That is to call on Jesus and accept His sacrifice for all of our sins. All who truly call on Him will not be turned away, and they will be redeemed forever. He will be coming back very soon – as one expert put it “imminent”. He will be calling all true believers up to meet Him in the air to avoid the soon-coming tribulation/wrath. (1 Corinthians 15:51-53; 1 Thessalonians 4:13-17) To miss this opportunity would be a most terrible mistake.

Celebrate Everyday By Dennis Huebshman For many people today, the times for “celebrating” our Savior…

Face To Face By Dennis Huebshman As the world gets more and more evil, the…

Despicable By Dennis Huebshman When we hear the word “despicable”, one or more images comes…

Our God Reigns By Dennis Huebshman With all the hype that’s going on today, people…

Undeserved By Dennis Huebshman When we take a serious look at how we are living,…