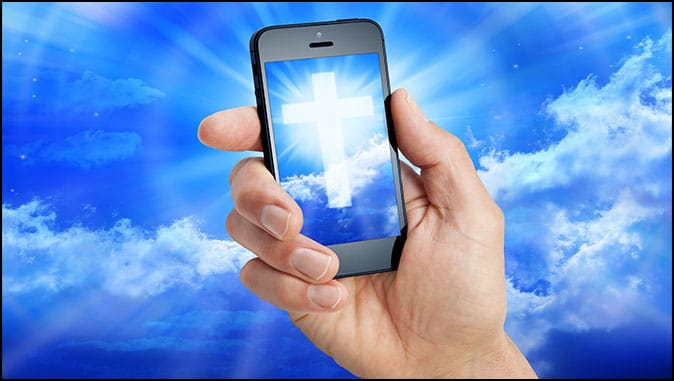 Reason For Calling Out
By Dennis Huebshman

Those of us who get to post messages on the Rapture sites, definitely have ulterior motives. Time is getting shorter, and there’s souls that are needing to call out to Jesus to be saved before the end of this age. We are following our Savior’s command to “spread the word” (Great Commission), but also are committed by our Father’s instructions, as well.

From emails I have received, there are those who appreciate knowing there is a pathway to Salvation, and it’s not all that difficult. (ABC’s Romans 10:9-13) The hardest part is believing and having faith that it is true. In some emails, there are those who only want to “nit-pick” or argue. I read every one that is sent, and respond accordingly. Please know, I give all credit for anything I am privileged to post to the Father with one disclaimer – any typo’s are mine and mine alone. (all emphasis mine)

Some may ask why take the time to do these posts, and the answer was made very clear to me in my Bible studies. Two different chapters in Ezekiel address the same directive to me, as I relate to the call of being a “Watchman”. So, for all the Watchmen/Watchwomen, please read carefully.

It’s rather lengthy, and at the time the warning was given mainly for Israel. Today, that warning holds true for everyone of every nation because of Calvary. James 3:1 states, “Not many of you should become teachers, my brothers, for you know that we who teach will be judged with greater strictness.”

Going to Ezekiel 33:7-9; “So you, son of man, I have made a Watchman for the House of Israel. Whenever you hear a word from My mouth, you shall give them warning from Me. (8) If I say to the wicked, O wicked one, you shall surely die, and you do not speak to warn the wicked to turn from his way, that wicked person shall die in his iniquity, but his blood I shall require at your hand. (9) But if you warn the wicked to turn from his way, and he does not turn from his way, that person shall die in his iniquity, but you will have delivered your soul.” This may be a shorter version, but the command is the same, and when God repeats something, it needs to be noted. Also, when Ezekiel referred to a “righteous” person being lost, this would not be someone who called out to the Savior after His resurrection to be saved. Pre-calvary, God required people to worship Him and not any foreign gods, and those who did so were righteous. Those who turned and worshiped other gods fell from His righteousness.

Today, this would refer to a person who “appears” to be righteous, but is still attached to this world. It’s one who believes there are many ways to Heaven without Jesus, and thinks their “deeds” will earn them Salvation. They’ve never formed any relationship with the Lord It’s being taught in some evangelical services that all religions worship the same God A person today who has received and accepted Jesus knows that we are sinners, and only Jesus can bring us to the Father. (Romans 3:23; John 14:6; Acts 4:12)

Jesus knows who has, and who has not received and accepted Him. John 10:27-30; “My sheep hear My voice, and I know them, and they follow Me. (28) I give them eternal life, and they will never perish, and no one will snatch them out of My hand. (29) My Father who has given them to Me, is greater than all, and no one is able to snatch them out of the Father’s hand. (30) I and the Father are One.”

Paul gave a great description of the security that a true believer has in Romans 8:38-39; “For I am sure that neither death nor life, nor angels nor rulers, nor things present nor things to come, nor powers, (39) nor height nor depth, nor anything else in all creation will be able to separate us from the love of God in Christ Jesus our Lord.” Romans 8:1 is absolutely to the point; “There is therefore now no condemnation for those who are in Christ Jesus.”

These are the assurances we have that no matter what we go through here, we belong to Jesus. Our relationship with Him – My Relationship with Him – is more important than anything this world has to offer. Satan would have you believe otherwise, and as stated in 1 Peter 5:8; “Be sober-minded, be watchful. Your adversary the devil prowls around like a roaring lion, seeking someone to devour.” Our assurance from Jesus is John 16:33; “I have said these things to you, that in Me you may have peace. In the world you will have tribulation. But take heart, I have overcome the world.”

As “WatchPersons”, all who are posting the word of the Lord have seen the condition this world is sliding into. Evil is rampant; hate toward anything to do with Jesus is growing daily, and despite what our so-called government officials are saying, it isn’t going to get any better. It’s apparent the new world order is taking control more and more, and is making preparations for the appearance of their one world leader (antichrist) and the one who will administer his demands (false prophet). It will be a time of tribulation such as this world has never seen.

For all who have received and accepted Jesus as their Savior, we won’t be here to go through that 7-year wrath/tribulation. This is given by God as a promise in 1 Thessalonians 1:10; 1 Thessalonians 5:9-10 and Romans 3:10. Paul tells us in 1 Thessalonians 4:13-17 and 1 Corinthians 15:51-53 about the event that will instantly (in the Twinkling of an Eye) remove all who have called on the name of the Lord, and we will rise up to meet Jesus in the air.

Right now, it’s not too early, nor too late to call on Jesus. When He calls His “church”, all true believers worldwide, you can be included. All who have not called, will be left behind to face the tribulation.

The outcome for the antichrist, false prophet, satan and his fallen angels was established long ago. They do not have any pathway to forgiveness. Matthew 25:41; Revelation 19:20 and Revelation 20:10 are specific as to their forever dwelling place. Going to Revelation 20:11-15, we find the fate of all who turned against God before Calvary, and all who rejected Jesus from Calvary to the end of the Millennial reign. That’s the Great White Throne Judgment where they will be thrown into the Lake of Fire – Hell- forever.

God will not force anyone to accept His Son, as that would not be true love on His part. He “allows” us free choice, and it’s up to each and every individual to accept or reject the Savior. There’s no “fees” to pay; no “righteous deeds” to be done. Just know in your heart that Jesus is the only way to Heaven, and your personal call is just as important to Him as anyone’s. God is no respecter of persons, and “All who Call on the name of the Lord, will be saved.” That’s Joel 2:32; Acts 2:21 and Romans 10:13. Titus 1:2 tells us God cannot and will not lie.

If you’re waiting for tomorrow or any other time to make the call, it could be the biggest mistake you could ever make. Jesus will be coming at any moment now, and to have missed the Rapture would be tragic, to say the least. All prophecy that has been fulfilled has been with 100% accuracy. The next main event on the agenda is the Rapture, and all the signs given in the Bible for the end of this age are here now. Please, don’t gamble on something this important. Call now.