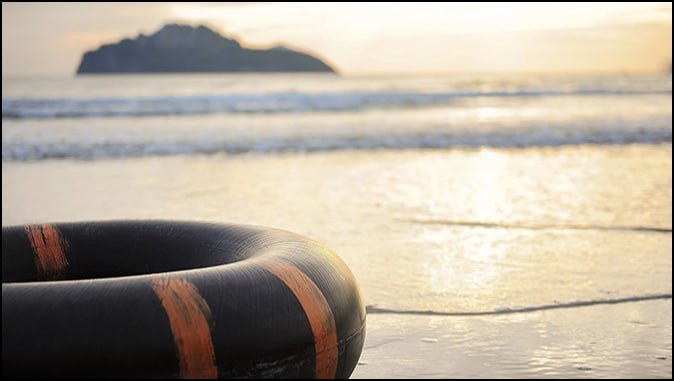 Play It Safe – Not!
By Dennis Huebshman

It would stand to reason that if a person were to just go along with the program, and do everything our world leaders tell us to do, we would Play It Safe, and live a very comfortable lifestyle. That’s all well and good if all you’re basing your entire existence on is this lifetime. (all emphasis mine)

Our human bodies were initially designed to last forever, but because of the Genesis 3 fall due to sin, we became “mortal”. As given in Psalm 90:10, “The days of our years are three score and ten (60+10=70), and if by reason of strength they be four score (80) years, yet is their strength labor and sorrow; for it is soon cut off (dies) and we fly away.”

Living past 70 is a gift, however, it comes with certain downfalls. We’re prone to “aging pains”; body function changes; blood pressure changes; more open to disease; and sadly for many, dementia. Each year that we are given can be viewed as a blessing, but inwardly, we’re longing to put off this shell, and go to our eternal home with Jesus. For true believers, that is. For those of this world, they want every minute they can possibly spend here, no matter what. Their eternity is not so inviting. One more point, we’re not “guaranteed” even one more day here, much less 70 to 80 years. There are deaths of all age brackets every day, and most are not expected.

To be open and declare ourselves as a “Christ Follower” today is an invitation to persecution. This is happening world-wide. In some areas, especially in the middle east and parts of Africa, a person is subject to martyrdom just for being in Christ.

In America, there are satan-inspired groups that go after any Christian business, and try to get them shut down, or be put into bankruptcy defending themselves from ridiculous lawsuits. They know the owners are Christian, yet they try to order services and products that they know the business people cannot fulfil with a clear conscience. Photographers, bakers, florists and other businesses that are following Christian principles are being taken to court for what are described as “illegal” practices. There are numerous “secular” businesses who would gladly provide those services, yet the Christians are purposely being singled out for persecution.

Jesus had no illusions about what His followers would face. John 16:33, “I have said these things to you, that in Me you may have peace. In the world you will have tribulation. But take heart; I have overcome the world.”

Paul told Timothy in 2 Timothy 3:12; “Indeed, all who desire to live a Godly life in Christ Jesus will be persecuted; while evil people and impostors (false prophets) will go from bad to worse; deceiving and being deceived.” Just a few verses later, he goes on to say our platform is solid in the Word of the Father, and we gain strength through faith and belief. Verses 16-17; “All Scripture is breathed out by God, and profitable for teaching, for reproof, for correction, and for training in righteousness; (17) that the man of God may be complete, equipped for good work.” For the Scriptures to be beneficial, they must be read regularly.

Peter backs this up in 2 Peter 1:20-21; “knowing this first of all, that no prophecy of Scripture comes from someone’s own interpretation. (21) For no prophecy was ever produced by the will of man, but men spoke from God as they were carried along by the Holy Spirit.”

In 2 Peter 2, he goes on to describe that there will be false teachers that will be among the people who are satan inspired. Their goal is to blaspheme the Holy Word for their own greed and evil motivations to lead people away from the Lord. He tells that they will be condemned, but they will cause damage while here.

Now is not the time for those who are putting out the true word of the Father to lay back and “Play It Safe”. We are seeing subtle changes in social media where messages of faith are being blocked; yet those of false prophets and antichrists are not. Many evangelical churches have changed from preaching the true word from the Bible, to putting on entertainment sessions with catchy music and ear-ticking messages that are not biblical. They just sound good so that the listener will return regularly and fill seats and collection plates. There is no mention of sin and eternal punishment. This will only get worse and speed up as time passes and the new world order takes more control. After the Rapture, and once the ultimate antichrist takes over, all worship will be directed toward him, or the people will suffer terrible fates.

In 1 John 2-5, we are warned that there would be an increase in false prophets and antichrists in the last days. In Revelation, John tells of what the final antichrist and false prophet would do in a 7-year tribulation period of time that will be more horrible than has ever been on this earth. It also tells of their final fate in the Lake of Fire.

Yes, I am a true believer in My Lord and Savior Jesus, as is my wife. I could just play it safe, and reason to myself that there are many bibles out there, and do nothing to pass on His precious words of eternal life. Problem is, there are many people in this world who are looking for something, and the messages others and myself put out may be just the key that the Holy Spirit will use to bring another soul to the Savior.

For me to not try and get My Jesus’ message out to as many as possible is just not in my nature. When I called out for His forgiveness over 30 years ago, it became a personal commitment for me to share His blessings and glory with all who will listen. Using the Savior’s example, I will not try to force anyone to accept the Gospel. I do try to present His messages in plain easy to understand language, yet give all honor, praise and glory to Him. After all, He has provided His words to me through His wonderful love letter (Bible), and it’s only fitting they be shared.

All the current signs worldwide are saying that we are nearing the end of this age. We are the generation that Jesus spoke of when He said to look up, because He would soon be coming for us. (Luke 21:28) The “Fig Tree” bloomed on May 14, 1948 as Israel became a sovereign nation for the first time in over 2000 years; a feat no other nation has ever accomplished. No one should be surprised as God said this would happen, and it did. As written, they have become prosperous and strong, considering they are about the size of New Jersey.

Israel has not been replaced by the Church, and right after the Rapture, God will again turn His full attention to them. (Romans 11:25) At this present time, it’s reported that only about 1% – 2% of the total Jewish population worldwide is Messianic – accept Jesus as Messiah. By the end of the tribulation/wrath period, that figure will be 100%, although nearly 2/3 will perish before the touch-earth return of the Savior.

Jesus did not “Play it Safe”, even though He could have stopped being brutalized at any time. He fulfilled His mission to provide for all of us the perfect sacrifice that would cover our sins. Our part in this is to confess to Him we are sinners (Romans 3:23), and ask His forgiveness. We must have faith and believe He died on that cross, and the Father raised Him from the dead three days later to conquer sin and death once and for all. He ascended back to Heaven (Raptured), and will come again to call up all true believers to meet Him in the air to keep us from the coming wrath.

False prophets will say there’s many ways to Heaven, and we all worship the same god. John 14:6 and Acts 4:12 specifically shows this is untrue. John 3:18 and 1 John 5:12 plainly state that whoever has the Son (Jesus) also has the Father. Without Jesus, there is no path to God, but a broad road that will lead to the Lake of Fire with satan and his demons.

Therefore, it is good to “Play it Safe” by receiving and accepting the wonderful gift that Jesus provided for all of us at Calvary. If anyone truly calls out to Him to be saved, He will turn no one away. (Acts 2:21 and Romans 10:9-13)

Play It Safe, call out to Him today – tomorrow is not promised, and He will be coming for us very soon. To take your last breath here on earth without Jesus is final and irreversible. (Revelation 20:11-15)