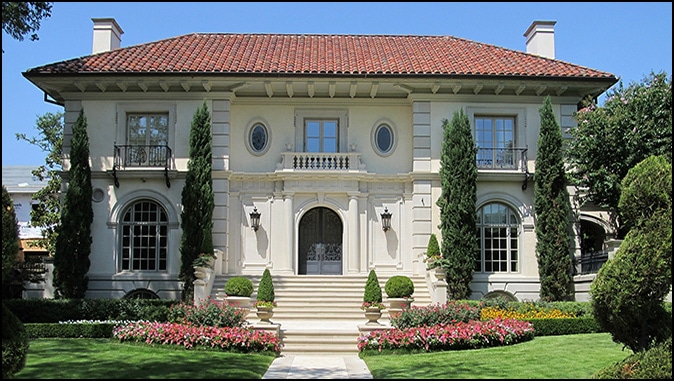 My Mansion
By Dennis Huebshman

People talk about going to Heaven and living in a great big mansion that is unparalleled here. My personal thought is, I would be satisfied with a one-room cabin without all the amenities. My absolute joy will be to be near my Lord and Savior, Jesus the Christ; and to serve Him faithfully all through eternity. Besides, in this earthly human form, we are mortal and need a certain amount of rest in order to survive and thrive. This shell we occupy is temporary, thanks to the first humans that God created. (any emphasis mine)

Once we are called up and receive our immortal forever bodies, we will rest when we want to, not because we have to. Also, there will be no darkness as our Savior will provide continuous light. Only that time of going through the millennium will be significant, and then mostly for the mortal humans that are there. As part of the Savior’s “army”, we will be there to serve Him in whatever tasks He will have for us.

Although this message is about another hymn, Hank Williams, Sr. had a song that the chorus is special for me.

When Jesus made the statement that He was going to “prepare a place” for us, (John 14:1-3) He was trying to give a glimpse of Heaven that the disciples could relate to and understand. No one could ever possibly imagine or describe just how beautiful and wonderful it will be when we are with Him forever.

When Jesus was talking with Nicodemus, a Pharisee, in John 3:12, He said, “If I have told you earthly things, and you do not believe, how can I tell you Heavenly things?” It should be noted that this Pharisee and Joseph of Arimathea got permission from Pilate to bury Jesus’ body after the crucifixion. Even though they secretly believed in Jesus because of a fear of unbelieving Jews, they put Him in a tomb that they probably thought He would be in from then on. Can you just imagine how Joseph later felt when he was told that his tomb was again available?

I have heard it said that if we actually knew what Heaven is like, we could not bear being on this earth another minute. Think of Paul and John who got a real glimpse of the Throne of God and all the splendor there. Paul spoke in 2 Corinthians 12:1-10 about “a man in Christ, having been caught up to the third Heaven.” He said that man (himself) heard things he could not repeat, and saw things he could not talk about. To keep him humble and from being conceited, he was given a thorn in the flesh. Although he asked that it be removed, the Lord answered in V.9, “My grace is sufficient for you, for My power is made perfect in weakness.” Paul was able to face all persecutions thrown at him, knowing he had a wonderful eternity ahead.

All through the Revelation of Jesus Christ, John attempted to give descriptions of things He saw and in words that he could understand at that time in history. All the future things he saw just about overwhelmed him. He even tried to bow and worship angels, but was told they were servants the same as him.

For “true believers”, John gave Jesus’ promise that we would not go through the “hour of trial” or tribulation, that will be coming on the whole world. (Revelation 3:10-11) We are concerned for all who will be left behind, however, it’s sad this will be due to their own choices that they have made. It will be the worst seven-year period of time this earth has ever experienced. The mayhem today is but a prelude to the total lawlessness and terror that will be here then.

A gospel songwriter of the mid-twentieth century was Ira Forest Stamphill. He wrote numerous songs, but in 1949, he wrote “Mansion Over The Hilltop”. It has been performed by many artists from just about every category, and even by Elvis Presley. It’s not a song of greed, but one of anticipation of just how wonderful and amazing our eternity in Heaven will be. The treasures he speaks of, though priceless on this earth, will seem to be ordinary compared to being in the presence of our Jesus.

(1) I’m satisfied with, just a cottage below; a little silver, and a little gold. But in that city, where the ransomed will shine, I want a gold one, that’s silver lined.

(ref) I’ve got a mansion, just over the hilltop. In that bright land where, we’ll never grow old. And someday yonder, we will never more wander; but walk on streets that are purest gold.

(2) Tho often tempted, tormented and tested; and like the prophet, my pillow is a stone. And tho I find here, no permanent dwelling; I know He’ll give me, a mansion of my own. (ref)

(3) Don’t think me poor, or deserted or lonely; I’m not discouraged; I’m Heaven bound. I’m just a pilgrim, in search of a City. I want a mansion, a harp and a crown. (ref)

The treasures of our Heavenly Home will be there for all of Jesus’ flock to enjoy. Can you just imagine a huge gate to the City that is made from just one pearl? Streets of gold, a river that appears to be glass. Yes, we will appreciate these things; but nowhere in comparison to experiencing the love of our Father, Son and Holy Spirit that we will have in Heaven.

But on the other hand, all who do not have Jesus as their Savior will experience a totally different eternity. Total darkness, despair, no hope, just wishing for a drop of water for their burning tongues. (Luke 16:24) Once a person’s last breath is taken here, their eternity is set. Heaven for all the believers; Hell for all others. There are no exceptions, no pardons for those facing the Lake of Fire – it’s forever!

The Savior would love to prepare your living space with Him if you will just call out sincerely to Him to be saved. (Acts 2:21; Romans 10:9-13) You have not sinned so great that you cannot be forgiven. The one that is unforgiveable is to leave here without the Father’s Son as your Redeemer, Savior, Shepherd and absolute best Friend.

Today would not be too early to call on Him – tomorrow may just be too late!

Immigrant – Legal vs. Illegal By Dennis Huebshman First, Immigrant: a person who comes to…

Because He Lives By Dennis Huebshman You may have noticed, this world is taking a…

I Am A Bride To Be! By Dennis Huebshman I can hardly wait to finally…

You’ve Said the Words, Now What?

You’ve Said the Words, Now What? By Dennis Huebshman If I had just a dollar…

Praise To The Lord The Almighty

Who Am I? By Dennis Huebshman Want to get into a real humble mood? Listen…