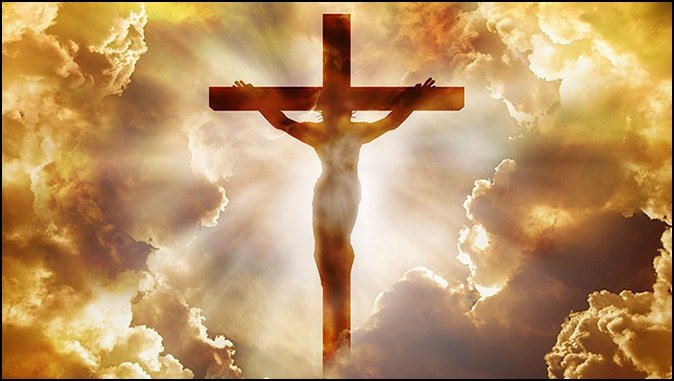 In Luke 1:37, we find an Angel talking to Mary about her upcoming pregnancy. Mary is confused as she has never had relations with any man, and asked how this would be possible. The Angel tells her, “For nothing will be impossible with God.” Rather than doubt the message, the reply in verse 38, “So Mary said, ‘Behold, I am the servant of the Lord; let it be to me according to your will; and the Angel departed from her.” (any emphasis mine)

Then, Matthew 19:26; Mark 10:27 and Luke 18:27 gives the result of a conversation Jesus had with a rich young ruler. After the young man decided his possessions were more important than the Kingdom of Heaven, Jesus commented it would be easier for a camel to go through the eye of a needle, than for a rich person to enter the Kingdom of God. The disciples asked Him, then who could be saved. Jesus replied, “This is impossible for mere humans, but for God, all things are possible.” It should be noted that He wasn’t saying rich people cannot be saved, but the influence of their wealth causes many to stay away from the true word. They choose the world’s “pleasures” over an eternal Heavenly Home.

There are people today that have a problem establishing a relationship with our Creator because they look at Him in earthly terms; not as our Creator, the Lord God Jehovah. Satan has convinced many people that God does not really exist; does not have a Son Jesus; and the Holy Spirit is a myth. He has convinced multitudes over the ages that the Bible is nothing more than a work of historical fiction.

In reality, satan knows the Trinity exists, yet still he is arrogant enough to believe he should be equal with the Father. James 2:19 tells us, “You believe that God is One, well and good. Even the demons (including satan) believe that, and tremble with fear.” Paul says in 2 Corinthians 4:4, “The god of this age (satan) has blinded the minds of unbelievers, so that they cannot see the light of the gospel that displays the glory of Christ, who is the image of God.”

How did this happen? Prior to the Garden of Eden, Ezekiel 28:17 tells why satan chose to rebel against God. “Your heart was proud because of your beauty; you corrupted your wisdom on account of your splendor. I threw you down to the ground; I placed you before kings, that they might see you.” Then Isaiah 14:12-14, “Look how you have fallen from the sky, O shining one, son of the dawn. You have been cut down to the ground, O conqueror of the nations! (13) You said to yourself; I will climb up to Heaven; above the stars of God; I will set my throne on high; I will sit on the Mount of Assembly in the far reaches of the north; (14) I will ascend above the heights of the cloud; I will make myself like the Most High.” It’s believed satan was probably the most beautiful Angel God created.

Proverbs 16:18, “Pride goes before destruction; and a haughty spirit before a fall.” Our Father hates “destructive self-pride”, and any instance where it’s used in the Bible, it’s met with His discipline. One of the best and most popular examples of this is found in Daniel 4. King Nebuchadnezzar (try to say that fast five times) had a dream that Daniel interpreted for him, and told the King that it was a clear warning from God. The King didn’t take it real serious, and a short time later he was walking on the roof of the royal palace of Babylon. He bragged to himself about how he had built everything there. He was instantly driven insane by the Father for whatever “seven periods of time” was, and lived like a wild beast. After that time passed, God restored the King’s sanity and his sovereignty of the throne. The King definitely learned a lesson from the ordeal, and gave all praise and glory to the Father. It is very possible we will see Nebuchadnezzar when we get Home.

There is a pride that is wholesome and pure. We should be proud that we have a Heavenly Father that loves us beyond our understanding (John 3:16-18; Romans 5:8). We should be proud that Jesus, one third of the Holy Trinity, gave up His position in Heaven to save unworthy people such as we all are. Romans 3:23, “for all have sinned, and fall short of the glory of God.” He came on a mission that would provide the only true way that we could ever have an eternal Home in paradise. John 14:6; “Jesus said, I am the Way; the Truth; and the Life; no one comes to the Father except by Me.”

When the Creator of the heavens and the earth is willing to humble Himself, and come here without all the accolades He deserves, and knowing exactly what He would face; He deserves every ounce of our praise, worship, and pride that we can be redeemed through His shed blood.

Isaiah 53:2b-5; “…He had no form or majesty that we should look at Him, and no beauty that we should desire Him. (3) He was despised and rejected by men; a man of sorrows, and acquainted with grief; and as one from whom men hide their faces, He was despised, and we esteemed Him not. (4) Surely, He has borne our griefs, and carried our sorrows; yet we esteemed Him stricken, smitten by God, and afflicted. (5) But, He was pierced for our transgressions; He was crushed for our iniquities; upon Him was the chastisement that brought us peace; and with His wounds we are healed.”

Hebrews 10:4 sums up how our sacrifices without Jesus would be; “For it is impossible for the blood of bulls and goats to take away sin.” God allowed the sacrifices, that had to be constantly repeated, to temporarily atone for man’s sin. It was all a prelude to Calvary, and through those sacrifices, people were showing submission to God’s will.

From Calvary forward, there is no sacrifice we can make that would be sufficient for the Father. It would be a true “Mission Impossible”.

Four verses takes the impossibility away, and makes a “Mission Possible”. I’ve already given John 14:6, which is absolute. Going to Acts 4:12; “And there is Salvation in no one else; for there is no other name under heaven given among people by which we must be saved.” Then Romans 5:8; “But God demonstrates His own love for us, in that while we were still sinners, Christ died for us.” And then of course, Romans 8:1; “There is therefore now no condemnation for those who are in Christ Jesus.”

We have the free-will choice to accept or reject Jesus as our Savior. However, Acts 2:21 and Romans 10:13 both tell us that; “All who call on the name of the Lord will be saved.” Jesus Himself gave us an invitation that should convince us He is sincere. Revelation 3:20; “Behold, I stand at the door and knock. If anyone hears My voice, and opens the door, I will come in to him/her, and eat with him/her, and he/she with Me.” That’s a promise of our Creator, and He cannot break any promise He makes.

This is a true love that we will only truly comprehend when we enter eternity with Him. There will be no hate, no immorality, no sin of any kind there; just a forever of true peace and harmony that is impossible to match on this earth.

Then comes the “however”. However, for those who reject the Savior’s invitation to receive and accept the absolute offer of forgiveness, and the gift He freely gave at Calvary, Revelation 20:11-15 will take place.

One point here, all who will be at the Great White Throne Judgment will not be in the Book of Life. They will not have an Advocate; A Savior; and will account for every sin they ever committed. From Genesis 1:1 to Calvary, all who were not in the will of the Father will be there. From Calvary to the end of the Millennium, all who denied Jesus will be there. No true believer that has Jesus as their Savior will face that Judgment.

The only hard part is to not have faith and believe that this is true. Satan will do everything in his power to turn all that he can away from Jesus. For those who accept the Savior, we are promised that the Holy Spirit will indwell us as long as we are on this earth. We will still slip and sin as this is human nature, but we have a solid pathway to forgiveness in 1 John 1:8-10.

Time for this earth is getting short. Our Savior could call for all true believers to meet Him in the air to keep us away from the coming Wrath. This could happen at any moment. To have Him in your heart is the true “Mission Possible” that we will forever be with Him. Please don’t gamble with your eternity. It’s much too long to pay for something you could have taken care of while still here. Call Today.

Light Not Shining – Change “Bulbs” By Dennis Huebshman Matthew 5:14-16; “You are the light…

The Perfect Sacrifice By Dennis Huebshman Many times, I have referenced Jesus as being the…

Kept From The Wrath

The Wait Is Nearly Over – Rejoice

The Wait Is Nearly Over – Rejoice By Dennis Huebshman Revelation 3:21, “Behold, I stand…