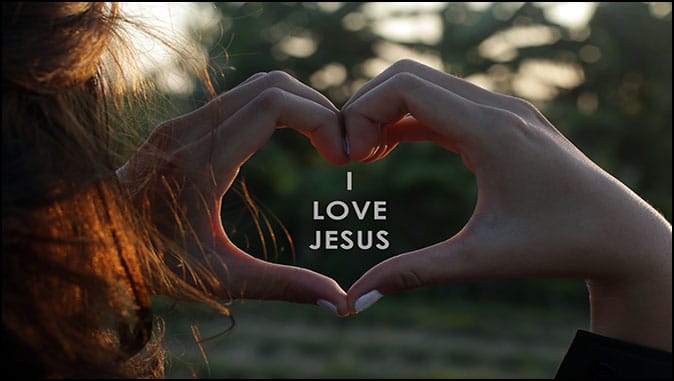 Make Room In Your Heart
By Dennis Huebshman

We are moving into a season where one of two times a year our Savior comes to mind. Of course, not everyone believes in or accepts Jesus, and the current holiday for them, centers around a jolly old man called Santa Claus. The other time of the year is Easter, and that too is not celebrated by all. To some, it’s a time for the “Easter Bunny” to hide eggs for children. (ESV – all emphasis mine)

Satan tries to play on all of our minds, and he makes every effort to dispel anything that has to do with Jesus and our Salvation. His lie is that all this “Jesus stuff” is just “legend”. He knows there are many who will follow his lies, and be totally tied to this earth without any concern for their eternity. Sadly, more will listen to satan than those who will accept Jesus. (Matthew 7:13l-14)

We read about the miraculous birth of our Savior in two of the Gospels, and also the story of His time in the temple in Jerusalem when He was 12 years old. Then, there is no more recorded about Him until He becomes 30 years of age. This was to give His ministry credibility as recorded in Numbers 4:30; “From thirty years old up to fifty years old, you shall list them, everyone who can come on duty.” This was the age requirement for the Levites to be able to be considered a religious authority for the common people. With Jesus being thirty at the start of His ministry, this took away one of the disqualifiers that the Sanhedrin could lay on Him. (Luke 3:23)

The religious leaders – Pharisees and Sadducees – took great self-pride in being more holy than anyone. They had rules, regulations and laws that covered just about every aspect of life. As each generation passed, from Moses to the days of Jesus, more and more “regulations” were added as each group tried to put their own personal stamp on the world.

Jesus had the most issues with the religious leaders, and often spoke against them. This did not make for good feelings, except for just a very few who saw Him for who He really was.

One of my favorite verses that Jesus used against them is found in Matthew 23:24; “You blind guides; straining out a gnat, and swallowing a camel!” He gave them quite a few “Woe-Be’s” after that as a follow up.

When speaking to Nicodemus in John 3:10; “Jesus answered him, ‘Are you the teacher of Israel, an yet you do not understand these things’?” I believe Jesus was truly trying to open his eyes and heart, and by the end of Jesus’ time here, it was apparent it worked on this particular leader.

In Matthew 27:57-60; Mark 15:43-46; Luke 23:50-53 and John 19:38-42, we have Joseph of Arimathea providing a burial place for the Savior, and John adds Nicodemus in his gospel. They were part of the religious establishment, and “quietly” provided burial for the Savior in order to not put themselves in a bad way with all the other members of the Sanhedrin. At the time of Jesus’ burial, no one, including His disciples, expected to see Jesus alive again.

All during His ministry, Jesus looked down on no one because of their “social standing”. He especially loved children, and used them as an example of the kind of faith we need to be saved. Also, His curing children’s diseases, driving out demons that possessed some and even raising a young girl back to life showed His love for them.

He also proved He was no respecter of persons by healing lepers. In one instance, He healed ten at once. On one occasion, He even touched one to heal him, which was strictly forbidden, as they were total outcasts from all society. Jesus treated lepers the same as everyone else He encountered.

Our Savior gave us a pure example as to how we should respond to sinners. The woman caught in adultery would normally have been stoned, but certain Scribes and Pharisees brought her to Him to get His response, and to try and trap Him. He hit their egos dead on by telling them that whoever had no sin in their lives could throw the first stone. Two points here; first, Jesus was the only sinless person there; and second, where was the man involved in the adultery? Normally, both offenders were stoned together.

Another sign Jesus gave that showed He was here for everyone, was His encounter with the woman at the well. (John 4:7-42) She was a Samaritan, which the Jews refused to associate with. His actions toward her, and His message for her caused a whole town to believe in Him.

He made it plain that John 10:16 was not just “lip-service”. “And I have other sheep that are not of this fold. I must bring them also, and they will listen to My voice. So there will be one flock, One Shepherd.” Yes, the Jews are God’s chosen through a covenant with Abraham; but the blood of Jesus is there for every heart that beats on this earth. Even the Jews must receive and accept Jesus as Messiah in order to have eternal life with Him.

A huge question here is, do you have room in your heart for Jesus? In October of 2017, Casting Crowns released a song “Make Room In Your Heart”. It’s a great song for this time of year, but meaningful year round. Please consider the words.

1.) Family hiding from the storm; found no place at the keeper’s door. It was for this a Child was born, to save the world so cold and hollow.

2.) The sleeping town did not know; that lying in a manger low; a Savior King who had no home, has come to heal our sorrows.

3.) Shepherds counting sheep at night; do not fear the glory light. You are precious in His sight; God has come to raise the lowly.

4.) Mother holds the Promise tight; every wrong will be made right. The road is straight, and the burden’s light, for in His hands He holds tomorrow.

Jesus will force no one to receive and accept Him; but neither will He turn anyone away who truly calls out to be saved by Him. Follow Romans 10:9-13. There’s nothing complicated; no hidden meanings; no secret ceremonies or incantations; just a pure honest invitation to spend eternity with the One who paid our pardon in full.

The down side is that all who reject Him; all who listen to satan’s lies rather than believe God’s pure word, will spend eternity away from Him. It will not be a place of partying as some would believe, and there’s absolutely no light there. That’s why it’s referred to as the “outer darkness”. And, it is forever.

The choice is totally up to each and every individual. God’s word is absolute truth (Hebrews 6:18; Titus 1:2 and Numbers 23:19), and what is written will never change. False prophets are in some evangelical churches today telling people that there are many ways to heaven, and the abominations that God has condemned no longer apply. God’s word is the same today as when first given to us, and will be so up to the very end of this earth.

All the signs are here telling us that this age s just about over. The only major prophecies left are the Rapture, the attack on Israel, and the introduction of the “man of lawlessness” in 2 Thessalonians 2. That’s the antichrist, and true believers today will not be here when he comes on the scene.

Call on Jesus today, as He could very well come at any moment. As Paul said in 1 Corinthians 15:52; “at the twinkling of an eye.” That is faster than anyone can imagine, and no one will be able to react when the trumpet sounds and the shout comes from the archangel. All who have not received and accepted Jesus at that point will go into the worst period of time this earth has ever seen.

God’s promise of “All who call on the Lord will be saved”, is there for everyone. Hope to see you at Home!

I Know Whom I have Believed

I Know Whom I have Believed By Dennis Huebshman From Paul in 2 Timothy 1:12;…

Pass It On Again

Pass It On Again By Dennis Huebshman Matthew 28:19-20; “Go therefore and make disciples of…

Urgency Getting Stronger By Dennis Huebshman Just about three years ago, I submitted a message…

True Healing By Dennis Huebshman Today, we see signs in many places that say, “Pray…

Looking For December 26 By Dennis Huebshman Once again, we have reached that time of…