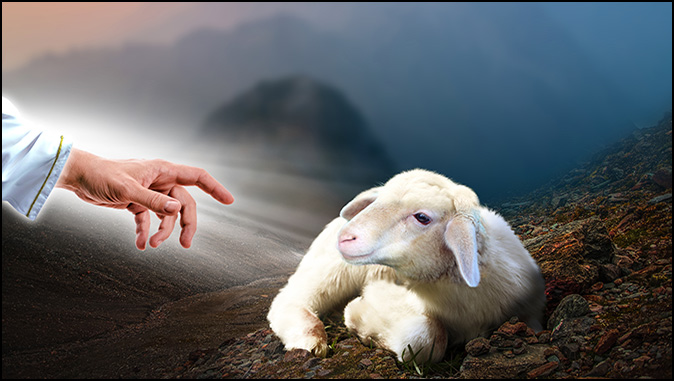 Not too long ago, the song “Oh Gentle Shepherd” came to my mind, and I was blessed to be able to post a message using this wonderful hymn. In just a short period of time since then, violence, evil, hatred and world chaos have increased significantly. Revisiting this topic seemed appropriate for today’s atmosphere. Because the song by Cindy Walker (7/1918 – 3/2006) of Mart, Texas was already given, I will invite anyone to listen to the different versions on YouTube. My personal favorite is by Jim Reeves (8/1923 – 7/1964) of Galloway, Texas. (ESV – any emphasis is mine)

This world has now reached the stage where there is not just a bit of evil here, but the speed by which it is gaining ground is unprecedented. From the first sin in the Garden of Eden (Genesis 3), all the way to the culture of today, evil has been growing by leaps and bounds. As for our Heavenly Father, He is not at all surprised. His “Love Letter” to us – the Bible – is explicit as to what His creation would evolve to by the end of this age. Some scriptures in this message have been repeated, but God’s word is always appropriate.

Before anyone can take the bible seriously, they must first believe that the Lord God Jehovah is the one and only Triune God – Father, Son and Holy Spirit. All other so-called deities are man-made and their followers are led by threats and coercion. No one in them ever knows if they’ve done enough to “please” their gods, and whether or not they have a place in their “paradise”. Anything that has to do with the one and only True God is considered to be foolishness to them. (1 Corinthians 1:18)

Our Father is a God of love (John 3:16-18), who will not take delight in causing anyone to feel insignificant We are all important in His sight. He wants us to know for certain whether or not we will have eternity with Him, and the requirements are not difficult at all. Some may say that the way to Jesus is “hard”, but that’s only because they do not trust the word to be faithful and true. They believe there has to be more they can personally do to earn or buy their way to Heaven. Titus 1:2 specifically states that God never lies. Ephesians 2:8-9 tells us we are saved by grace, and not of any works we can do, so that no one can boast that they saved themselves.

Romans 10:17 tells us how to gain faith. “So faith comes from hearing, and hearing through the Word of Christ.” False religions say there’s many ways to Heaven, and Jesus was just a good prophet. John 14:6 plainly states; “And Jesus said to him, I am the Way, the Truth and the Life; no one comes to the Father except through Me.” Then there’s Acts 4:12 where Peter declares; “And there is Salvation in no one else; for there is no other name under Heaven, given among men, by which we must be saved.” Romans 8:1 states; “There is therefore now no condemnation for those who are in Christ Jesus.”

The world is swayed by a fallen archangel called Lucifer or satan. He is notorious for causing doubts in the minds of many with the same line he used on Eve at the beginning; “Did God really say?”. With all the enticements available in the world today, that old line still works wonders. People would rather believe the lies and pursue so-called earthly “pleasures”, than to secure their eternal souls with the One who gave us the most wonderful gift of all.

Jesus wasn’t forced to come to this earth and go through a terrible and painful death for us; He came willingly. (John 10:18) He didn’t come just for a specific group of people, but for every living soul that will accept Him. (John 10:16) Jesus Himself stated that He was the “Good Shepherd”; and that He would know His own sheep, and they would know Him. He stated that the Father, knows Him, and He knows the Father, and He would lay down His life for the sheep. (John 10:14-15)

To a supposedly logical mind, one would think that when an offer to have a forever, immortal and imperishable body, is made; and to have a forever Home created by the Son of God Himself for every true believer; to never face death or suffering again; that the line to be a part of this would be never ending. Sadly, this is not the case. As time gets closer to the end of this age, more people are turning away from the Savior than are calling out to be saved.

Matthew 7:13-14; “Enter by the narrow gate. For the gate is wide and the way is easy that leads to destruction, and those who enter by it are many. (14) For the gate is narrow, and the way is hard that leads to life, and those that find it are few.” The Father has given each and every person the right to freely choose which pathway and which gate they will enter. He forces no one to accept the offer of the free gift that was paid for in full by His Son, Jesus the Christ, on a cruel cross at Calvary.

Hebrews 10:4 states it’s impossible for the blood of bulls and goats to completely save us, however, God allowed these sacrifices as a “temporary” measure until the perfect sacrifice could be made. That sacrifice could only be through a part of the Father Himself, in the form of His Son, Jesus.

Although Jesus became fully human while He lived on this earth, He was still fully God. For that short period of earth’s history, He willingly allowed Himself to become lower than the angels (Hebrews 2:9) until the sacrifice could be made. He was the only “Human” in the history of the earth that led a sinless life, and the only one that ever would. Our Father is all about perfection, and even one sin would have disqualified our Savior’s blood sacrifice.

While Jesus was human, and after fasting for 40 days, satan was allowed to try and tempt Him to sin in several different ways. This is recorded in Matthew 4:1-11 and Luke 4:1-13. Jesus stood against satan, and at the end of the trial, He was victorious. It’s sad that when satan fell from Heaven, that about 1/3 of the heavenly host fell with him, and therefore becoming his “demons”. They have no pathway to forgiveness, and the lake of fire was prepared specifically for them. (Matthew 25:41)

Our Gentle Shepherd loves each and every one of us, even those who will never accept Him as their Savior. He gave us a beautiful example of His love while on the cross, when He asked that those who were crucifying Him be forgiven. (Luke 23:34) His plea for forgiveness even extended to the religious leaders of His day because He loved them for their eternal souls. He just didn’t like them as a person because of their evil hearts. He spoke openly and honestly with them on numerous occasions, and only a few believed in Him. The quest for notoriety and power clouded the majority’s reasoning. They could only see as far as that day without regard for their eternal souls.

To become a part of His flock, just follow the simple steps of Romans 10:9-13. It’s as simple as Admitting or confessing we are sinners, and to ask forgiveness from the Savior. Next, Believe and have faith that Jesus is truly the Son of God, and that He gave His life as a sacrifice so that we could have the gift of eternal life in Heaven. We also believe that He died a human death on that cross, and God raised Him from the dead three days later. Finally, all who truly Call on Him to be their Savior will be saved.

The unforgivable sin is to not have received and accepted Jesus as Savior when a person takes their last breath on this earth. The outcome will be the Great White Throne Judgment of Revelation 20:11-15 from which there is no pardon. All at that judgment will spend eternity in the Lake of Fire with satan and his demons.

As stated earlier, we are at the point of the approaching unknown day and hour. The call for all believers, the Rapture, could take place at any hour, any minute even any second now. For the scriptures on this, see 1 Thessalonians 4:13-17 and 1 Corinthians 15:51-53.

The Father will force no one to call out, but will accept all who do. Jesus paid for our sins with a very cruel death that should have been ours. The grace of Jesus and the mercy of the Father is ours for the asking. No amount of works, as stated earlier, could earn even one second of time in Heaven. Remember, “Jesus paid it all; all to Him I owe; Sin had left a crimson stain; He washed it white as snow.”

Today would not be too early to call on Him to get your free gift. It is possible that to wait another day could place a person in a time that this earth will go through that is worse than has ever been. Please do not gamble with your eternal soul.

Shalom Aleclem – Peace Be With You!

Ashamed of Jesus? Shame On You!

Ashamed of Jesus? Shame On You! By Dennis Huebshman The attitude of the world today,…