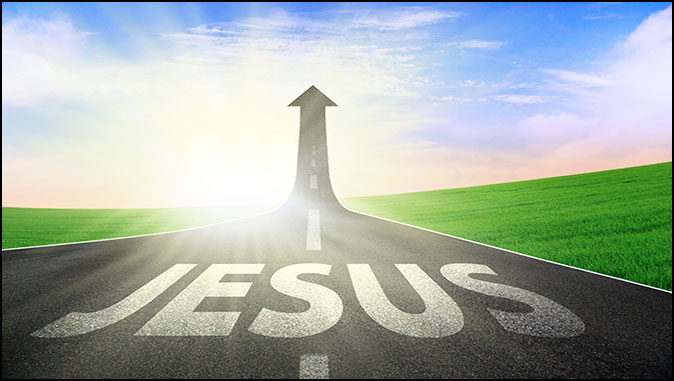 It Is What It Is
By Dennis Huebshman

Acts 4:12; “And there is Salvation in no one else, for there is no other name under Heaven, given among men, by which we must be saved.” (ESV all emphasis mine)

Acts 10:34-35; “So Peter opened his mouth and said, ‘Truly I understand that God shows no partiality, (35) but in every nation, anyone who fears Him and does what is right is acceptable to Him’.”

John 14:6; “And Jesus said to him, I am the Way, the Truth and the Life; no one comes to the Father except through Me.”

First and foremost, do any of the above passages say there’s “many ways to Heaven”? Second, do any of them say only certain races or tribes or groups are the only ones bound for Heaven? To clarify the second question, John 10:16; “And I have other sheep that are not of this (Jewish) fold. I must being them (everyone else) also, and they will listen to My voice. So there will be one flock, one Shepherd”.

Everything so far is in plain and easy to understand language. Do not complicate what the Father has given us. Jesus had the most problems with the scribes and pharisees who believed they were to be worshipped as they were so “righteous and pious” in their own eyes, and they created rules and regulations for everyone else to follow. Matthew 23:24-25; “You blind guides; straining out a gnat, and swallowing a camel. (25) Woe to you, scribes and pharisees, hypocrites! For you clean the outside of the cup and plate, but inside they are full of greed and self-indulgence.”

Before He ever came to this earth as a human and became lower than the angels (Hebrews 2:7-9), our Savior knew what He would have to endure to pay our sin debt. Isaiah 53:5-6; “But He was pierced for our transgressions; He was crushed for our iniquities; upon Him was the chastisement that brought us peace; and with His wounds we are healed. (6) All we like sheep have gone astray; we have turned – everyone – to his own way; and the Lord has laid on Him the iniquity of us all.”

The very basic “what it is”, has been described in several places for us in the New Testament books. It gives why Jesus came, what He was here for, and what is our role in our eternal Salvation.

First, John 3:16-18; “For God so loved the world, that He gave His only Son, that whoever believes in Him should not perish, but have eternal life.” We have to understand that God’s love is so pure and perfect that sometimes it’s hard to realize just how deep it is.

John 3:17; “For God did not send His Son into the world to condemn the world, but in order that the world might be saved through Him.” God has no illusions; only He could possibly provide a sacrifice pure enough to satisfy His own demand for perfection.

John 3:18; “Whoever believes in Him is not condemned; but whoever does not believe is condemned already, because he has not believed in the name of the only Son of God.”

Is there anyone else who is righteous enough that they do not really need a Savior? Romans 3:10; “None is righteous, no not one.” Romans 3:23; “For all have sinned and fall short of the glory of God.” Then, of course, Romans 6:23; “For the wages of sin is death; but the free gift of God is eternal life in Christ Jesus our Lord.”

For those who may believe that Jesus died only for the so-called righteous; Romans 5:8; “but God shows His love for us in that while we were still sinners, Christ died for us.”

The next question may be; so if we’re all tainted with sin, how do we get “justified” to be called saved? First of all, in John 17, Jesus prayed to the Father to sanctify or declare holy the disciples He was about to leave behind. In verse 20, He stated; “I do not ask for these only, but also for those who will believe in Me through their word.” That applies to every living soul on this earth, from that moment all the way to the end of the Millennium. All who are reading this right now are included.

Now, for our requirement to be saved and have the Holy Spirit dwell within us, there are very simple and uncomplicated steps. Jesus told of the Spirit He would send in John 14:15-17, when we receive and accept Him as our Savior.

Romans 10:9-13 are the verses that give us the ABC’s. “(9) because if you confess (ADMIT) with your mouth that Jesus is Lord, and BELIEVE in your heart that God raised Him from the dead, you will be saved. (10) For with the heart one believes, and is justified; and with the mouth one CONFESSES and is saved.”

Once again, for anyone who may be mute, God “hears” all of their thoughts and knows the condition of their hearts. Those who believe in His Son actually speak volumes to Him in their minds.

“(11) For the scripture says, ‘Everyone who believes in Him will not be put to shame’. (12 For there is no distinction between Jew and Greek; for the same Lord is Lord of all, bestowing His riches on all who call on Him. (13) For all who call on the name of the Lord will be saved.”

So, looking at these verses, what is our obligation in our Salvation? ADMIT we are sinners in need of a Savior; BELIEVE Jesus is the only One who is our Savior; CALL on Him to forgive and rescue us and we are saved – that’s it.

Ephesians 2:8-9; “For by grace you are saved through faith. And this is not your own doing; it is the gift of God, (9) not a result of works so that no one may boast.”

Through the grace provided to all who will receive and accept Jesus, we receive the mercy from the Father for all our sins. This can’t be bought; can’t be earned.

On the other side of the coin, is it not obvious that all who reject Jesus as their Savior will have to answer for every sin they ever committed? That will be done at the very long line at the Great White Throne Judgment of Revelation 20:11-15. No true believer will be in that line.

The time to call on Jesus is right now as all the signs of the end of this age are here at the same time for the first time ever. All who will have called on Him will rise up at the sound of the Trumpet of God, and the shout from the archangel, to meet our Jesus in the air. This could take place at any minute now.

Once a person takes their final breath on this earth, either through death or by Rapture, their eternity is set. It’s an individual and personal choice, and God will force no one either way.

It is what it is; receive and accept is Heaven; reject is hell – there is no other option. Please consider carefully where you would prefer to spend eternity. We hope to see you with us at the feet of Jesus.

Power Of The Cross