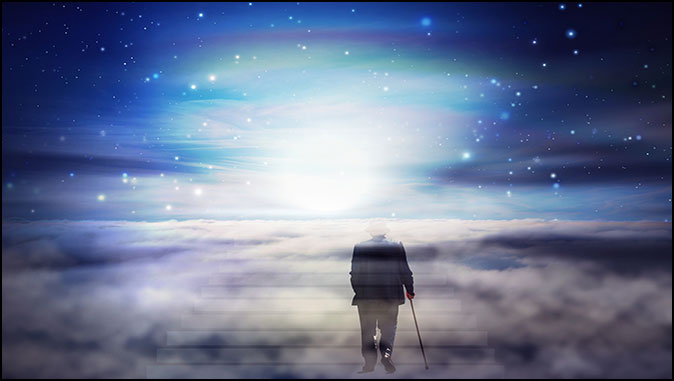 In The Sweet By And By
By Dennis Huebshman

Pure raw unadulterated anger; violent riots; changing weather patterns; pestilence; volcanoes in various places; earthquakes in various places; anything truly Christian labeled as a hate belief; law enforcement under attack; military being disrespected. These are just some of the attitudes and satanic patterns taking place in our world today. And, Yes, satanic; and before moving on, how about the churches of satan that have opened and are opening around the country? Prior to about a decade ago, we wouldn’t have heard of such a thing.(any emphasis mine)

Checking the Father’s chosen people, for just about four years, they had relief and backing from our past president. They experienced respect they have not been shown since May 14, 1948. However, with the current administration, it is already obvious they will soon return to being called “trespassers” and “occupiers” in their own land. By the way, their land was given to them by the Lord God Jehovah, and actually covers much more territory than they presently reside in. It’s as if no one who should count, has ever read or believed the Word of God.

How about a march that involved a bunch of “protestors” in California not too long ago? They were carrying signs that said, “God, Get Out Of California”. They apparently got more than they bargained for as a short time later the west coast fires started. A whole lot of land and houses were destroyed. Does any one else see a possible connection?

We’re told in the Bible that in the latter days that there would be a turning away from anything Holy, and people living for their own selfish passions. Sounds like today’s news headlines – at least any that actually reports the truth any more that is.

We’re told false prophets and antichrists would be more prevalent toward the end of this age, and their activities today are noticeably increasing. They were present even in the first century, and as stated, in the past decade or so have been making their presence known. “Pastors” in more than a few previously bible-based churches are now teaching that the abominations God listed in His Word, no longer are wrong, and no longer apply.

People are being led away from the true word of the Father, and being given “entertainment ear tickling” sessions. If sin is mentioned at all, it is only in passing. The “one to three” hour a week “Christians” are being led on a path straight to the White Throne Judgment of Revelation 20:11-15. The goal is to make them “feel good” to keep seats and collection plates full.

Those who have received and accepted Jesus as their true Messiah, are being warned to be more “tolerant” toward those who have not accepted Him. There are “faux bibles” being published that are changing the Word of Go to reflect that any sexual preference is now all right with God. Thing is, God set the standard at the very beginning of creation, and to Him it’s as if only a few minutes have passed. He does not change His mind to suit those who He created.

Ever since our Savior was on this earth, and from the time of His death, burial, resurrection and rapture back into Heaven, people have waited for His return. Before that could happen, several prophetic events had to take place.

First, until Israel again became a Sovereign Nation on May 14, 1948, the signs of His return were not complete. Also, Israel had to become prosperous, growing their own food and producing their own wine from ground that was infertile before this. Today, they meet all the requirements prophecy said that the generation that saw all this would not pass before the end of time. So far, it’s been almost 72 years, and that’s close to a complete generation.

This world is being purposely directed toward a one-world government with a one-world currency and a one-world leader. Best part about all this, all who belong to Jesus will be “pulled away” from here before that “leader”, the antichrist, makes his appearance. That’s found in 2 Thessalonians 2:3-9.

There are those today who are so engrossed with this world, that they are actively seeking ways to get the tribulation period started. They are led to believe that somehow satan will be able to give them everything they desire without any consequences, and to overcome the Holy Trinity. Again, their reward will be the Lake of Fire, and God knows who will not receive and accept His Son.

For all who have Jesus as our Savior, we are looking to leave this earth, be given our forever bodies, and be with our wonderful Savior Forever. It will definitely be “Sweet, By and By”. This brings up a favorite hymn written by Sanford Filmore Bennett (1836-1898) in 1868. The music was composed by a friend of his, Joseph Philbrick Webster (1819-1875). Just reading the words of this wonderful song is inspirational.

(1) There’s a land that is fairer than day; and by faith we can see it afar. For the Father waits over the way; to prepare us a dwelling place there.

(2) We shall sing on that beautiful shore; the melodious songs of the blest. And our spirits shall sorrow no more; not a sigh for the blessing of rest.

(3) To our bountiful Father above; we will offer our tribute of praise. For the glorious gift of His love; and the blessings that hallow our days.

We have grief and trials and tribulations here, but we’re not Home yet. Our journey is getting closer to completion, and just any day now we could be leaving this sin-filled place.

For all who are unprepared, that do not have Jesus as their Savior, it will be a terrible time during the 7-year wrath/tribulation. Ironically, it’s so easy to call on Jesus, believe He really died for our sins, confess we’re all sinners in need of a Savior, and ask Him to forgive us and to become a part of His precious flock.

That’s it, Go to Romans 10:9-13 for the details. Especially read verse 13 which states, “All who call on the name of the Lord will be saved.”

God is very serious about this, and will show mercy to all who accept the gift of grace provided by His Son. Today would not be too early; tomorrow could just be too late. Call today, and it will be the best decision you will ever make on this earth.